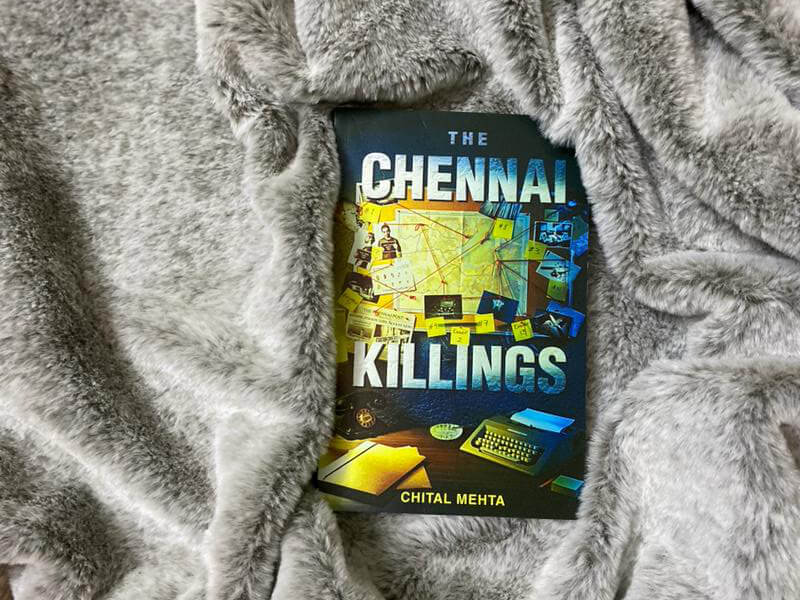 The Chennai Killings by Chital Mehta

Inspector Vikram has been reeling ever since his younger sister, Priya’s mindless murder 2 years ago.  Despite trying his best to move on, he seems to be stuck in limbo unable to accept the grief as the cold blooded killer seems to have gotten away.  Anusha, his wife keeps reminding him of his duties to her and their 7-year-old son Aarav but Vikram just can’t let go of the past.

The spine chilling murder of another collegian, Sandhya leads to Vikram being assigned to the case.  This one seems to hit a bit too close to home.  As he goes about trying to piece together the murder, he comes upon the most unlikely connections between the two victims.

As the plot unravels with the entry of new characters, Vikram tries his best to keep it together and not let his emotions cloud his thoughts and perceptions.   While dealing with the girl’s family members and friends, the Inspector slowly starts connecting to dots in order to figure out the whole agenda behind the sinister death.

Vikram edges closer and closer towards discovering the real truth; one that will finally set him free or will it really?  Does he make sure that Justice is served or does the culprit manage to get away with it all?

Recommendation:  A gripping read that kept me guessing till the very end.  Initially the plot felt fairly simplistic with more focus on the play of human emotions rather than any real mystery.  I mean, the murder itself didn’t feel like there was any real mystery and that’s wherein the true brilliance lies.

The well-defined characters and respective backstories were enjoyable and have been pieced together without letting the tautness of the main plot drop.

However as the plot unfolded, a series of events and characters enfolded quick and fast.  Not once could I have predicted the final twist.  This one turned out to be a brilliant book that I practically read from cover to cover.  Good thing it wasn’t too long.