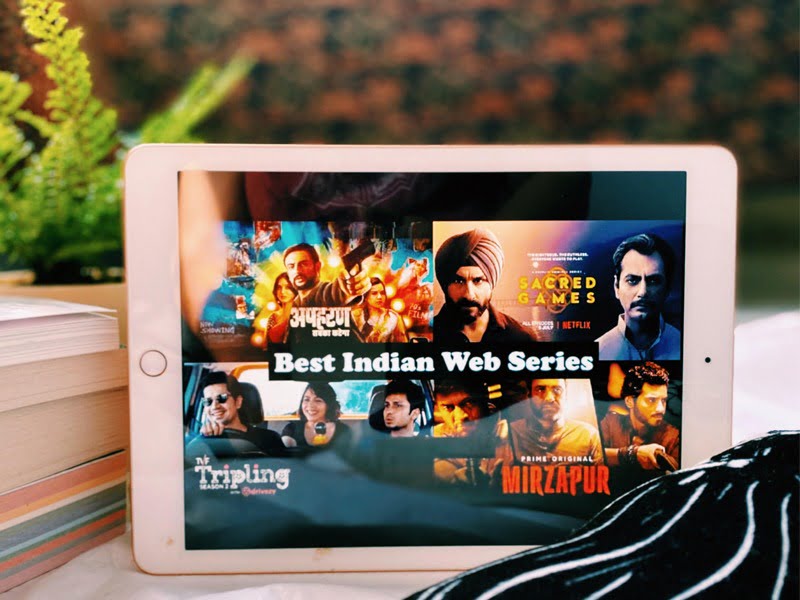 Gone are those days when we used to sit in front of our TV sets and flip the channels, searching for something appealing to watch. When we talk about the traditional content watching culture, it has changed drastically over the last five years. It has been revolutionized. OTT platforms have easily resolved our what-to-watch problems, making it super simple to watch everything at our ease.

But if for a second we do not take into consideration the new generation, then not everyone is comfortable with these services. Some still prefer the traditional methods, where they like to watch whatever is being telecasted at whatever time; those some comprising even our parents. Unlike us, who start watching anything we see, our parents find it extremely difficult to choose one show from the huge list. To solve their dilemma, below is the list of 10 Indian web series that parents would love to binge-watch:

The Family Man, starring Manoj Bajpayee and Priyamani, is an action-thriller series with a lot going on. It follows Srikant Tiwari a middle class man who works as an intelligence officer in secret. Despite the seriousness of Srikant’s post, he is a chilled-out, joking man, that all of us cannot help admire. His relationship with his family is very genuine, like that of our own.

I found the web series highly addictive with lots of twists and turns. The ending was a cliff-hanger that left me on the edge of my seat. If you could excuse a little use of slangs, then this is the perfect 5 star show, recommended to all the mummies.

The Family Man is available for you to watch on Amazon Prime Video.

Gullak is the story of a lower-middle-class family comprising the parents and their two sons. This five-episode web series is something that will definitely take you down your memory lane. The noisy yet loving mom, the bickering dad, and the siblings that fight every single moment; you’ll find countless family moments that will bring a glazed look to your eyes as you revisit your own past. How we used to cherish the money we got from our parents, utilizing it in the best way possible. The characters are very down-to-earth; their stories our own. All of them played their roles with great efficiency, making Gullak a perfect show to watch with the whole family.

You can stream Gullak on TVF and SonyLiv

While The Family Man is more entertainment-based, Special OPS drives more towards seriousness and action. The series starts with Himmat Singh (Kay Kay Menon), an intelligence officer explaining his mission expenses to two RAW agents. Himmat believes that the mastermind who planned the attack on the Indian Parliament is still operational, and works towards catching him. This highly engrossing espionage series portrays several officers who are working on the mission.

The performance of every character is phenomenal and I highly appreciate Kay Kay Menon for his skills. The cinematography is also admirable with great scenes from various places.

You can watch Special OPS on Disney+Hotstar.

Made in Heaven, directed by Zoya Akhtar and Reema Kagti, is being getting a lot of appreciation. Many call it the best web series ever made in India. Two friends, Tara and Karan start a wedding organizing business in Delhi. Tara is married to a wealthy man, while Karan is struggling to come out about his homosexuality and is not-so-rich. This drama brings light to various issues that prevail in society, and are hidden behind the magnificent curtains of pomp weddings. Made in Heaven may not be an appropriate choice to watch with your children, but works well enough on your own.

You can watch Made in Heaven on Amazon Prime Video.

Set in 2005 Jammu and Kashmir, Kaafir is based on a real story. It stars Dia Mirza and Mohit Raina along with other characters. Kainaz (Dia) is from PoK, but comes on the Indian side of Line of Control, and is declared a militant. During her imprisonment for eight years, she gives birth to a girl in the prison camp. Vedant (Mohit) is a famous lawyer and journalist who fights for Kainaz and her daughter for their safe return to Pakistan.

The series is filmed in Himachal Pradesh capturing breathtaking beauty and scenes. In the times when Indian-Pakistan relations are in upheaval, Kaafir will definitely bring out hidden emotions and tears to your eyes.

You can enjoy watching Kaafir on Zee5.

The web-series Breathe is definitely something different. It asks, “How far you will go to protect the one you love?” It has to have some value, right? But it goes directly opposite. Starring R. Madhvan and Amit Sadh, this thriller will give you chills. When Danny’s six-year-old son gets a lung disease, he hasn’t got a lot of life (and time) in hand. In order to get a lung replacement, Danny plans to kill the four lung recipients before his son. Queer, right? A lot good cannot be said about the playwriting of the series, but the roles played by the characters are worth watching.

The second season of Breathe released in 2020 itself, with the lead role played by Abhishek Bacchan.

You can enjoy streaming Breathe on Amazon Prime Video.

Set in 1998, Yeh Meri Family is the story of every family. This seven episode web series will make you wish for it to never end. It is the perfect depiction of our childhood, the problems that seemed humongous that time, and the innocence that has somehow been lost in the 90’s itself. Each and every second of it is relatable, as though the writers picked our memories and presented them in the form of a beautiful and heart-touching show. Moms will love the role of Mona Singh, as she portrays the role of Mummy in an astonishingly good way. The show will make you laugh and cry and fill you with nostalgia, therefore a must watch.

You can watch Yeh Meri Family on TVF.

We have already seen numerous movies where students rebel against the wrong of our education system. Where the talks are about following your heart and love what you do. On the other hand, Kota Factory is about the actual life of students in the factory like city of Kota. They are not rebelling or having big realizations, but just going on with the system. The five episode show is very genuine, down to earth, with a distinct monochromatic palette. The struggles of Vaibhav, Meena and Uday are those of every IITian; their achievements too. The importance of that one teacher, who makes all the difference, is correctly and admirably shown. A lot is said in very few words; and a lot goes unsaid, meant for only a few to understand.

You can watch Kota Facotry on TVF.

When Abhishek (Jitendra Kumar) is appointed as Panchayat secretary in the remote village of Phulera in UP, his life and a disrupted circus become more or less same. An engineering graduate, Abhishek’s first experience of village life will crack you down with laughter. Panchayat is comedy-drama series, with humor springing up at every point. Poor Abhishek, with a low wage and life where accidents are prone, tries with all his might to get out of Phulera. But how can it be so simple? Panchayat is the perfect series to relieve your mind after an eventful day.

You can watch Panchayat on Amazon Prime Video.

In the small town of Jamtara in Jharkhand, the youth has discovered new and wrong methods to earn. Online phishing. They call different people around the country; ask their card number and CVV and whoosh…The money is gone. Based on true events, Jamtara depicts the life of the lost youth, engaged in criminal activites. Other characters include a newly posted SP, who’s determined to catch these thieves and a local politician who demands half of the earnings. This ten episode show has been written fairly good, with the characters played really well.

You can stream Jamtara on Netflix.

There we solved the question of what to watch on Netflix, Amazon Prime, TvF or Hotstar

Share This:
10 Indian web-series that parents would love to binge-watch Hotstar Netflix