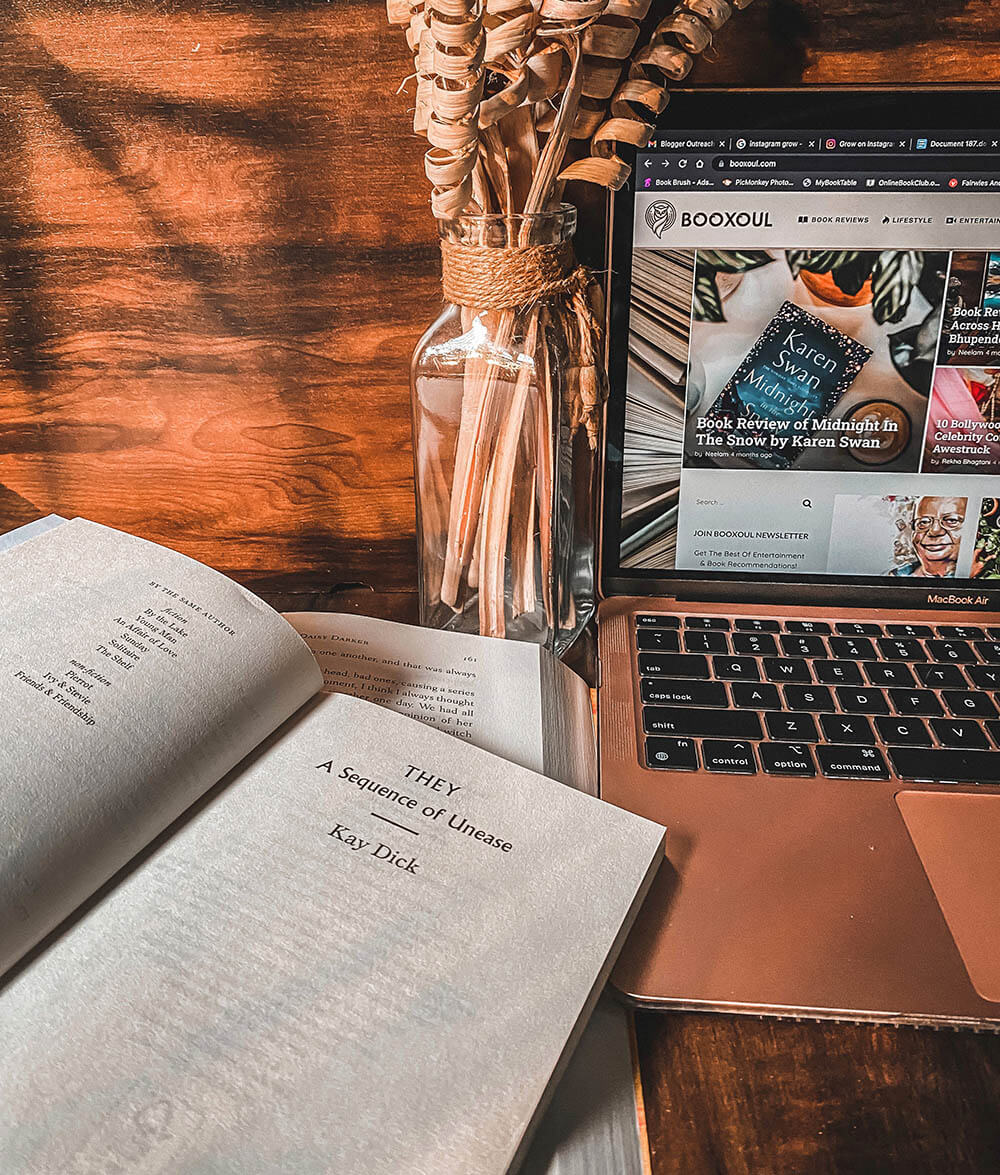 5 reasons why you should read They by Kay Dick

This is Britain: but not as we know it.
THEY begin with a dead dog, shadowy footsteps, and confiscated books. Soon the National Gallery is purged; eerie towers survey the coast; mobs stalk the countryside destroying artworks – and those who resist.
THEY capture dissidents – writers, painters, musicians, even the unmarried and childless – in military sweeps, ‘curing’ these subversives of individual identity.
Survivors gather together as cultural refugees, preserving their crafts, creating, loving and remembering. But THEY make it easier to forget …

Lost for half a century, newly introduced by Carmen Maria Machado, Kay Dick’s They (1977) is a rediscovered dystopian masterpiece of art under attack: a cry from the soul against censorship, a radical celebration of non-conformity – and a warning.

Ever tried and tasted dread? Well, trust me it feels like someone’s shoved an ice-cold bucket down your throat, waiting for you to absorb all of it in one go, without moving a muscle. Dread is not always about fear, it is also about the knowledge of what exists AKA the known.

Yes, many a time there are known, acquainted ideas, people, and situations that tend to intimidate and overpower us. A strange, uncanny collection of short stories collating out to a single one, I recently finished reading They by Kay Dick and Boy!! Was I thunderstruck or what?

Dystopian fiction is something of a genre that I read occasionally as I am a bit sceptical about its movement, progression and outcome. It can be either too good or too bad, I feel. There is simply no chance of a grey in-between here. The first dystopian read I had dived into was The Handmaid’s Tale where I was rendered speechless as I realized what a dystopian really looks like. I have read a few more after that and yet this one I feel has come across as a unique one. A racing thriller of sorts, this is the story of They, those horrifying, intimidating elements of the society that act as a watchdog, stripping it of peace and tranquillity, targeting artists for their crime of vision and aesthetics. While reading this, I couldn’t help but be reminded of The Memory Police.

Every story is connected in a manner more than one I feel. It is just not that they collate out to one single story altogether. What is a conjoining plethora of facets that seamlessly seems to weave itself throughout all stories is resilience, barbarity, death, evil, fear, helplessness and strength. The stories revolve around these ‘They’ and somehow they resonated with me from a realistic perspective too. I mean yes, don’t these ‘They’ exist today in real-time? Indeed, they do. They exist in the form of shallow mindsets of those people who simply want to put down another, ousting them from everywhere, the usual Cancel Culture which seems to have become the new vogue somehow, nowadays. Yes, ‘They’ do exist in every time-space continuum, now or later, waiting with bated breath, silently, to pounce upon at the opportune moment, ready to unleash their terror, brandishing their “fangs” to bite into the peace of all at large.

Coming back to this collection, I usually enjoy thrillers as they give me a true rush of adrenaline, setting the cogs of my heart galloping. With this ensemble, I experienced just that these 9 stories left me reeling with multiple feelings, a lot conveyed through little, giving me goosebumps. In fact, I was absolutely gobsmacked towards the end as it seemed so strange, so surprising, so uncanny yet highly amazing endings. Sets your heart racing this one. Do you know how it was back then when Rowling had created ‘You Know Who? Till the time, You know Who (i.e before he was Voldemort resurrected) was present the fear was fluid enough to be tasted upon the palate of your tongue, you guys. A similar stance of a daunting created in the likes of these characters of ‘They‘. The ripple of fear, the evil of it all, you shall be cowering many a time, chewing your nails, praying silently for a more humane outcome transpiring every time you progress towards the climax and cul-de-sac of each of these gems.

As eerily familiar and unsettling, ‘They’ is a true coming of age foray into the brutality of how creativity stands belittled, humbled in the harsh real world. A metaphor as sublime as it is precarious, Kay Dick has done a fantastic job of portraying the pervasive human dread that threatens to overpower even the cosmic fear, giving life and form to those fantastic characters which exist in spite of being supremely fictitious.

A true rediscovered dystopian masterpiece, for the unversed, this one is a crypt giving you much more than that what appears on its surface. With a matter of fact description culminating suddenly into a startling kind of an emotional depth – Kay’s writing will leave you absolutely thirsty in a strange way-satiated yet yearning for “more maybe…”

RELATED: Book review of The Memory Police | My most loved book of 2020

You might question why is it that this one has been put up as a part of the BlogChatter A2Z Challenge, especially as the theme is ‘Teens and Kids’ Well, to be honest teens for one should read this one, I feel as they should for one, start appreciating both the worst as well as the repercussions of adopting such a culture, a thought process that threatens to challenge the hope and positivity of their personas, making the world into a true Dante’s hell of sorts. It is critical for teens to know about this and ensure that they do not, for any reason whatsoever, become prey to such shallow thought processes or mindsets, which are adept at destroying the community and its whole well being.

So, hope you liked this review of ‘They’ by Kay Dick. Do let us know in the comments below what other blogs you would like us to bring forth for you. Keep tuning in to catch the best from the field of entertainment, lifestyle, travel, food, leisure, tech and gadgets and all things bookish.