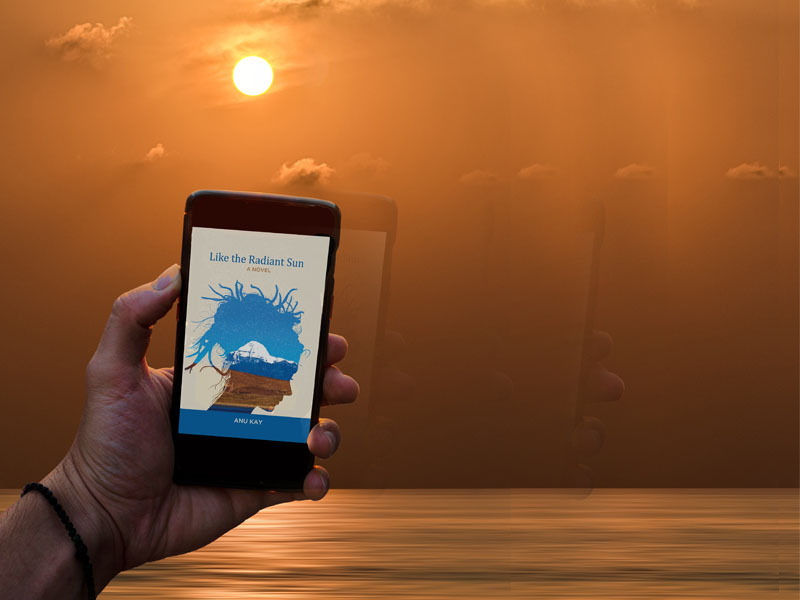 The story of a manuscript

Archaeologist Rohan Sharma is in Varanasi to renovate the Shiva temple. He stumbles upon the Marma Kala, an ancient manuscript on martial arts. A woman with dreadlocked hair crosses his path. He notices her following him, watching him. His own life plunges into danger when he tries to decipher the cryptic manuscript. As he goes deeper into the labyrinth of secrecy, a series of murders take place. His journey across the Old World brings new light to the history of the manuscript. When he finally meets the most inspiring luminary of humankind, it takes him a while to recognise the master…

“We all have to deal with our own Karma. it’s a strange thing, carrying the burden of life until the end when death is inevitable. The madness of the Creator, the craziness of the destroyer and the Prudence of the Protector- the trinity- all caught in their own traps.”

Seriously, I am in love with this quote!! I mean, seriously we all are absolutely caught up in this strange, mystical enigmatic frenzy called life where we eventually but cannot supersede the death trap. All that ensues between birth and death is of course, what is the part of each of our destined karmic cycles.

Like the Radiant Sun by Anu Kay has been a surprising, wondrous read. The story of Rohan and the entire manner in which the concept of the ancient art of Marma Kala has been introduced explained and interwoven into the core story plot is superb. Initially, starting on a slow, comfortable note gave me an illusion of being a bit pell-mell. However, as the story progressed, I was able to completely connect the dots. Things became clearer and the concepts of Secret Societies and Brotherhood were illustrated, having been well researched and written upon. It was absolutely fascinating to read and understand about the ancient art of Marma Kala, the history of the manuscripts, their role in the building of our historical Indian heritage which is a rarity, especially as not many books speak about the same.

The beautiful depiction of locations throughout was absolutely spellbinding. Be it Varanasi or all other locations, they have all been beautifully described. The closer to life graphical description made me feel present at that place at that point of time during the entire read. A 3-d experience, if truth be told.

Right from Varanasi up to Mansarovar, the entire journey has been mapped so beautifully that I almost felt to be present there. What also has me captivated is the beautiful Shlokas of the Rigveda which have been used throughout the book, at the beginning of all the chapters. The relativity of each one is enchanting, in its own little shell. It is as if all of them come together to enlighten you with the wisdom of the ages, yet each and every one of them pertains to that current facet, situation and instance of the story where they are specified. Really commendable!

A seamless, subtle interweave of a powerfully written fiction, which I would say, off lately is rare to come by. It is as thrilling, as well researched I’d say as Dan Brown’s work.  As far as I am aware, Anu took more than 10 years to research the facts related to this book and about the manuscripts. The character of Rohan has been sketched brilliantly, made so power-packed, that if truth be told he is a character whom readers shall relate to very much, a rarity I’d say in a long period of time. Also, the character of the mysterious woman, who acts as a catalyst supporter is equally mesmerizing. I had virtually got goosebumps, especially where she does the Taandav. The divine charismatic aura she depicts is simply unbeatable. Her whole demeanour, her uncanny ways have been woven smoothly making her a surreal presence throughout the book.

The remarkable thing to note is that this is Anu’s debut work. Nevertheless, her writing style is so enchanting it leaves you spellbound and yearning for more and makes you wonder how much more thrilling can her writing get in the next.

I am fortunate to have discovered this great Author Anu Kay. I am positive that not only will my readers be enticed and captivated by her brilliant piece of writing but they shall also yearn for and await eagerly for her next work.

A superb book, one of the best I have read in a long time.

So, do let us know how you guys liked the article.  Keep checking this space, coz we at Booxoul, promise to strive and give you the hottest, relatable, fresh and exciting content. Coz hey, we loveee books and all things bookish !!

Hope you like the book review of Like The Radiant Sun by Anu Kay. Do let us know what you think in the comments below