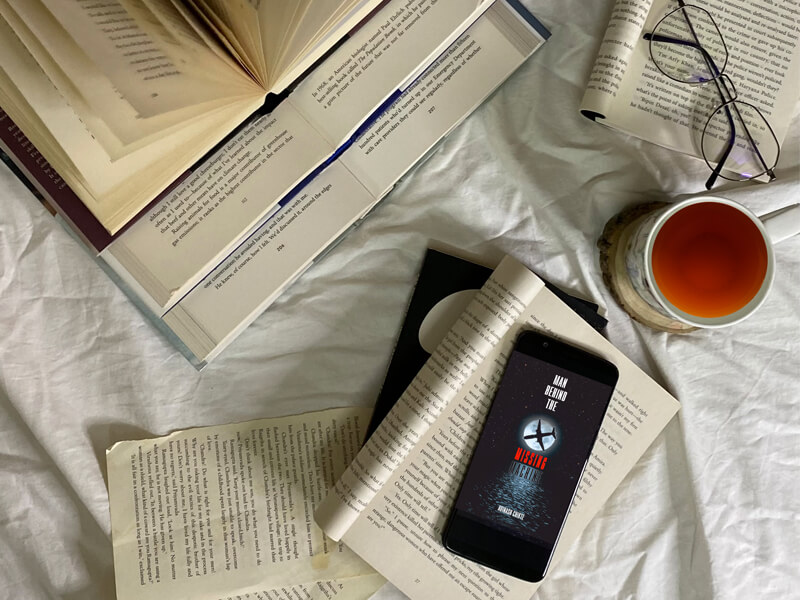 Man Behind the Missing Machine

A mysterious passenger de-boards a commercial airliner and hours later, the flight goes missing and the culprit vanishes too. Then, the mystery builds in this tale of finding a missing man with no name, no passport, let alone any proof of his crime.

This novel is positioned as a must-read for anyone who enjoys a fast-paced well-written book, across a variety of genre interests. The book is an urban thriller inspired by India’s recent courageous endeavours in eradicating terrorism.

This book is without a doubt one of the most involved and simultaneously enjoyable books I have ever read. Dense to the point of labour, but captivating well past my bedtime, the author knows exactly where to draw the line between lots of information and tedious boredom. His language is not very difficult to interpret, rather he emphasizes more the primary plot of the story, rather than working a lot on the way of writing.

The plot goes like this: A mysterious passenger de-boards a commercial airliner and hours later, the flight goes missing and the culprit vanishes too. Then, the mystery builds in this tale of finding a missing man with no name, no passport, let alone any proof of his crime.

The concept of the plot is very promising and can be cultivated with a lot of innovation and imagination. And the author has tried his best to make sure his plot makes way for immense amounts of suspense and interest, which is what readers want from thrillers like this.

The writing style of the author is fast-paced and very energetic. He makes sure to include the thriller vibes into each segment of the story, so as to make the reading experience both entertaining and intriguing. The author, being a pilot himself, knows the intricacies of modern aviation and the complex strategies involved in it. This injects a lot of details and facts in the plotline, such that the book becomes very precise and accurate. His research is well-versed and layered, and he knows what to put in his writing to make it sound realistic.

As a downside to the book, it can be noticed that the author tries to build up a balanced front in his story and thus covers up the wrongdoings of politicians in our country. His writing seems extremely diplomatic in some areas. In such portions of the story, he could have incorporated some of his own insights and opinions. Moreover, a major part that makes a thriller a good one, is that it builds up a climax and then drops the reader into it. Though in this book, I personally did not find any particular climax to be that powerful of a crescendo. More effort could have been put towards the climax building aspect of the plotline.

Share This:
Avinash Chitke Man Behind The Missing Machine