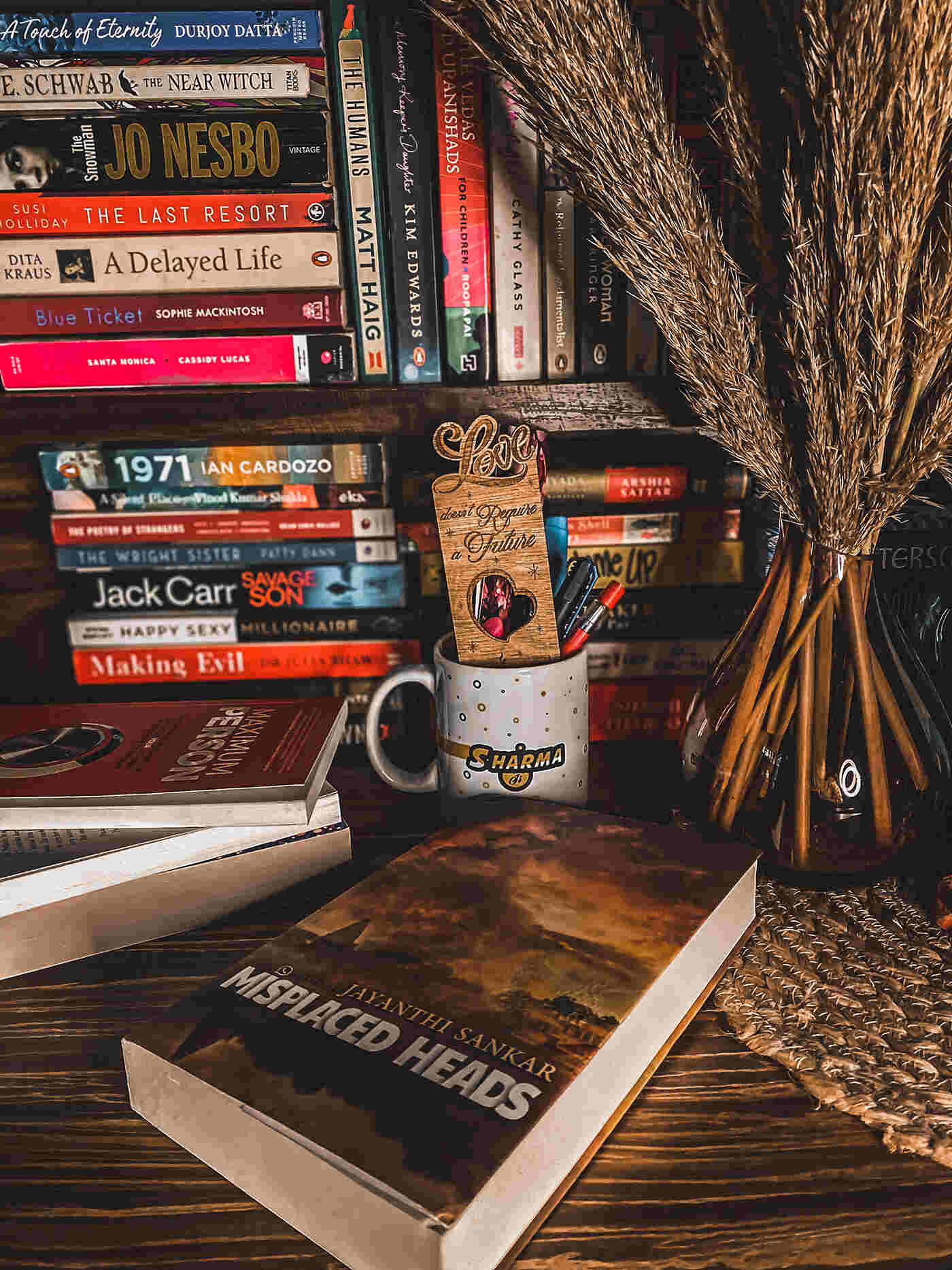 The shift in the time frames, from past, to present is seamless flows with respective characters. The novelist has done dense research in every detail of the repertoire, the training of the devadasis, and their style. I was awestruck. It was mind-blowing, to think about how she could even decipher various adavus and various mudras used by us, dancers. -Kalaimamani Dr Radhika Shurajit, Dancer, Teacher, Choreographer, Chennai This fiction is a standing testament that though times have changed immensely, the bare human emotion towards art and feelings towards fellow human beings remain the same and are truly eternal. A devadasi of the yesteryear would not fret towards a polygamous institution as much as a conditioned woman today would. The ironies are brought out gracefully while normalizing many human emotions, probably considered taboo by the general public. – Prathik Sudha Murali, Historian, Teacher, Public speaker, Chennai In this fabulous post-modernistic, historical fiction with feministic metaphors, the protagonist Poorna’s perspective towards her man reads so much like the modern representation of the temple a woman married to God. – – Raaghav Sankar. Banking professional, Singapore This creative work is very unique in putting together apparently disjointed fragments spanning centuries and geographical locations and an array of characters from different eras with their quirky and very specific to times tonality and expressions. The unfolding of the characters and the experiences of the temple dancer communities bring to the reader an unrivalled perspective of the honour and dignity of the much-misrepresented class of women. -Usha Nagasamy, Lecturer in Further Education College, London The expansive postmodernist novel peopled with over a dozen characters, spanning generations, different ages, and varying milieus successfully trashes several misconceptions regarding the devadasi culture in India.

The devadasis have a multi-layered story, a story in which poverty, deprivation and injustice against women is central- but what has happened to them is absolutely an outcome of imperialism and the impact of British rule in India

Indeed, the plight of devadasis is one topic I personally feel is one that has not been approached with the right kind of sensitivity. Our book in review today, Misplaced Heads by Jayanthi Sankar provides the readers with a glimpse of those whose footprints are hard to locate. It encases a journey over hundreds of years not only showcasing their devotion to the different celebrated art forms but also bringing light upon their plight. It surely is an overwhelming challenge I’d say to cover their hardships and do so in a manner so refined. I also feel that it is not always easy to portray art and culture, that too in such an interesting, synergized manner covering ancient as well as medieval history.

The plot revolves around Poorna and Raghu and the changing colours of their relationship. How their relationship evolves over time and how chaos takes over, forms the basis of the plot along with the extensive amount of research the author has decided to portray detailing facts related to Ancient as well as Medieval History is commendable. The complete manner in which she has managed to depict the elegance and the intrinsic lifestyle facets of the Devadasis and their lifestyle is praiseworthy. It surely makes up for an interesting read, what with the detail-rich narration and the colours portrayed through the narrative.

Also by this author:

From a literary point of view, the rich, illustrative content, the exhaustively researched detailing, the flamboyance of the plot, and the character sketching came across as a true labour of love.

I also felt that the true momentum and breakthrough for the story came in the second half, which I feel is apt, considering the amount of detailed information Jayanthi has tried to encapsulate through her writing.

What also caught my attention was the beautiful manner in which Jayanthi has given us detailed knowledge of Bharat Natyam, the mudras and the entire aesthetic art. Surely, an immense amount of rich, detailed research must have been done here to grasp this multitude of information.

I have personally always felt that women, who have for aeons of time now, been considered second-class citizens by all strata of society, continue to fight even for their basic existence, even after the onset of the so-called “ultra-modern era.” In this scenario, books like this surely act as a whistleblower, a reminder to us, depicting the sad state of affairs as far as their stance in society is concerned. This effort by her is not only an attempt to portray the misery of their lives but also a culture-rich, detail-rich endeavour highlighting art and history in many forms.

I also want to point out the fact that each and every character created by her is not only in tandem with the story but also in perfect sync and harmony with the true depiction of human behaviour, possibly the most complex aspect to cover and portray across perfectly.

Some people might point out and want to complain that it is a long read, but guys I mean seriously when was Historical fiction and that too, something of this stature and magnitude ever shorter? Enjoy whilst you grasp and delve into the mine of information Jayanthi has meticulously brought forward for you.

A good attempt by Jayanthi, with extremely illustrative and rich detailing as usual. A historical fiction containing oodles of research, penned in a great manner.

So that’s it today, from all of us at Booxoul. A good historical fiction, set to capture your mind, this is Misplaced Heads by Jayanthi Sankar for you. Keep watching this space and coming back for the hottest, newest and most relatable trends and information in the world of books, entertainment, lifestyle, travel and much much more…

I hope you like the book review of Misplaced Head by Jayanthi Sankar. Do let us know what you think in the comments.