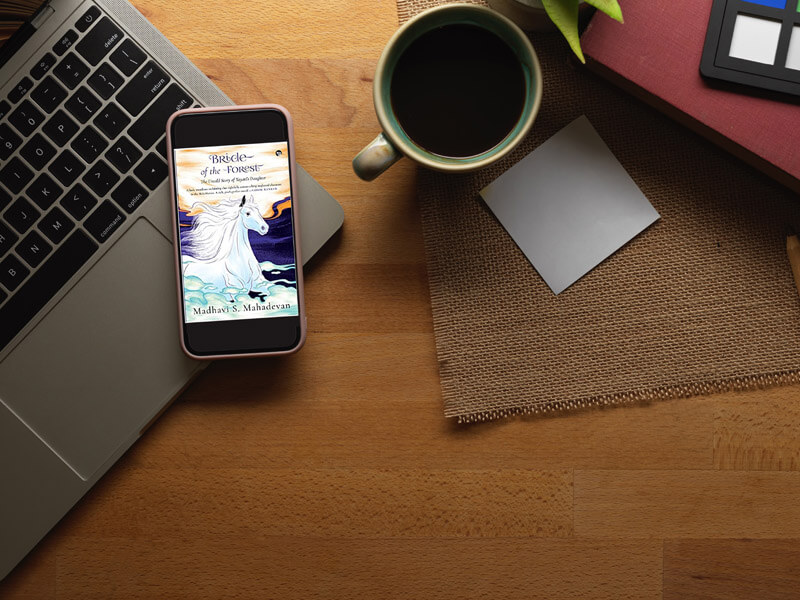 Bride Of The Forest – The Untold Story of Yayati’s Daughter

If you you’re a mythological fiction fan, then Bride Of The Forest – The Untold Story of Yayati’s Daughter is a must read.

When did men start diluting the intensity of a role that women held in our epics, reducing them into conflict mongers and trouble makers, objects of seduction, infatuation and abuse? Guess that’s where the essence of our epics started to sound different.

I am much sure that even within the most aware beings among you, you must not have read or atleast have remembered the story of Madhavi, the daughter of Yayati, but must be remembering the sacrifice of youth that Puru made to ensure that his father’s wishes are fulfilled. Guess that is how patriarchy engulfed the sparks of the strength of female characters in our mythology, not as conflict creators but as catalysts for actions that changed the course of history.

Madhavi has undoubtedly been of the most neglected of women in our mythological tales, though her life has been one of the hardest of them. Endurance is but an epitaph to her tough and arduous life. Her consent, her wish, her dreams and her choice of freedom chained by the choices that the men in her life made, trampled by the way masculinity reduced her to nothing but a womb for rent, bartered constantly.

Men, men it is who are at fault in this tale. First with Yayati who carelessly ignored the love and affection his daughter needed, reducing her to nothing but an ostracized outsider who was just but a burden. Second with Gallav who did not think twice before bartering off Madhavi’s womb in exchange for the priceless horses that he needed to give his guru-dakshina, not once, not twice, but thrice. Third with Vishwamitra who did not think over the fault of his actions, or his want for material when he too accepted the offer of a womb and the guru dakshina, all brought by violating a woman’s body who did not had any other choice but to compell.

Also it is men, men it is who Drishadvati ( Madhavi ) liberates with her sacrifice, to Gallav by earning his dakshina, by offering herself to him, to the four barren kingdoms who had illustrious heirs thanks to her choice, her womb and her care for the greater common good, finally to Yayati who though never cared for her, yet gave him her all, her life and karma, her moksha too. There is no woman as enduring, as powerful and as pristine as her that I have read of.

Madhavi Mahadevan’s astute style of narration, her sheer observation and her sense of understanding that allows her words to be pitch perfect, fit right where they are, has made me adore this book even more. One of the best mythological fictions I have read till date.