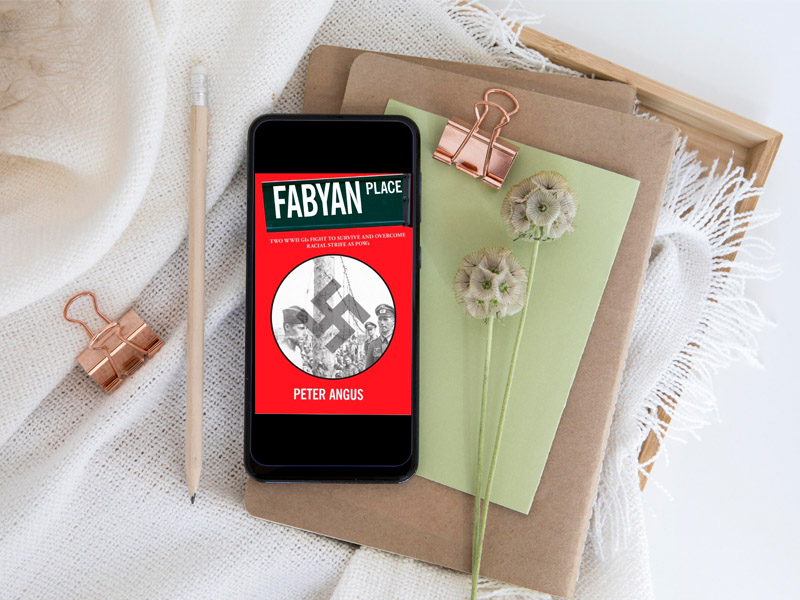 Echoes of his WWII concentration camp incarceration resound as Sonny, a young war veteran, returns home to his family holiday celebration. There, on Christmas morning, an enigmatic visitor arrives unannounced. Sonny’s guest triggers memories of the war, horrors of the camp, and life-altering changes in his psyche as his relatives prepare for their annual feast.

Never in the field of human conflict was so much owed by so many to so few.

Winston Churchill, in his words underlining the importance of the battle, which prevented a German invasion and was a turning point of the Second World War.

World War II and the Holocaust has always been a subject of deep and profound magnitude especially for me as I personally feel very strongly when it comes to examining the level of destruction caused at that point of time. It is not easy to come to terms even today with the fact that what transpired at that point of time is perhaps one of the biggest shell shocking events in Human history, to go down as probably the most ruthless one.

This title Fabyan Place by Peter Angus attempts to explore and examine the emotional blows both the  soldiers, as well as the prisoners of war aka POW face and go through during that period. A story examining unfulfilled promises, deprived family love, friendship and nostalgia all at once.

My first thoughts as I perused this one were like finally someone has managed to capture both the essence of war battered families as well as pain and anguish in a closer to life manner without having gone overboard. A well made story line this one is proper gait, action alongwith all the desired elements of a proper Historical war fiction.

The story explores not only the facets of Historical drama but also tries to identify cultural discrimination and  western mindsets but also attempts to address Racism, a huge issue that continues to be prevalent even today, years after the War is over.

Not only have the moral quandaries of war ben examined in a critical yet emotional manner, but the Author has ensured that the idea be put across in a clear, hard hitting manner which you cannot help being impressed with.

As far as language goes, Peter has used a lucid as well as a free flowing style of writing, one which not only shall resonate with his readers but intrigue them to explore this Historical fiction with a lot of interest and excitement.

So basically, Fabyan Place is the story of two prisoners of war Sonny and John, who meet during World War II, at a POW Camp and befriend each other. The after effects of a war and what we humans tend to lose and compromise upon in terms of emotions, relationships and life has been perused in minute detail and put down. What a nation might win in the manner of a war or fight, the soldiers and people of that country lose out in terms of family life and emotions.The core idea revolves around how these two men dream of celebrating Christmas and going to Sonny’s family place which is at Fabyan place, post war.

The two main characters namely John Chalmet and Sonny Jacobs had my attention throughout. They have been portrayed across with utmost clarity not to mention the depiction of the humane side of a soldier and what actually lives in that soul beyond the military uniform and the call of Duty to the nation.

For me the most fascinating aspect of the title was its relatability to real life emotions and its intricate examination of complex human facets of emotions such as family love, broken promises and also larger societal demons such as Racism as well as such other complexities that a war usually gives to all the people involved in it in the form of a permanent take away. Just as Churchill had pointed out in his speech,

This is not the end.

It is not even the beginning

Of the end.but it is , perhaps,

The end of the beginning.”

This book, too for me, sort of gives a light at the end of a dark tunnel, bringing to the fore front, the real suffering of the people at large.

COULD HAVE BEEN BETTER…

As such I didn’t find anything to better out though the pace with which the story starts out might be a bit kinda slow for some. Although, personally, I feel that is the way it should be built so as to make it more impactful in the coming chapters.

A superb Historical War Fiction you MUST READ if you are a fan of the genre. Even if you aren’t, I would suggest go for it even if you like contemporary fiction as this is a title musing and examining several things at once and is sure to impress and be with you for a long time even after you have finished reading it. War, is something which Humanity can never gain from and books like these are a strong shout out to give us a nudge in the right direction and value and appreciate the importance of the gift of Life.

How did you like the review of this Historical War Fiction book Fabyan Place by Peter Angus.