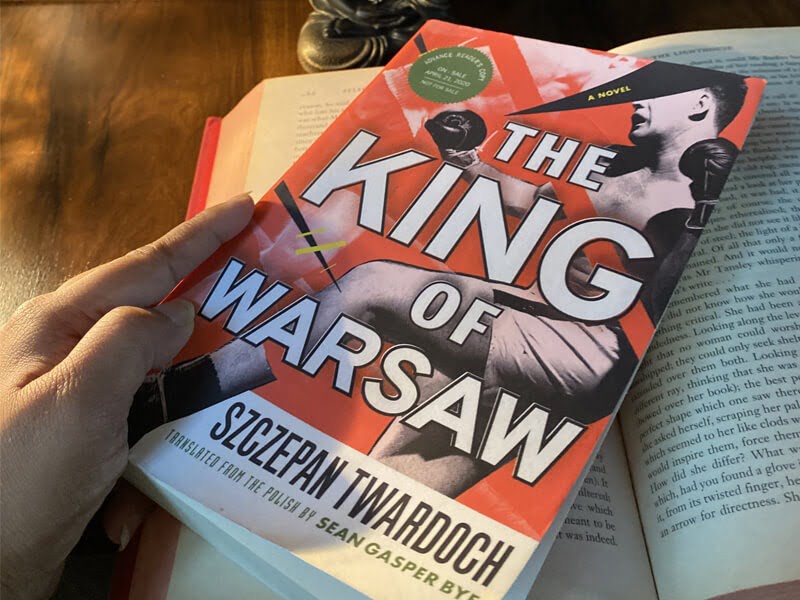 I am done reading The King of Warsaw by Szczepan Twardoch, a Polish novel translated in English by Sean Gasper Bye and must say, I have fallen in love with the surreal writing! A complex multilayered story in which I was forever lost. It was a tragic yet a glorious story of a Jewish boxer Jakub Szapiro and a law enforcer for a powerful crime lord of Warsaw.

Told from the perspective of Israeli brigadier general named Moshe Inbar or should I say Mojzesz Bernsztajn? Or was it someone else? With the dark undertone, I was deeply absorbed into the wordplay of the author Szczepan Twardoch. Each turn of page was a whisper of death, song of loneliness, grief, loss, and yet what mattered the most was the ultimate game of power.

I was totally absorbed in the book from the word GO. Story was not very simple, there was a mystery that unraveled slowly but was unexpected. The mystery, Moshe Inbar would reveal to me in later half; a punch to my gut, that sent me spiraling down the valley of Moshe Inbar’s mind. Or, was it someone else? Sometimes, how unreliable a narrator can be… And this is the beauty of this book The King of Warsaw by Szczepan Twardoch.

Hauntingly beautiful, the narrative is simply brilliant and powerful with almost a magical surrealism quality to it. It will grip you in the intricately woven web of brilliant storyline with eclectic characterization that simply blew me away. And blew me away they did. Jakub Szapiro, Kaplica, Ryfka, Pantaleon Karpinski, whose long hair hides a second face — his “devil brother” — Ah! Sounds scary, doesn’t it — and every other character.

However, let me warn you, this book The King of Warsaw isn’t for everybody. Especially, readers of frail hearts. It is full of vivid details about how one can be killed in most brutal way. And yes, also it has in some parts shown rough sex.

The King of Warsaw  by Szczepan Twardoch that almost reminded me of my favorite book The Godfather was a solid 5 on5 for me!

Can’t wait to read it? Buy your copy of The King of Warsaw using the link below.

How did you like my book review of The King of Warsaw by Szczepan Twardoch? Let me know in the comments section.