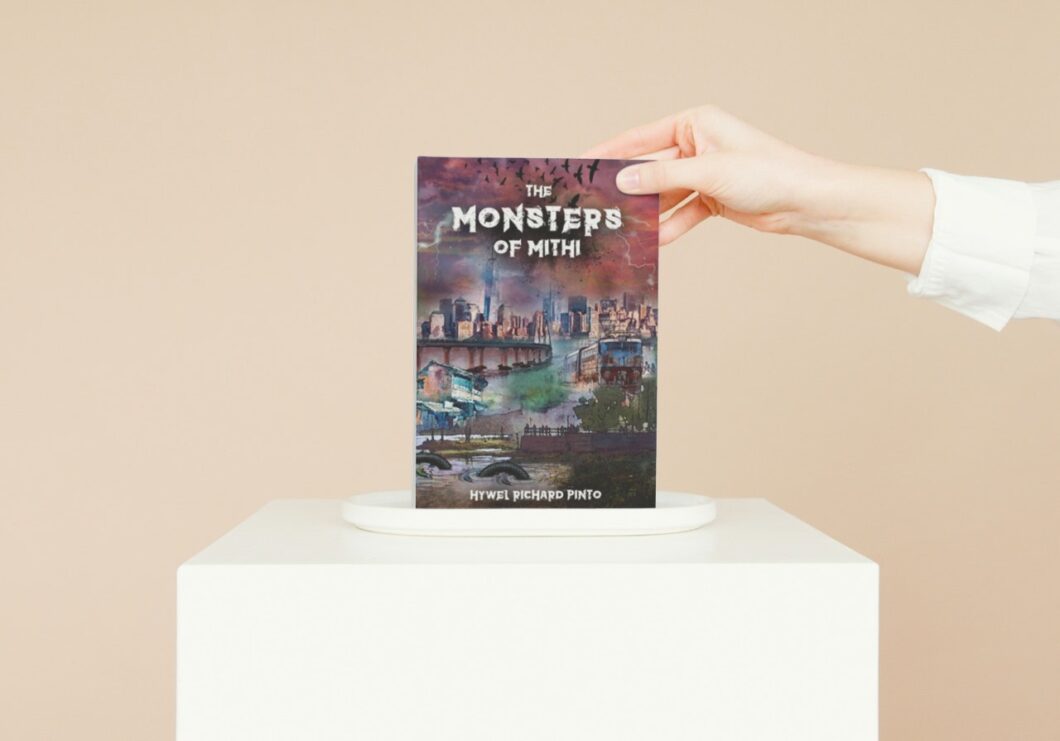 And finally, after ages a story so raw and appealing in its thrilling pace that I had to literally hold onto my breath to ensure that I was not chewing on the stumps of my already bitten fingernails! A brilliant sci-fi which sees the perfect confluence of the climate crisis to politics and most importantly the demon-like nature of mankind, The Monsters of Mithi by Hywel Richard Pinto is a read surely not for the faint-hearted. With a razor-sharp storyline, and a pace zipping like a Florida roller coaster, this one compelled me to finish it in a single sitting

Oh, yes I certainly wouldn’t want to live in a world without dragons. Not without the literary ones, I mean. Imagine how boring would life get once these amazing critters left our lives for good. No, I am serious, I love them in stories and different universes wherein they are cast and unlike the real world where they have become extinct, they tend to become a “forever” part of it.

Such were my thoughts when I read The Monsters of Mithi by Hywel Richard Pinto and witnessed the carnal, pre-historic creatures described in the course of this riveting sci-fi which is much more than just a mix of politics and science fiction. A tale set in Mumbai aka the fusion of the seven islands, while the Mithi river which happens to be the true lifeline of the city has turned into a toxic dump, Hywel here chose to show us the true sad travesty of what hell can break loose if such toxic dumps are not kept in check.

The story revolves around how these “dragon-like” creatures create uproar and pure havoc in and around the banks of the civilization, compelling not only the local Government machinery to jump into motion but also all those other secondary forces for whom “milking” in the opportunity of “destroying” these monsters seems to have become a subject matter of great interest. Yes, Gangaraj Patwardhan was the classic example of that political bureaucrat for me, who come what may be resigned to the most dangerous of fates too, in the hopes of scoring as well as soaring high like a hero in people’s eyes and garnering more votes. I tell you the relatability in this one, ugh, umm no more comments.

And yet, all other characters be it Deena, Danny, Inspector Chandak, Adruk Gupta, not to forget “Sialkot” were not written, they were carved within the framework of a razor-sharp narrative that only got murkier and more intense even compared to the actual slimy waters of the river Mithi around which the story is centred. Hywel has put in practically each and every element possible to make this more gripping, enticing as well as thrilling right from the word “go”. There was not a single slow instance in the narrative. In fact, for me this has been one of those narratives which hurtle along at breakneck speed, flying past the realm of your better reasoning in a blur, pushing you into a vortex where many things seem to be happening at once.

“Sialkot”-her character was superb, I’d say. No more spoilers here, I could actually picture it stark clear, resonating with the what and how of its depths. It is commendable to note that Hywel has ensured that each and every character present in the story be it Adruk, Danny, Shami or even Dada Konark is there for a reason. Each and every one of them eas tied into the main string of the plot, their presence small or big, giving something by way of a dedication to a world-building so enigmatic that I sincerely wish that there be a next if possible, to this fantastic tale by way of a sequel. Oh yes, Hywel should certainly be writing a sequel to this one, I feel. What with such brilliant sci-fi as a backdrop, with such depth and intensity allocated to the characters, a powerful takeaway implanted by way of the main message in a subtle manner (climate crisis-oh yes, pollution is a real dragon TBH, bigger and more vicious than any other one exists!), this is a book you surely must pick up for your next spot bit of sci-fi, thrill indulgence. It is brilliant work.

The Monsters of Mithi

Bombay has transformed from seven sleepy islands to the bustling metropolis of Mumbai. Rivers that were once the lifeblood of the city have now turned into toxic dumps. The most infamous being – the Mithi River.
Chocked with sewage and chemicals, it would seem that nothing could survive this stinking hell – but something did and has now awakened.

Something much more terrifying than climate change. Something so prehistoric and carnal that modern technology does not know how to stop its rampage.

But not all involved want to stop these monsters. There are some who want to harness them to gain power, others to use the creatures for their own personal gain, while some are in it to avenge past monsters of their own.
Whatever their reason to take sides, the question is – will anyone be able to contain the Monsters of Mithi before it’s too late?

So hope you guys liked my book review of The Monsters of Mithi by Hywel Richard Pinto.

Do let me know in the comments which other books would you like me to read and review.

Also, stay tuned with us right here at Booxoul for the best in the field of entertainment, lifestyle, finance, education, fun, fashion, tech and gadgets as well as all things bookish.