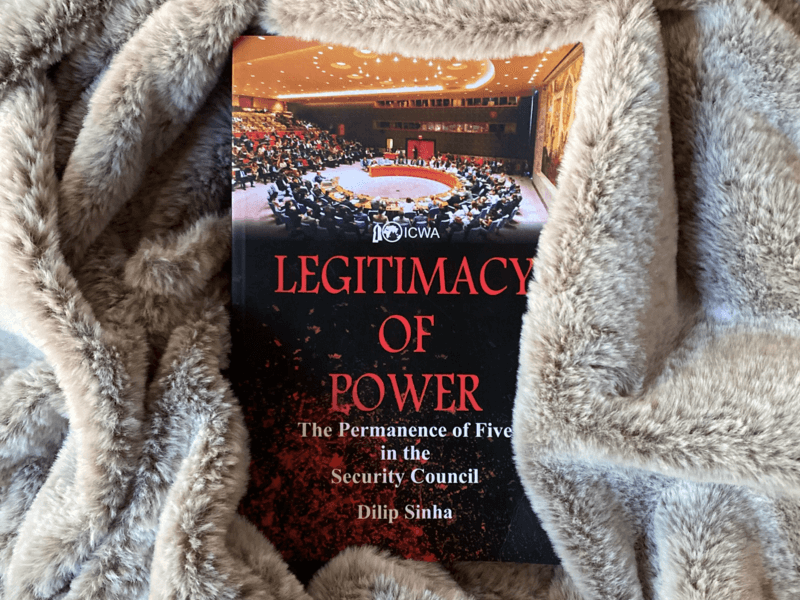 As the global scenario culminated in a cesspool of powerful nations, there was a constant chatter about international arrangement to regulate or control the interaction of these state actors amongst one another. This call was answered just after ter the end of World War II when leaders of victorious nations laid the foundation the United Nations on the lines its predecessor League Of Nations but not without learning from the mistakes of the League. As history shifted ahead, United Nations along with its various organs has been an significant part of global happenings and conflicts. The United Nations Security Council – the prime and most important organ of the United Nations which wields the most amount of power was trusted with the responsibility of working for the peace and security of the world. Legitimacy of Power examines the history and background behind the formation and specific success and failures of the UNSC.

Dilip Sinha has a ringside experience of the workings of the UNSC thanks to his stints at the organisation serving in the Indian Foreign Service. The author has put out a comprehensive history of international security and cooperation. The focal point of this book as the title suggests is the power wielded and its misuse by the permanent five members of the United Nations Security Council. The phenomenon of veto and the sway the Big 5 hold over the decisions and actions of the UNSC are a very intriguing aspects of understand global diplomacy and security. Legitimacy of Power takes us through the historical incidents and clamour among the permanent members to control and affect conflicts across the globe through the power wielded by then in the UNSC.

The author comprehensively evaluates the success and failure of UNSC and its stubborn opposition to accept reforms in its workings and structure. Sinha dismisses the possibility of decline in relevancy of the UNSC but does warn about the excesses undertaken by member nations and how they impact global situations as and when they rise.

A scholarly and thoroughly academic work which at times becomes difficult to read and comprehend given the depth of issues and detail in writing. Strongly recommended for academics and students of International Relations. A layman will have to grind out to read and absorb this piece.