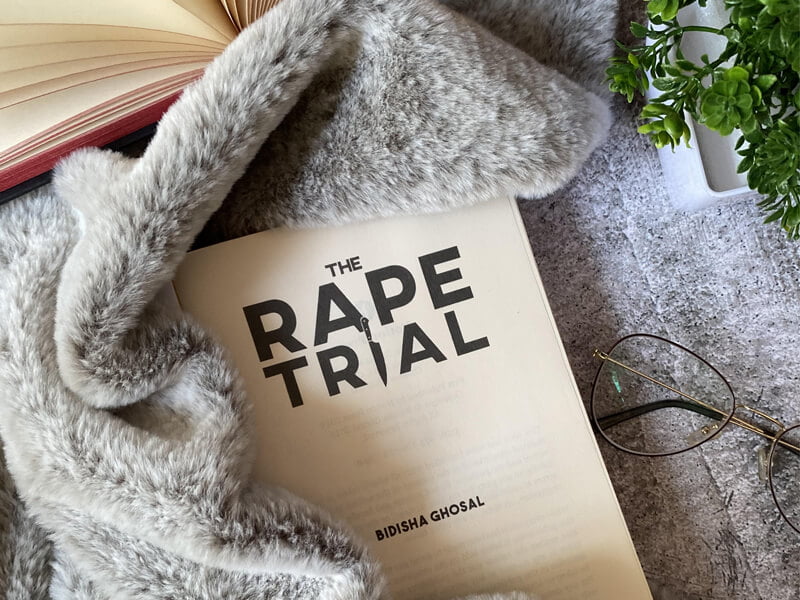 The Rape Trial by Bidisha Ghosal⁣⁣

Okay, what do I say? I’m rendered speechless and totally, totally shocked, rather pleasantly though. Never thought in my wildest imagination that a book would be so power packed with emotions that I’d be keeling over with a sucker punch of intense happiness and sometimes hate. The book that I am talking about and that made me go through myriads of emotions is ‘The Rape Trial by Bidisha Ghosal’.⁣⁣

From the onset, the moment Rahul Satyabhagi entered the scene I knew no bound to my hatred for this character. And it grew with every turn of page; the helplessness and the anger such people and their action evokes. I can’t even begin to imagine what the rape victims have to go through; the lifelong mental trauma, the damage that can never be mended.⁣⁣

“Rape isn’t just that one time of sexual violence; women have to live with it long after it’s done. Once you’re dead, it’s over. Murder, at least in my opinion, is not the best, not the most accurate response to rape.”⁣⁣ ⁣⁣

Well Initially, I had thought this book to be a story about a rape victim and her trials and tabulations. But as I started reading it and ploughed on further, I realized that I could have never be more wrong then now. Now don’t go thinking that it doesn’t have a trial or anything. It does, but it has all sorts of different kind of trial, which I wish were a reality. And which set a chain of events in its wake that made reading the book more fun.⁣⁣

What I liked most about the book

is the author Bidisha’s flawless narrative that kept me engrossed and hyperventilating throughout. With every chapter that ended, I had to take a deep long breath before starting on to the other. She knows how to jolt the readers out of their comfort zone. And she did jolt me out the comfort zone with her imagery writing style. The Author. In addition to the narrative, the conversations between the characters were impeccably served on the right moment and place. There was nothing rushed about this book. Nothing.

And oh, what do I say about the characters?! They were flawed yet there was something about them that made them feel more real and humane. And more attractive to me. And the author made sure every character had their own sub stories, so that we, the readers could connect with them on a deeper level.⁣

⁣Do I recommend this book?

Of course!!!! I highly recommend this book ‘The Rape Trial by Bidisha Ghosal’. This book I assure you is going to strike chord in you. Make you question certain aspects of humanity. So I say go, read it at least once.

Have you read any book that has rape and it’s aftermath as a theme? Do let me know in the comment section.