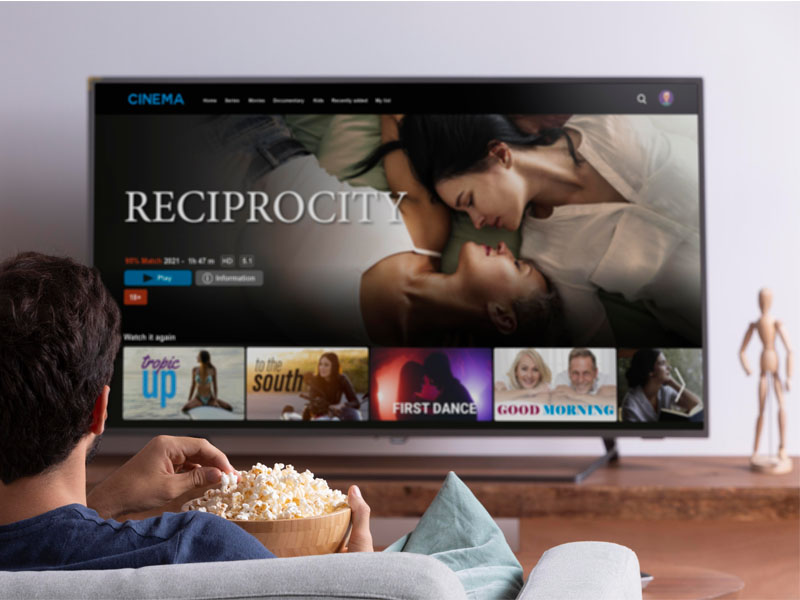 Hello there guys, what’s up with y’all? What are you doing this fabulous month of December?

For me, this is one time of the year I truly enjoy. There is something about winters that is simply so charismatic that it is kinda hard to describe in words. However, one thing is there for sure. It is the magical little thoughts that float atop those tiny flakes of snow, those dandelions of hope that muse“ Yes, we survived the storm, here’s to new beginnings!!”.

Meaning hope and good guys. It is essential to keep your spirits up and keep yourselves happy, truly entertained in this novel, tricky times. I mean agreed with the Omicron variant threat looming at large, we all are kind of frenzied but hey that’s no excuse to not binge watch good web series and take your mind off the serious things for a bit, huh?

READ: 10 Indian web series that parents would love to binge-watch

So here we are, with a list of 21 Best Indian Web Series in Hindi you cannot afford to miss across all OTTs.

Promising to make it as variable an ensemble as we could, we ensured you are entertained to the maximum possible levels. There is comedy, drama, action, emotion aur bahut saara solid bone of contention !! So here goes:

Based on Star Jalshaa’s Bengali series Sreemoyee, Anupamaa starring Rupali Ganguly, Sudhanshu Pandey and others is the story of a woman who despite the many challenges of life that come in her way post-divorce begins a new chapter trying to live life on her terms. A powerful, interesting series.

A  crime thriller web series starring Arshad Warsi,  Anupriya Goenka and others this one is set in the context of a modern-day serial killer having religious ties.A psychological thriller whose second season we all have been eagerly awaiting…

Starring a stellar cast like Sushmita Sen, Chandrachur Singh and others this is based on the Dutch drama series Penoza. The story revolves around an independent woman Aarya who seeks to protect her family and join a mafia gang to avenge her husband’s murder. It was nominated for the International Emmy Awards for the Best Drama Series.

Possibly, one of the best financial thrillers based on the 1992 Stock market scam, a closer to life, biographical depiction of Harshad Mehta, the true bull of the Indian Stock Market this one shall leave you absolutely star struck. With an amazing background score, Pratik Gandhi aka Harshad Bhai will simply melt your heart peeps.

A doctor facing a tough predicament when her family members are held hostage and the only way to save them is by participating in the assassination of a key political figure. Will she succumb to the pressure or? Superb performances by Ronit Roy, Tisca Chopra this one is a crime roller coaster.

Directed by Nikhil Advani and starring strong actors like Konkana Sen Sharma, Satyajit Dubey and others this one shows how doctors, nurses and other hospital personnel deal with a crisis of immense magnitude when catastrophe strikes the city.

Made in Heaven on Amazon Prime Video

An Indian romantic drama web series chronicling the lives of 2 wedding planners based in Delhi whose services introduce them to the complexities of Indian life while providing mirrors to their true selves.

The story of a cynical Inspector who is tasked with investigating a high profile case that leads him into a dark realm of the underworld, this one is based on The True Story of My Assassins by Tarun Tejpal.

A Hindi action Espionage thriller series, starring Kay Kay Menon, Sana Khan and others, this one is a story of a team of 5 agents to track down a person who is the mastermind of the terror attacks which took place in India.

A Hindi language action crime thriller series is the story of a mafia Don and proverbial ruler of Mirzapur in Uttar Pradesh and his unworthy, power-hungry son who will stop at nothing to inherit his father’s legacy.

A Hindi language crime thriller based on Vikram Chandra’s novel of the same name, this is Netflix’s first original series. Interestingly, it is also the only Indian series to appear on The New York times“ 30 best International TV Shows of the decade list’. Voila !! A Supreme cast too consisting of Saif Ali Khan, Nawazuddin Siddiqui, Radhika Apte, Pankaj Tripathi and others.

This one revolves around a preacher Baba Nirala, a con man in reality who not only robs devotees of their wealth but all that they possess. Closer to a real-life story, one marked by controversies and superb performances by Bobby Deol, Anupriya Goenka, Sachin Shroff, Adhyayan Suman and others.

Breathe into the Shadows on Amazon Prime

The Family Man on Amazon Prime

The dark comedy series showcases the life of a middle-class man who also serves as a world-class spy, trying to balance his familial as well as secret agent responsibilities. Starring Manoj Bajpayee, Samantha Ruth Prabhu this one is a must-watch.

India’s first black and white show that highlights the problems present-day IIT-JEE aspirants face in their day to day lives. Capturing their lives in an absolutely endearing way, this one you must simply not miss.

The story of what millennials go through in their everyday lives is a story of a common man, Tarun Prabhu and his unbelievable journey. A good respite to lighten your mood after a heavy day…

A coming of age series is a story of the journey of three UPSC aspirants and their friendship against all odds. A slice of everyday lives put across extraordinarily.

Inside Edge on Amazon Prime

An Indian sports drama series following the trials, tribulations and triumphs of Mumbai mavericks, a T20 cricket franchise playing cricket in the Powerplay League, match-fixing and such other brutal aspects of the game. Come witness the ruthless motives behind the game. Starring Vivek Oberoi, Richa Chadha and others, this one is a must-watch guy.

Based on the real-life of a retired Army special forces officer Major Deep Singh who was left paralysed below the waist after the Kargil War and how he struggles to get back on his feet – figuratively and literally, this one is superb. Starring Amit Sadh, Amrita Puri, Gagan Randhawa, Sushant Singh and others this one is a powerhouse watch.

A comedy series this is a rib-tickling depiction of the lives of four classmates who develop a lasting bond as they strive to survive their 1st semester in an Indian Hostel. A fun watch.

Isike saath we have like so many regular evergreen ones like Khichdi, Sarabhai v/s Sarabhai, Yeh Rishta Kya Kehlata hai and many others which are our comfort watch.

So how many of the above have you watched yet?

Let us know how you liked this list in the comments below and we are gonna be back soon with some more excitement real soon !!