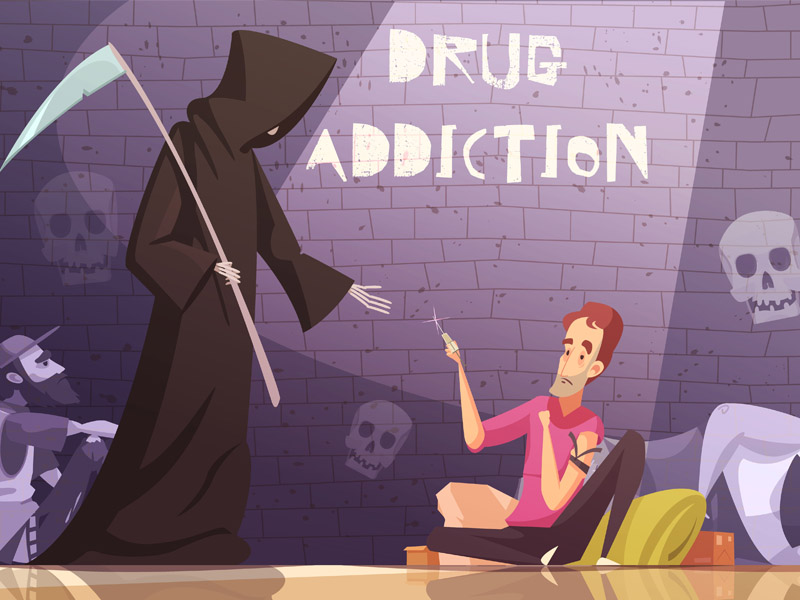 The recent drug controversy surrounding Shahrukh Khan’s son Aryan Khan has, once again brought into the spotlight the dark, sad reality which seems to have developed a stronghold and wrong influence, especially over the youth of today.

Drug Abuse or substance abuse refers to the use of certain illegal substances for the purpose of creating so-called pleasurable effects on the brain. Research shows that more than 190 million people around the world are into drug abuse and consumption of the same, the numbers having shown an alarming jump especially among young adults under the age of 30.

Bollywood, too, has shown a fair share of its presence as far as depicting this practice is concerned. Be it real or reel life, Bollywood has never shied away from portraying not only Drug Abuse but also the lives of all interlinked with those who are directly or indirectly related to it.

Take for instance, the recent Aryan khan drugs case. Not only is it a matter of concern as far as the youth culture goes but it an alarm bell showing where are we headed to.

This being a topic of sensitive nature, a host of movies have been produced over the years , which give us an insider’s account to Drug Abuse as well as the resultant scenarios caused by the same.

So here is a list of the Top Bollywood Movies we have compiled for you that depict this dark side of Drug Abuse, of Humanity at the sheer mercy of its own shortcomings:

This 1971 flick starring Zeenat Aman, Dev Anand, Mumtaz, Satyajit chronicles the struggles faced by a Brother trying to get his sister out from the clutches of Drugs, Alcoholism and retrieving her from a bunch of hippies. Not only was the plot emotional as well as powerfully put across, the performances were stellar in this one and so was the music. The ultimate Brother sister Anthem “Phoolon Ka” as well as the cult Hippie track “Dum Maaro Dum” are unmatched even today after ages.

A 1986 Action Drama, produced and directed by Feroz Khan and inspired by the 1946 King Vidor Movie Duel in the sun, this one has been a hugely popular one because of its display of drug addiction as well as the sizzling chemistry between Anil Kapoor and Dimple Kapadia.The song ‘Har kisiko nahin milta’ was a major chart buster at that time.

A1987 Pankaj Parashar hit, this one definitely goes a long way to exploring drug abuse and shedding light to the resulting factors arising out of the same.An action adventure, this one had superb performances by Naseeruddin shah, Pankaj Kapoor, Johny Lever and Archana Puran Singh too. Not to forget, the iconic “Yeh hai Jalwa “ track by Remo which is unbeatable even today for its raunchy raciness, ufff!!

This 1993 Crime drama directed by Mahesh Bhatt , one of Sridevi’s finest performances ever, had not only a powerful plot but a hard hitting execution as well.Utterly intimidating at times, this one was a nail biting crime action keeping one riveted as to what shall transpire next. Superb performances also by Anupam Kher, Sanjay Dutt. Though, to be honest, Sridevi was the real Hero of the movie through and through.

The 2008 drama, possibly one of the most accurate descriptions of the ruthless Fashion and entertainment industry, this Madhur Bhandarkar movie also brought to the forefront feminism as well as drug abuse as well as its effects on the generation and the complete gormless result one gets into with this kind of a harmful practice. Amazing work by Kangana Ranaut, Priyanka Chopra as well as the entire cast and crew.Not to forget those peppy and haunting ramp numbers exclusively created to get you goosebumps!!

A romantic black comedy of 2009, by Anurag Kashyap is actually his take on the classic Devdas by Sharatchandra Chattopadhyaya, this one portrays how the protagonist turns to drugs for comfort and solace , not to mention the amazing visual style in which the movie is represented, as well as the innovative sound track as well as the narration. I mean guys, who can forget Emotional Atyachaar for Christ’s sake ya?

Based on Drug abuse by the youth population of Punjab, this dark comedy was produced by Telly Queen Ekta Kapoor along with Shobha Kapoor, starring Shahid Kapoor, Kareena Kapoor, Alia Bhatt and Diljit Dosanjh.Highly acclaimed by critics, this one was touted as a wake up call carrying a loud Anti drug message.With a roller ball kind of climax, this gut wrenching work depicts the sad state of affairs in states like Punjab where drug abuse is rampant.

A 2018 biopic on the controversial life of Sanjay Dutt, this Rajkumar Hirani flick is one which shows Sanjay’s tryst with drugs, right from the depths to the peak of his addiction as well as the story of his overtaking this demonic habit. With an amazing portrayal by Ranbir Kapoor as well as a stellar performance by Paresh Rawal as well as Manisha Koirala, this one is sure to linger in your mind for a very long time.

So, this is it from us, for now. Hope you enjoyed this list. Do let us know how you liked this article” Aryan khan Drugs Case: 8 Bollywood movies that decode the dark side of Drug abuse”  in the comments below.

Leaving you for now with this fabulous quote by Debra Kaplan,

“The initial journey towards sobriety is a delicate balance between insight into one’s desire for escape and abstinence from one’s addiction.”