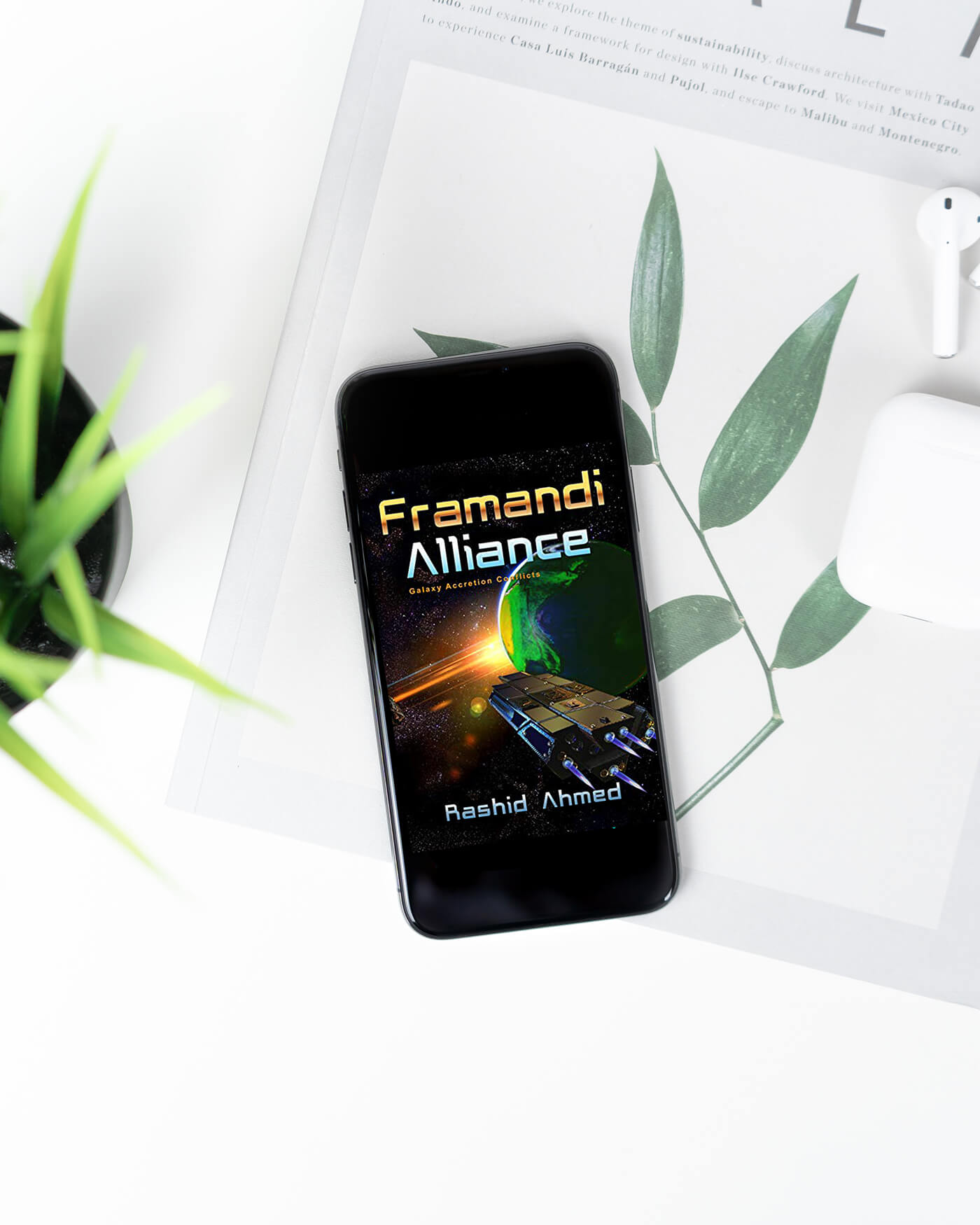 Fantasy is the impossible made probable. Science fiction is the improbable made possible. 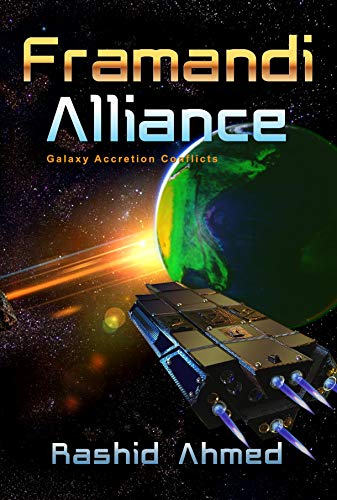 ‘Tasked with exploring an anomaly in space, Icelandic transhuman twins Jón and Ásta along with the crew of Átt, make first contact with a species seeking passage through the solar system. They learn of an ancient, ongoing, intergalactic confrontation, between the Canis Major Dwarf Galaxy and Milky Way.


As galaxies merge, territorial conflicts have been reignited. And, its consuming civilizations.


Allying with the knowledgeable Framandi, the crew undertake a multi-system journey, confronting the advanced Gigils, a species that could devastate Earth. The alliance salvages a relic Kilig infiltration spacecraft, leftover from an ancient battle, and installs a second-generation human AI named Kei to operate the ship. Merging with the existing AI aboard the Kilig vessel, Kei’s objectives change as it realizes that wetware enhances its abilities. The AI attempts to infiltrate and subjugate Framandi and Gigil minds, then turns its attention to Earth.


Now, all independent, intelligent life is vulnerable. Jón and Ásta must overcome vastly superior odds, to protect the world they love.

Indeed, a communion of these two genres always creates a rigmarole that is absolutely thrilling to embark upon. Science fiction by itself always explores the realms of the impossible whilst fantasy is one such genre that explores the fantastically impossible. I always love indulging in the fusion of the two since I am of the opinion that theirs is sincerely kinda a match made in heaven. My recent read, Framandi Alliance by Rashid Ahmed is one such book that has fused these as well as many other elements which make up for an interesting, indulging read.

The story revolves around two transhuman twins Jon and Asta and colonization possibilities in different galaxies. Rashid, the author of this one has kept the plot moving on a parallel set of tracks where one of them addresses the happenings in space while the other tells us about what happens here on earth. What makes his writing different from other sci-fi books is that the science created and depicted in this one is pretty real and kinda makes you want to uncannily believe in it. With profound, deep insights into the world of space, this one makes a labyrinthine nose dive into ideas which as fantastic and impossible as they may seem, appear as relatable and possible to the end reader.

Although I must confess this one is not for first-timers. I mean they will enjoy it as well but they may find the complexity of the story intimidating and the vantage a bit confusing. However, all said this is a fantastically created world I would love to delve into again and again. An escapade, especially a sci-fi one of this sort is something one should not miss for anything.

A hard-boiled, sci-fi read, this one not only incorporates science concepts such as interstellar travel, Transhuman, contact with aliens, AI at different technological levels and all those core scientific concepts that shall make up for an entertaining, informative as well as indulgent read.

I am generally not a big sci-fi fan, to be honest as I find it tricky to remain on track owing to their complicated and racy plots and characterizations. However, this time I was in for a pleasant surprise as I realized that although Rashid has put in a substantial amount of intrinsic detailing as well as exhaustive description, he has built the premise, the plot, the characters in such a superb synergy that you cannot help being carried away into the larger repercussions the plot takes you to. He has put in a considerable amount of planning, a meticulous amount of research to bring about a multi-dimensional depiction of a larger than life story which is way ahead of its time.

Some people may find it a little tricky to keep in tandem with the enormous world built along with the extensive character line created. But having said that, the story keeps you hooked till the end. Anyways, some stories have a bigger canvas I feel, they are more exhaustively portrayed than others and that is perhaps their individual requirement I guess.

Framandi Alliance by Rashid Ahmed is a good science fiction read I read in a while.

I hope you like the book review of Framandi Alliance by Rashid Ahmed. Do let us know what you think in the comments.

So that’s it from all of us at Booxoul. Stay safe, maintain social distance and never miss a beat whilst staying subscribed to us, your best dose in the world of entertainment, travel, lifestyle andddd bookssss.

Coz we at Booxoul loveee books and we lovvveee youuuu guysss!