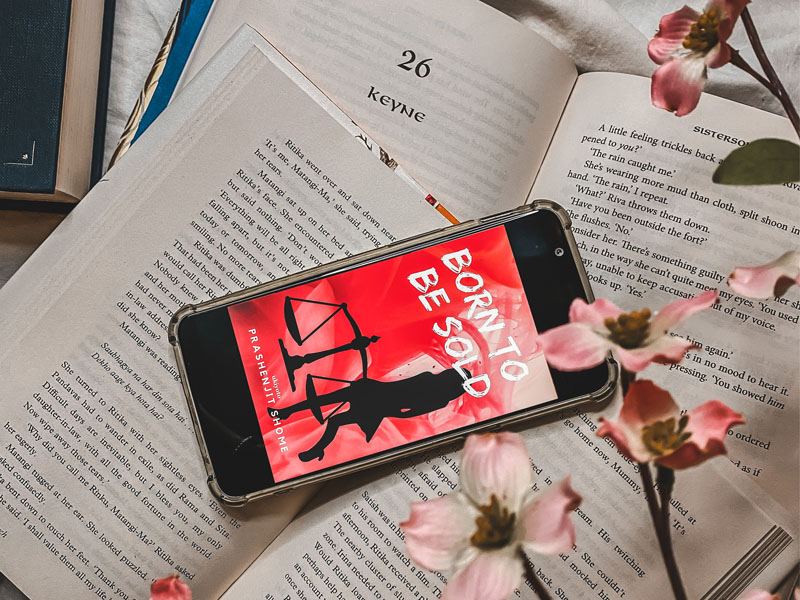 Born to be Sold

Born to be sold is a tragic story about fifteen-year-old AMIRA from Assam. She falls into trap of a trafficker. He is sure that she will get him a big deal. With that nasty intention he makes up his mind to marry her by all means and he lures cousin of Amira, with money to persuade her mother, maternal uncle and maternal aunt to give her marriage to him. He succeeds in his mission and marries Amira and according to his notorious plan takes her away to Delhi and sells her to the highest buyer, since then an unimaginable tragedy pursues her life. She is a symbol of Paro, a traditional word that means saleable commodity of the market who sells her right of life to others to use her body liberally without protest. Amira is sold and bought many times as a bride and used as a slave from one to another as if she is born to be sold. She is experienced to love pain and humiliated in the battle of life every moment by the men. She is exhausted fighting the challenges coming towards her and still waiting to be sold again to a new client. BORN TO BE SOLD reveals the extreme desire and dominating nature of men

There is no more lovely, charming and friendly relationship, communion or company than a good marriage.

Indeed, marriage is perhaps, one of the most beautiful and awaited times in the life of any girl. But what if this heavenly moment transpires into the worst nightmare of her life?

A simple, innocent girl barely in her teens, led to the institution of marriage, gullible, vulnerable…

What follows is perhaps as barbaric and inhumane as it is sickening. Yes, she falls into the endless pit of bride trafficking. Bride trafficking aka the arrangement where girls are sold and purchased akin to a commodity and are treated worse than vermin. Bride trafficking, as brutal as it sounds, is perhaps, still present in parts of the world, especially in Third world countries. Such practices especially have deteriorated and led the female gender to a sad state of affairs, thanks to their scattered but stringent presence even in today’s modern times.

The story revolves around Amira aka Madhury who becomes a victim of the same and is tricked into marrying Shamshul who then sells her off to another man in lieu of money.

Therein starts the pain enduring life journey of Madhury who is forced, tortured, exploited and inhumanly treated, her soul and emotions dying a thousand deaths every day. The unfortunate repetitive misbehaviour, the emotional blows as well as the chastisement she faces, the ridicule she endures and the endless cycles of her simply being alive to toil for others and give in to their tyranny paints a somewhat melancholic picture throughout. What is saddening is that similar to the protagonist, women who are victims of this trafficking mostly end up silently suffering this brutality all through their lives, dying a lifeless death one day. This is because, their souls have already encountered death long before their bodies do, giving in to the pain, torture and castration.

RECOMMENDED: Book Review of The Calcutta Conundrum by Soumon Chatterjee

Madhury, who is treated worse every passing day, tends to give in to the subjugation, having accepted this setting as her undisputed fate. Her soul, which has been brutally castrated and attacked numerous times, is the subject point of the narration as it is evident that the author tries to point out the misfortunes of these sufferers and the silent death they face and undergo every instant. Not to mention the fact that they are treated worse than animals or even non-living objects for that matter.

The concept of ‘Paro’ or the saleable bride, has been brought to light via this book and the atrocities the society continues to commit on these poor souls is what constitutes the core concept of this one.

Although the language used is a bit too simple I feel it could have been more lucid and refined, as far as grammatical and sentence styling is concerned.

Likewise, as far as the narrative goes it feels kind of predictable at places. The entire chain of events set in a peculiar cycle is repetitive and seems to be going on in a kind of loop, adding to the melancholy of the scenario portrayed. Agree, that is the core idea but still, it feels like kind of being down the dumps after a point.

I also felt the ending could have been different.

However, without any spoilers, this is a title examining the mindset and emotional trauma of a woman and what happens when society chastises her for no fault of her own.

It highlights that section of the society and its brutalities that are known, yet which are chosen to be ignored, having been given in to subtly over a period of time.

A powerful subject and idea to work around…👍👍To the Author for braving an attempt at such a powerful yet sensitive subject. It surely shows a plethora of promise as far as writing is concerned and I am sure the Author e will surely create something even more powerful and path-breaking albeit more crisply in his next endeavour.

Hope you like the book review of Born to be Sold by Prashenjith Shome. Do let us know what you think in the comments below