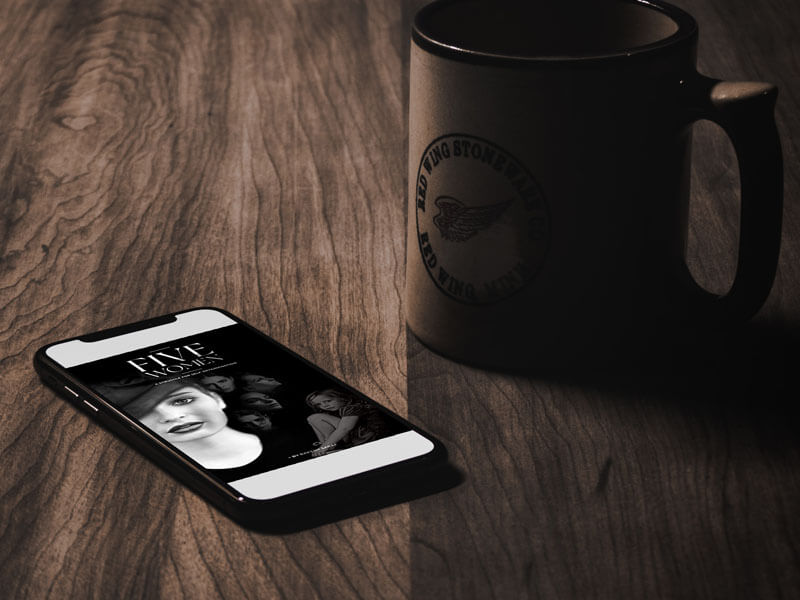 Five Women: A Struggle for Self Determination

Ashok Saraf’s Five Women is a collection five stories that talk about women. Their struggle, love, sacrifice and Independence speaks for itself through these stories…

Five Women promised to be a fictional reflection of the trials and tribulations which women face every single day. Five Women also assures you strong emotions. Although the moot point expressed by the book is comprehensible, I have mixed opinions about this book.

Five Women is an anthology of five short stories, each of which centre around one woman character and her own personal struggles. The first thing that I loved about Five Women is the kind of subjectivity with which the stories have been written. Each of the stories attempt to convey something riveting, with the help of powerful emotions portrayed by the protagonists themselves in each of the short stories. Most importantly, the mere length of the anthology is indeed surprising. This is because, in my opinion, I feel that it is really difficult to encapsulate so many ideas and emotions in such equilibrium within a mere span of 58 pages. Indeed, a tough challenge the author attempted to take up. After all, it is not that easy to convey the maximum in the minimum.

Among the five, I would like to specially mention the second story of Five Women which I loved reading the most. Nope, not spoiling the plot for you! But yes, this particular short story was quite close to me, because I could relate the story of the protagonist here with that of my housemaid. In the protagonist’s daily hardships I could recall my housemaid’s frustration and disillusionment by the society that has failed to support her. It is this similarity of fiction with reality that makes stories like these so emotional and subjective. Unfortunately, Five Women lacks the kind of impact it is supposed to make, considering the fact that it is undoubtedly a book about women.

However, there were a couple of things about the anthology which I really did not like. One, the technical aspect. The typeset utilised in the ebook format is just too short for reading from an e-reader. Come on, we all want reading to be a good experience, right? Secondly, the narrative seemed very mediocre to me. The style of writing did tend to be bland in most parts of the anthology. The problem with the narrative technique, I believe, was that there were certain things amiss that could have made the stories more realistic and convincing. Writing on women’s struggles is indeed a challenge, but each genre has its own methodology to execute the right tone and mood that you want the book to convey to its reader. And it is this that is amiss in the anthology.

Yet, it is no doubt a good one-time read for those readers who want to go for short stories dealing with contemporary women’s writing. I can only hope for more and better stories about women to be written and read among us. Our society is in dire need of stepping away from patriarchy by combating one issue at a time.

5 Books to read if you liked reading the book review of Five Women: A Struggle for Self Determination by Ashok Saraf

Pick the book if

Skip the book if

Rakesh Saraf, a New Delhi based Serial Entrepreneur was born in Srinagar, Jammu and Kashmir, and spent his early years there. He went to school in the eastern Indian state of Orissa (now Odisha), attending a boarding school run by Scottish Baptists under the aegis of the British Council.

Having finished his O Levels he attended the Shri Ram College of Commerce in Delhi, after which he went to London and did his CA/CPA. Thereafter he joined the London office of Peat Marwick (now KPMG) and transferred with them to Halifax, Nova Scotia, Canada in 1975 as an Audit Supervisor. He left KPMG in 1977 and moved to Toronto to be employed by Pilkington Glass (later owned by the Ford Motor Company). He was then head hunted by KPMG for one of their UK clients that had taken over a tech company in Toronto as a CFO. In 1984, he was sought out by a KPMG affiliate in India, AF Ferguson and Co. to work in their Management Consultancy in New Delhi. This did not last long and he quit to join a small marketing consulting start up, after which he became a serial entrepreneur. He is presently managing diverse businesses in ITES, Digital Marketing, Corporate Training as well as Language Education.

Rakesh and his childhood sweetheart Roma have been married for 45 years now. They have 2 children. Their elder, Mira also a prolific writer, was in the Fashion industry in Canada for many years and now lives in Mumbai and helps her father run his companies. Their son, Arjun, a CPA, lives in Toronto.

Rakesh has written poetry most of his life and has also written many short stories which he hopes to publish someday. “The Path to Redemption,” his first long form novel, is a labour of love started back in 2014, abandoned for a while and then completed in 2018/19.

How did you like the book review of Five Women: A Struggle for Self Determination by Ashok Saraf. Let me know in the comment section…