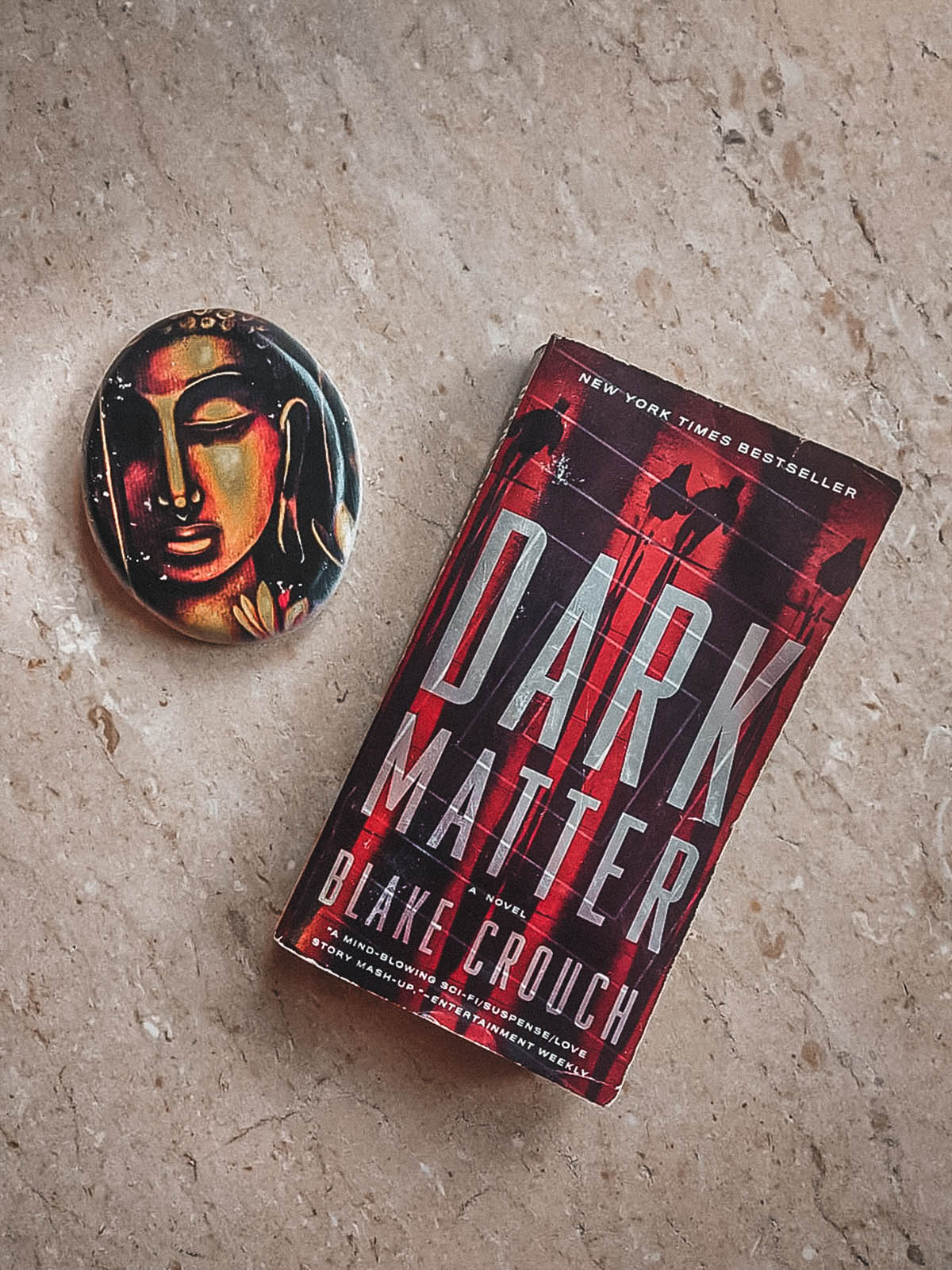 ‘Are you happy in your life?’
Those are the last words Jason Dessen hears before the masked abductor knocks him unconscious.
Before he awakens to finds himself strapped to a gurney, surrounded by strangers in hazmat suits.
Before the man, he’s never met smiles down at him and says, ‘Welcome back.’

In this world he’s woken up to, Jason’s life is not the one he knows. His wife is not his wife. His son was never born. And Jason is not an ordinary college physics professor, but a celebrated genius who has achieved something remarkable. Something impossible.

Is it this world or the other that’s the dream? And even if the home he remembers is real, how can Jason possibly make it back to the family he loves? The answers lie in a journey more wondrous and horrifying than anything he could’ve imagined ? one that will force him to confront the darkest parts of himself even as he battles a terrifying, seemingly unbeatable foe.

Ever thought about what it would be like if our realities decide to alternate out themselves? I mean agreed we all know that the present cannot be changed and it forms the core of our living especially as what has transpired cannot be altered and becomes the part of a fixed past scenario which in turn becomes a part of our memories, our past life events, the basis on which the current and future threshold of our life rests. But what if all of this ceases to be?

Hmm, let me put this more simply. Here I am, sitting and writing this out on my laptop, waiting for its turn to be published. This is the eventuality, the present happening on which the entire hypothesis is resting in a transpired motion. But, maybe in an alternate universe, another space-time set up I am an already established voice, a personality who sets the ball rolling, the mark upon which the entire chain of events is set. In other words, I am whom you might turn to as the ultimate benefactor of literary works. The writer whose vision holds more power than many others put together.

Dark Matter, Blake Crouch’s awe-inspiring work did not only give me goosebumps, but it also gave me another working hypothesis, a completely new vantage towards the concept of life, the very being of our existence.

So let’s put this more simply. A Mr X who is a certain being, living a particular life, catering to a certain profession has actually been living in a bubble all this while. It is a figment of his imagination that he holds a certain fixed individuality in the present and future as far as his being goes. Blake Crouch’s book explores and challenges the ergonomics of the linearity of this space-time individualism, arguing out that as one Mr X is living a certain type of life here, in this universe, another Mr X elsewhere in another parallel world is actually already onto another paradigm altogether, the vitalities of which are those which he may or may not have thought upon, or which he might have chosen to give a miss.

When in life at crossroads, we are always met with a choice to go either way, when the road ahead branches out in a host of options to choose from. At such a time, the choices we make, the route we undertake determine our true life dispersion, our personality as well as the further course of our lives. Crouch’s theory laid out in this fabulous dystopia puts across exactly this point that space-time is just a dimension, a quantum that is the whole contributor to what we eventually become. If at a certain point of time, we choose a particular path, uplifting a certain perspective above others we are going ahead with a choice to create the next further course of our life in that fashion. That is at a single point of time and space. However, in the same manner, at different space-time points, we may choose otherwise, leading to another set of eventualities, parallel realities. What exactly is the theory of this amazing piece of writing.

Not only was I completely blown away by this concept but what also hooked me on was the entire manner in which he has put forward the story he has designed making it relatable and resonating. The main protagonist Jason Dessen who lives a particular life is suddenly caught unawares one night, stuck in a loop of space-time where he realizes that life is not a simple linear equation as it appears rather it is a mysterious matrix where space and time are simply a single dimension, a sole point of the infinite possibilities which perhaps is what exactly the multiverse is about. Phew, Mind-boggling!

This idea surely has always been toyed with by all of us at some point of time in life. Even, going back to some of the earliest sci-fi written we will find strains of this concept being mulled. However, putting it across in such an amazing manner where you are fascinated, smitten as well as compelled to think multi dynamically is what for me, is Blake’s achievement par excellence. To give us another line of thinking, many in fact and push the quantum of both physics as well as time well past the ordinarily accepted threshold is what makes Dark Matter unique in its execution.

Some may argue that certain scientific concepts discussed are a bit complicated, not to mention the breakneck speed at which the story proceeds in the strange labyrinthine of occurrences. However, for all those, I have word-anything spectacular and unique, new and indiscernible is never easy folks.

I would simply say not only sci-fi readers, but all those who want to have a go at reading something which is well beyond the realms of imaginable, go and grab a copy of this one. Prepare to embark upon a roller coaster which is perhaps one of the most riveting, mind-numbing, yet exciting pieces of science fiction ever created.

So, this was a Booxoul Sci-fi recommendation for you. Hope you guys liked this article. Let us know in the comments and we shall be back again, with another recommendation, from another genre the next you catch up with us.

I hope you like the book review of Dark Matter by Blake Crouch. Do let us know what you think in the comments.

Till then, go catch your alternative realities, you guys!!