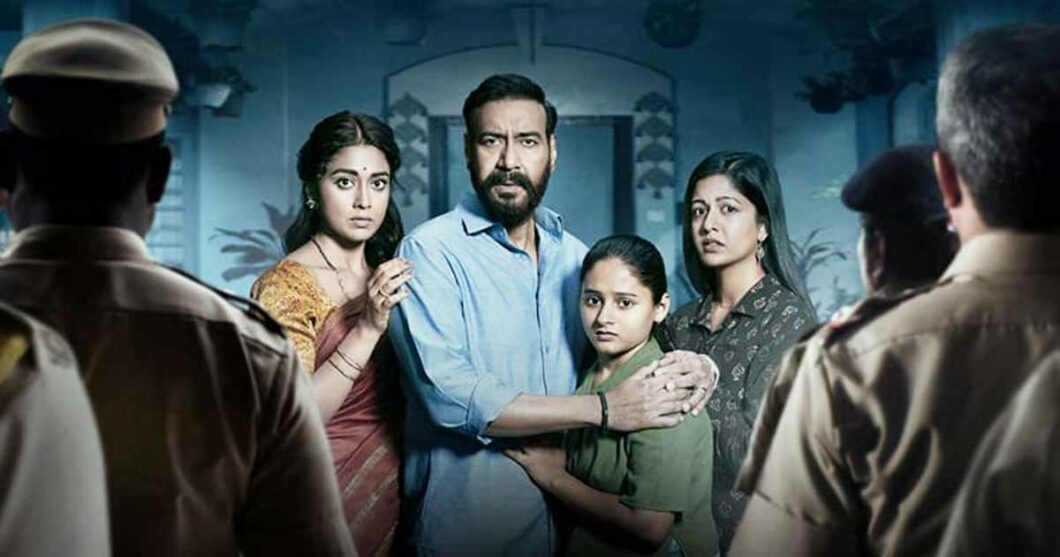 Why Drishyam 2 is a blockbuster Hindi Movie?

Sequels generally do not always happen to match the expectation of the previous. That is because excellence is the target, to repeat history and also pursue the same level, perhaps a higher one is a task not for the usual and less inclined. Nevertheless, Movie Drishyam 2 which hit the theatres this Friday is a perfect example of how a sequel should be made. The precision, plot, perfect performances, and ample thriller material to lead this next in the series shows us how the Salgaonkars might have been let off scot-free earlier and yet will they be able to still remain the same owing to lack of evidence? Or will they get embroiled finally into a conviction they have been skirting for ages? A gripping thriller poised to keep you on the edge of your seats, Drishyam 2 is a must-watch movie.

Finally, here is a Hindi remake which can truly qualify as a gem of an adaptation and not simply another copy-paste, one that does not add spunk and character of its own to the main plot. Drishyam, the Hindi remake movie is as good as its Malayalam counterpart, a much-awaited and deserving sequel which is sure to be one of the highest grosser of the year, thanks to the brilliant performances as well as superb word of mouth

Yes, the simple, humble cable operator Salgaonkar is back, this time surreptitiously fighting another super-cop Akshaye Khanna. I, for one am completely bowled over by the fact that in spite of being a thriller, this one has been one of the most awaited, anticipated movies of 2022. Reason? Simple, it’s Ajay Devgn honestly! No, I mean it the guy has me crazy for his stellar performance, delivering punch after punch (hey, not literally huh!) Ajay literally breathes with his acting, his expressions are like so fluid, his eyes so intense, it is barely a surprise that people cannot keep their eyes away from him. A true hero in the sense of the term as once he fills the frame there seems to be simply no scope left for anyone except to sit and watch him with their complete, undivided attention.

THE PLOT IN THIS NEXT…

So, now that you have surmised the cable operator Salgaonkar’s modus operandi and take on the murder of Sameer in the first part might have not been as foolproof as it sounded to be, with he and his family have managed to jump the system and law successfully, a new officer Vijay (Akshaye Khanna) in tow decides to plant watchers around the family to get to the bottom of the mystery. So, it remains to be seen whether Salgaonkar will be able to safeguard and protect his family as in the previous instance? Or will they finally fall bait to the trap woven by the law and Akshaye? You gotta watch this one to find out.

A fail-safe plot, a concept worthy of celebratory audience responses, debutant director Abhishek Pathak’s work albeit cut out in this one, thanks to the pre-established string of excellence as a lead magnet from the previous, yet he manages to hold the strings of this one pretty well.

Whilst Jeetu Joseph’s storyline does most of the work, ticking the right boxes the performance deliverance scatters stardust to the grave intense melee making it an edge-of-the-seat thriller, one where you shall be surely inclined to celebrate justice being meted out philosophically more rather than in the manner of the true cause-effect courtroom style judgmental one.

Ajay Devgn, as usual, is at his stellar best, his style, his demeanour and his expressions working out to the best of the plot’s abilities. Whilst in the Malayalam original Mohanlal played the character, Ajay ensures a perfect delivery, toning down his stardom to the point where there stands no demarcation between Ajay and Salgaonkar as a persona. I was completely in sync with the fact that here stands the modest humble cable operator again in front of me, one who can be razor sharp in times of distress, coy and yet strong enough to protect his family.

Tabu performs like a breeze, his usual excellent self. There are some actors who I sincerely feel are simply born to do nothing but the outstanding and for me Tabu, was, is and always remains that one performer who effortlessly plays and seamlessly becomes what she delivers, flourishing and excelling, even more, role after role, surprising us with her pursuit to perfection.

ALSO: 5 Best Hindi Movies of Ajay Devgn You Must Watch

Rajat Kapoor, Shriya Saran and Gaitonde aka Kamlesh Sawant are at their regular best and they carry on their parts in proper tandem to continuity.

Overall, in the aftermath of the successfully executed conspiracy in the previous, this one stands tall, owing to an unusually brilliant portrayal of Salgaonkar, Vijay and Meera, getting together all the grey areas amidst all that is black and white. Whilst each of them tend to approach the scenario with a different emotion-rage, emotional trauma, protectiveness, and love it is surely commendable how all of it confluence out so beautifully to create a power-packed thriller sequel which is surely going to be one of the year’s biggest Bollywood blockbusters. You have to watch this guys, no option huh?

So, hope you guys liked my little tete-a-tete on Drishyam 2. Do let me know in the comments whether you have managed to watch this one and if so what are your thoughts on it. Also, stay tuned with us right here at Booxoul, for the best in the field of entertainment, lifestyle, travel, fun, finance, fashion, education, tech and gadgets as well as all things bookish.