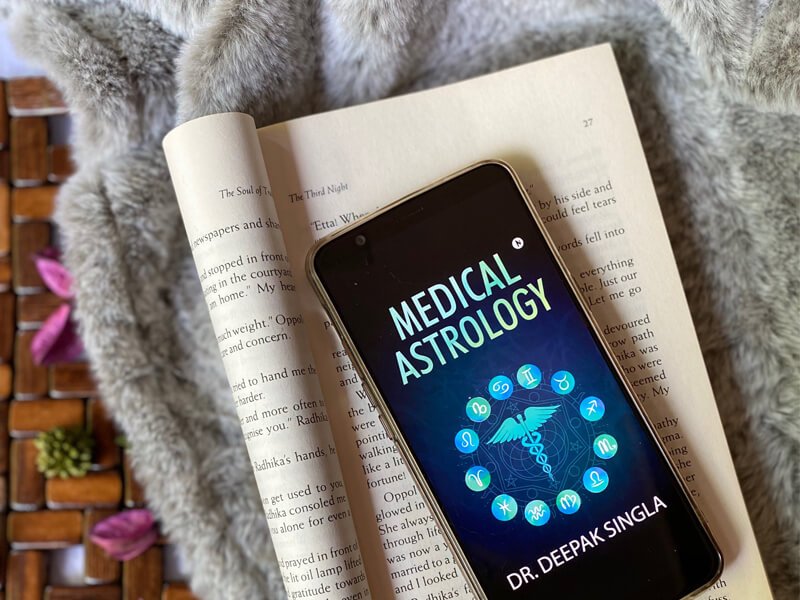 I come from the Doctors Family, who believes that astrology and health go hand in hand almost always, so reading Dr Deepak Singla’s Medical Astrology was such a pleasure. It was the book with which I could relate easily at many levels. This is a perfect first book to read about medical astrology and makes you think about how health and ill-health are in some way connected with stars. To those with previous knowledge of medical and astrological concepts, like the stars, houses and dimensions, as well as the signs of the zodiac, this turned out to be a very informative and engaging book.

This book Medical Astrology by Dr. Deepak Singla, talks about your basic nature and how the Zodiac signs affect them. The author describes the main role of medical astrology as identifying the underlying astrodynamic patterns which connect mind and body, addressing the inherent problems of the exterior symptoms. Many diseases such as Diabetes, Respiratory, Heart, eyes and etc are explained in a very detailed way along with the rashis that rule that particular house.

What I most liked about the book is that the author is not attempting to replace the medical team but rather is complementing them. The author describes how the process works– changing our relationship with our more difficult characteristics through awareness and alertness.

What’s more, the narrative and language of the book Medical Astrology by Deepak Singla, are simple yet super engaging. This is a book you can keep coming back to every time you feel like.

This is a perfect book for people like me, who are always curious to know more about astrology and how it affects our health. I highly recommend this book to you all. I rate this book 4 on 5.