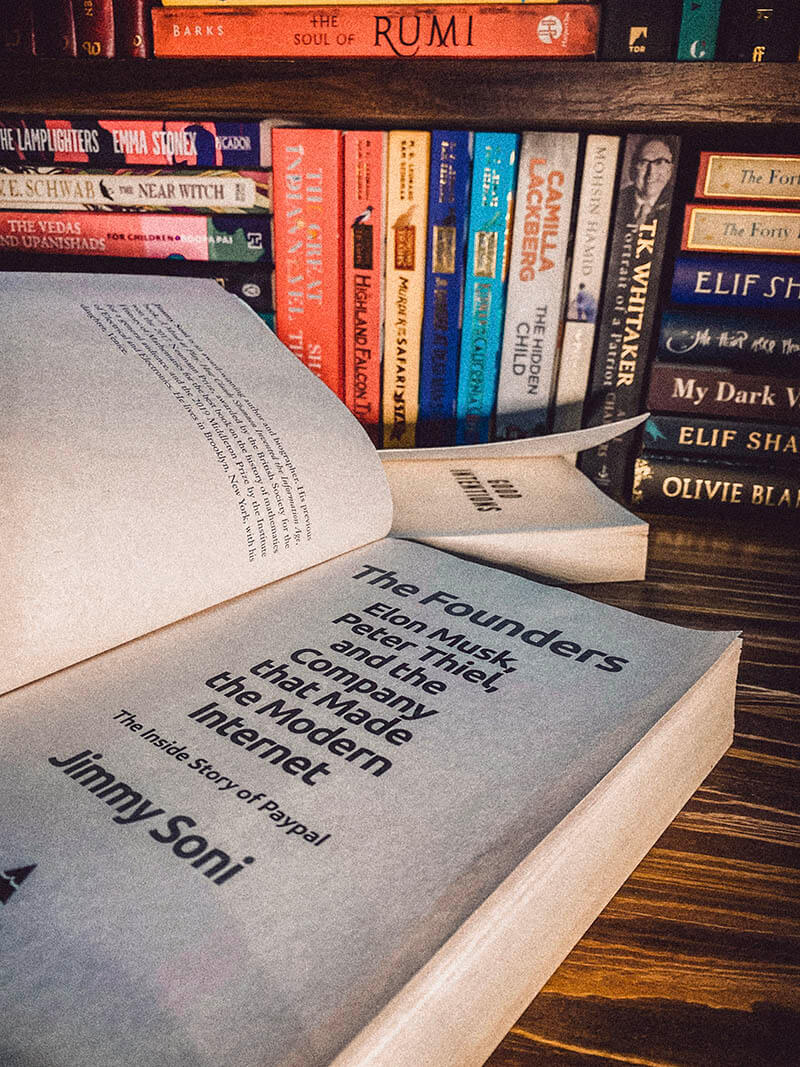 Book Review of The Founders: Elon Musk, Peter Thiel And The Company That Made The Modern Internet

The Founders: Elon Musk, Peter Thiel And The Company That Made The Modern Internet

Out of PayPal’s ranks have come household names like Elon Musk, Peter Thiel, Max Levchin and Reid Hoffman. Since leaving Paypal, they have formed, funded, and advised the leading companies of our era, including Tesla, Facebook, YouTube, SpaceX, Yelp, Palantir, and LinkedIn, among many others. Yet for all their influence, the incredible story of where they started has gone largely untold.

In The Founders, award-winning author Jimmy Soni narrates how a once-in-a-generation collaboration turned a scrappy start-up into one of the most successful businesses of all time. Facing bruising competition, internal strife, the emergence of widespread online fraud, and the devastating dot-com bust of the 2000s, their success was anything but certain. But they would go on to change our world forever.

Informed by hundreds of interviews and unprecedented access to thousands of pages of internal material, The Founders explores how the seeds of so much of what drives the internet today were planted two decades ago.

Those who have learned to walk on the threshold of the unknown worlds, by means of what is commonly termed par excellence the exact sciences, may then, with the fair white wings of imagination, hope to soar further into the unexplored amidst which we live.

This quote which appears even before the introduction of a book I recently read very neatly sums up the writer Jimmy Soni’s views on the manner in which companies can possibly make it to the highest echelons of success and visibility.  A company’s true value is not judged and determined by its numbers alone but also by the kind of takeaway it imparts to its clients and community.

Cyber technology, its advent and presence in our life has become manifold. I would even go as far as to say that this has not only been because of the pandemic but way before that say around 2016 and before. When Narendra Modi announced and executed the infamous demonetization, way back in 2016, little did anyone think that he was in fact paving the way for digitization which is the better option and the foundation of a supremely brilliant future upon which our present also stands altered and poised to zoom towards the best, technologically and otherwise.

PayPal which was the usher of the start of the Fintech revolution had always been the point of intrigue to me, back then. It has been amazing to see the manner in which they have simplified our lives, uncomplicating and expediting processes, which by the way could have been too long and cumbersome.

Jimmy, through this book, has indeed managed to capture the early days of the dot com bubble. A book which is revealing, surprising sometimes, lays it all bare for the readers to understand the finer points of the hustle story of Paypal, as well as its gigantic rise to the head of the Silicon Valley. He has meticulously reported and brought to light all those inner workings, all those secrets which were otherwise veiled in shrouds of top secrecy until now.

I actually felt as though I was discovering rich characters, exploring and musing upon what it actually takes to start a company and alter History forever. The book explores those innovators who through their fervour, spiritedness went on to not only shape the digital world but give new dimensions to entrepreneurship as well as modern innovation and technology.  Be it Elon Musk or Peter Thiel, it was fascinating to read and discover how these wizards managed to flourish their wands, hustling technology and innovation towards building the pinnacle of a superb, hassle-free future.

To get behind the scenes and know each one’s story as it transpired out, now that is something I had been on the lookout for a while. A refreshing as well as enlightening perspective, Jimmy’s writing has brought forth the founders before they became what they are known for today. Elucidating the story behind some of the biggest minds, and technological game-changers of our era here is a book which will pen the plot right from the top, giving you a one-to-one account of each and how it all started.

It is not only the solid, in-depth research and interviews that make “the Founders” an informative read.  Jimmy has gone through the big picture in detail, looking into the minutest possible details that go into making a new team and making it big. The hustle, and the hard work behind making this the beacon point of its plethora is what has been encapsulated through this book.

Want to understand the technique and science behind fundraising, product management, brand management, team dynamics, handling competition and all entrepreneurial significant takeaways. Grab this one and you shall get its weight in gold. Learn how one can make it huge and for ages, in this highly competitive, cutthroat world. An adrenaline-pumping, informative, intense read.

So, this is it from Booxoul today. Hope you guys liked this review of The Founders by Jimmy Soni. Do let us know in the comments below which other books would you like us to read and review for you. Stay tuned for the best in the field of entertainment, lifestyle, travel, food, tech and gadgets, Finance as well as all things bookish.