A movie which has been on an unexpected rise since its release in both its Kannada and Hindi versions, Kantara by Rishab Shetty has crossed even films like RRR and K.G.F chapter 2 to become one of the highest-rated Imdb films ever.

So, at the onset today, I want to share with you 5 reasons why the movie Kantara is a big hit with viewers, I feel:

Yes, I saw the movie Kantara, I went through the emotionally thrilling rigmarole, a movie which touches upon the cast politics in Karnataka. This one which has been in the headlines ever since its release has a rustic touch to it which dates back to Indian roots.

So, while I caught up on the movie amidst much speculation, it somehow seemed clear to me from the start on the day I was going for it that I surely was going to be catching up on something special. Well, not sounding biased or anything its just that I have seldom seen word of mouth do such wonders and in Kantara’s case, it was one of the strongest since surely there are no language barriers for movies with great content and Kantara has proved this brilliantly.

Being the weekend, I surrendered to the melee of the usual, preparing to let myself loose over catching up at the weekend with my sister over this one and some great spent quality time. Little did we both realize that the movie would be so enigmatic, and overpowering that we were soon going to be caught up in an adrenaline rush of an aphrodisiac of sorts (says anyone who has heard and seen the song ‘Varaha Roopam’ on the big screen!) where all we would be reduced to would be a pile of distorted bean bags, caught up in awe, intimidated to the point of getting goosebumps in the last 30 minutes of the movie, going back home in a fierce pride of having witnessed the cultural roots of our Indian ancient heritage, celebrating it all the while coyly.

This enigmatic venture here which literally translates to “mythical forest” is a beautiful mesh of folklore and fantasy having been inspired from true life incidents. Shiva, a Kambala champion is at loggerheads with an upright forest officer, while the film plays out over 3 different timelines. Revolving around a universal theme of man v/s nature conflict, this one is a face-off between the villager Shiva and the forest officer in tandem with illegal hunting.

The film shows Bhoota kola, a highly stylized dance held in the honor of the local deities worshipped by the Tulu population. In this one, Daiva (an animist form of spirit worship practised in coastal districts as well as parts of Kerala and Karnataka) forms the bridge between man and nature and the story has been built around this one.

Well, as Rishab Shetty has himself put “The more rooted a story, the more universal it can become”. Surely, the going back to the roots factor has worked magic as the end result is something cinema rarely gets to witness I feel. The very existence of the film stands in line with a magical weave unifying nature, divine along with humanity. Yes, Kantara is a confluence, the likes of which have never been experienced before. Whilst folklore traditional practices as well as regional beliefs and following took the center stage in this one it was Rishab’s performance as a man possessed by the demi-Gods Panjurli and Guliga which for me, were the cherry on the cake.

Yes, I believe in the ideology portrayed in this one. Indeed, land has a certain energy. The good and the bad co-exist and so do nature and humanity alongside the grey which we address as the demi-Gods.

The best part I felt was the fact that here cinema has been used to portray something that will compel you to go back and think, delving into your traditional roots, challenging and questioning practices but at the same time, it has been done in a way where I as an audience was given the higher ground, being updated on art and otherwise and yet been given a choice to immerse myself headlong into this intense folklore.

I cannot sum this one up before acknowledging how I was taken in by the Bhoota Kola performance.  I must say Rishab must have surely witnessed it first-hand and also personally gone and witnessed it or must have had an expert on the subject guiding him, to be able to deliver such a performance. Man! That scream, left me tingling in the skin underneath. I surrendered to the deity myself and how!

So, before I close this one today, I have to tell you guys whilst folklore, tradition, culture, mythic form the base of this one, another strong facet I liked in this one was the depiction of class politics. Oh yes, the conflict between the haves and have-nots and how the upper-class landlord takes the land of the tribals and deprives them of their rights was another strong standpoint of this stellar cinematic venture.

Related: 5 Reasons Why the Hindi Movie Vikram Vedha Failed to Live Up to Expectations

Yes, Kantara has been spellbinding, enigmatic, overwhelming, awe-inspiring, intimidating and equal parts amazing and flamboyant. A rich cinematic experience, ostentatious sequences, a thrilling storyline, breathtaking cinematography, an incredible background score and surreal performances made up for one of the best movie experiences I have ever witnessed. 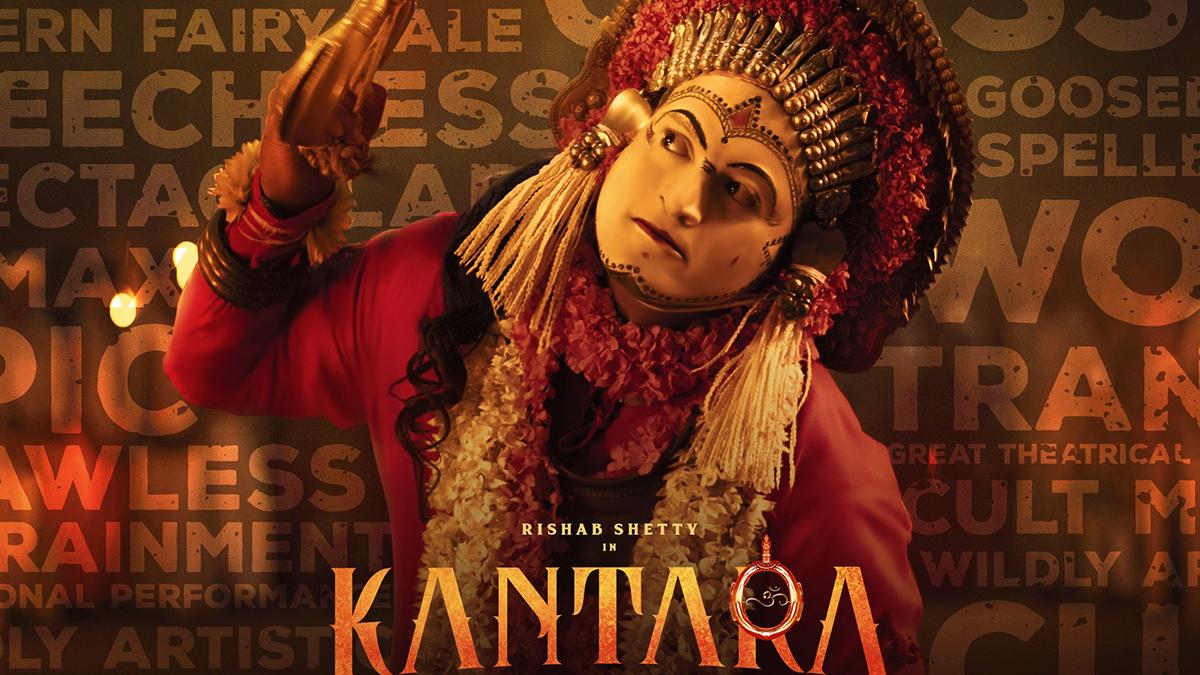 Set in the fictional village of Dakshina Kannada, Kantara is a visual grandeur that brings alive the traditional culture of Kambla and Bhootha Kola. It is believed that Demigods are the guardians and their energies encircle the village. In the story, there is a ripple when a battle of ego swirls along the tradition and culture of the land. The soul of the story is on human and nature conflict in which Shiva is the rebellion and works against nature. There are intense conflicts he indulges in. In the end, a much-awaiting loop leads to war between the villagers and the evil forces. Will Shiva, the protagonist of the film be able to reinstate peace and harmony in the village perceiving his existence?

Do go and catch this one on the silver screen, you guys. And stay tuned with us right here at Booxoul for the best in the field of entertainment, lifestyle, fun, fashion, finance, travel, tech and gadgets, fashion as well as all things bookish. Till then, go watch Kantara you peeps!