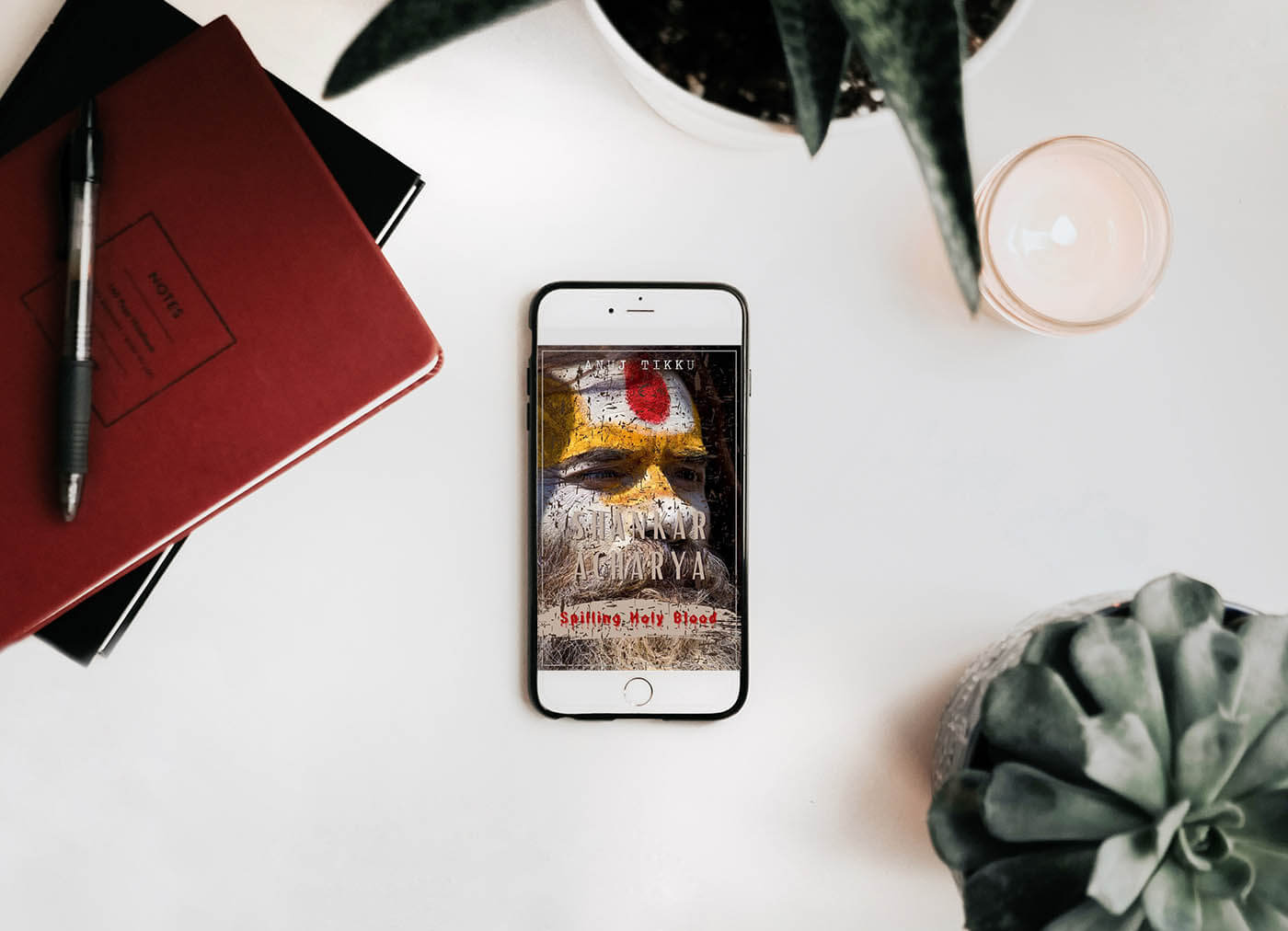 Adi Shankaracharya has been anointed as the new leader of the Sanatana Dharma and the Hindu Faith. He now sits as the head of the faith as the new Shankaracharya after the demise of his guru Swami Swaroop who dies from a snake bite. After becoming the supreme leader of the faith he starts a process of temple land reform and distribution of free food. His reforms are met with resistance in the Mahasabha. The Tiwari family oppose him and his reforms. It is here that Shankaracharya takes the help of Shambhu a chandal at the cremation ground to silence his detractors. The book Shankaracharya is an inside look at the politics, intrigue and skulduggery that goes inside the most ancient Hindu spiritual organisation.

“Money and corruption are ruining the land, corrupt politicians betray the working man, pocketing the profits and treating us like sheep and we’re tired of hearing promises that we know they’ll never keep.”-Ray Davies.

Indeed, corruption and that too, by the politicians is one facet that continues to be the bane of a successful existence as far as our society goes.

I recently finished reading Adi Shankaracharya: Spilling Holy Blood by Anuj Tikku which revolves around the concept of the dirty games of politics, power and greed. Anuj Tikku, who has in the past too written on powerful, sensitive issues, strikes yet again, this time with the story of a young lad named Adi Guru who becomes the new Shankaracharya of Hindu mathematics. He has a big gang of followers and also an equally large group that detests him, accusing him of conspiracy and foul play.

As Adi Guru starts introducing new reforms, challenging and jeopardizing the authority of the existential Gurus, Priests, things start getting more intense and murkier. This is the point when onwards begins the ugly game of greed and power. To find out what ensues next, you guys have to read and jump into this racy read.

The book has discussed many concepts, values and groups albeit in a strong and sometimes a bit offensive kind of tone being used. Scandal and sensationalism are the core of this one where Anuj has tried to peruse vitality and substance through a plot that speaks of many concepts.

By including stories from Upanishads, Anuj has tried to bring a lot of realistic vitality to the story.

For me, to begin with, the cover for one was absolutely a smash out of the park. The image of a Kaapalik was as intimidating as it was bang on perfect, in tandem with the concept of the plotline.

As a writer, I would say he has done a splendid job and I would not want to pause and sit back to mull upon the clear, literary authenticity and genuineness of the info provided by him. However, from the writing style POV, Anuj has once again managed to hit the mark by delivering an impactful and daunting storyline, one that surely revolves around the current transpiring in our society.

I realize and want to add here that this one is surely for those readers who are a bit open-minded as well as those who don’t mind reading scandal mixed with controversy. A word from the wise if you please, guys, I’d strongly suggest you not go hunting for the authenticity of the information put across in this one but peruse it completely as the writer Anuj’s vantage and vision, the literary one I mean.

Keeping all hooked right from the start, Shankaracharya which is a short read will keep all hooked with its superbly intriguing storyline, its daunting character haul, the real to the life storyline and all other elements that make it up for a crisp, short yet a powerful read.

A tiny little observation that I felt here was a bit crispier editing would have made a substantial difference, especially to the language. Apart from that, I feel Anuj as is his usual array and deliverables has struck again, this time with an issue that is not only sensitive but also relevant as well as flamboyant enough to compel us to get off the rafters and promote ourselves from mere spectators in the majority of situations to hustlers who realize what is happening and move forward sensibly.

A true delve into the chicanery and the brutal revelations which form a part of politics has been put down raw and bare for all to read through this powerful story by Anuj.

A good piece of writing.

So, hope you guys liked our review of Shankaracharya: Spilling Holy Blood by Anuj Tikku. Do let us know in the comments below how you liked this article. Do not forget to tune in daily for the best in the world of entertainment, travel, leisure, food, lifestyle, tech and gadgets and all things bookish. Only here at Booxoul, India’s best book review and lifestyle blog.