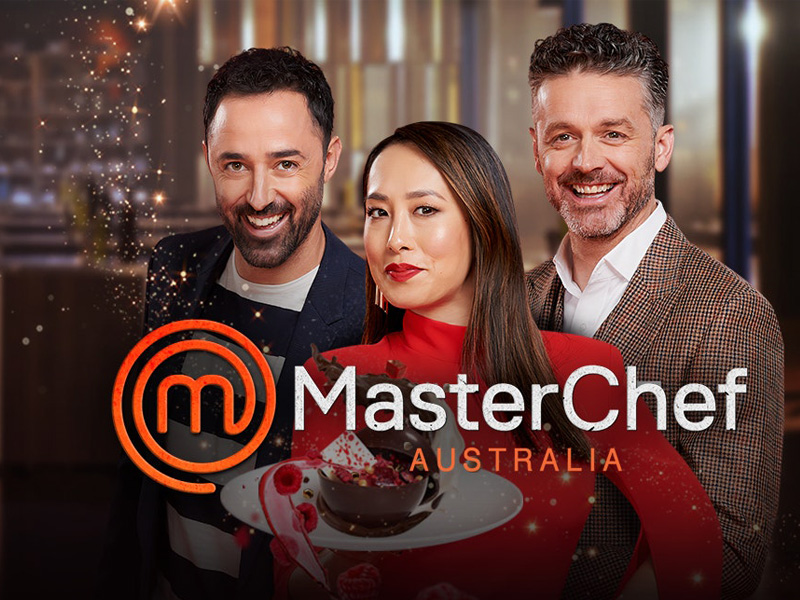 It all happened here on the Master Chef Grand finale Season 13. The finale, where we saw twists and turns matching those of The Time Traveller(it’s a roller coaster from Silver dollar City, USA). Yes Indeed, Justin, Pete and kishwar kept stealing our hearts, all throughout the season, but as an afterthought, it was Kishwar Chowdhury, a Bangladeshi Australian who wowed everyone, bringing back traditional cooking roots to a global platform like Master chef.

Citing herself as a homecook, this 38 year old mother of two, a printing business owner has been enthralling everyone with her closer to home, staple fares. Be it her Gosh Patties, Khichudi with Baigun Bharta, Bhaapa Maacha, Fuchka Chotpoti and Samosa or something as delicately sensational as her Mint icecream wrapped in Paan, she has been a Rocker all along the way.

Kishwar, who aspires to have her own cookbook showcasing and honouring Bengali cuisine someday, managed to garner attention with her simple, yet effusively effective sense of tadka, flavours while playing it cool all along. Having to face a pressure test by none other than the great Peter Gilmore, a sweet as well as savoury Face off was daunting but saw a host of extreme surprises both from the contestants and even the choice of the finale dishes. The replication which seemed intimidating enough had all the remaining contestants probably thanking their stars for not having to face this pressure test and simply having to watch it surely!!

This put aside, do you guys know what Kishwar served as her finale feast to the judges? well well, hold your horses!!! She cooked the oh-so humble“ Panta Bhaat” alongwith “Aloo Bhorta” and sardines to the judges. Panta Bhaat which is leftover rice soaked in water (rice gruel), a staple home food, akin to a staple peasant dish. Indeed, the Aloo Bharta is simply a basic preparation made traditionally in paucity of other options to cook!!!

Brownie Points to her for having levelled up simplicity to Sophistication, tying up traditional history to humility. Though netizens all over the world quickly got befuddled and divided over her choice of final cuisine presented on such a huge platform.

Whilst many stand for and praise her choice of comfort home food others also severely criticized her adventurous jab at traditionality calling it reckless.

Whatever said and done, at the end of it all, Kishwar stands a clear winner in her arena, having compelled the wheels to turn in the minds of foodizens all over, nudging them to think and feel the beauty and simplicity of traditional Bengali cuisine and acknowledge it on a global platform. Hats off Kishwar!!

Though Justin has won the competition, You remain the Bengali Tigress of Australian Bangladeshi origin to rule hearts worldwide and change the idea of a true traditional home cook all the way!!!

You rock girl!! Happy Bingeing people!!! Do let us know in the comments below what do you think of Kishwar’s choice of the finale cuisine fare and also whether you feel it did justice to her whole presentation as a multi faceted, complex cook ?? We would love your feedback guys….

Watch it on Disney Hotstar

Hope you enjoyed reading our article The Berserk Bonanza of the Bengali Comfort food: Netizens of Master Chef Australia season 13 are divided over Kishwar’s Panta Bhaat with Aloo Bhorta