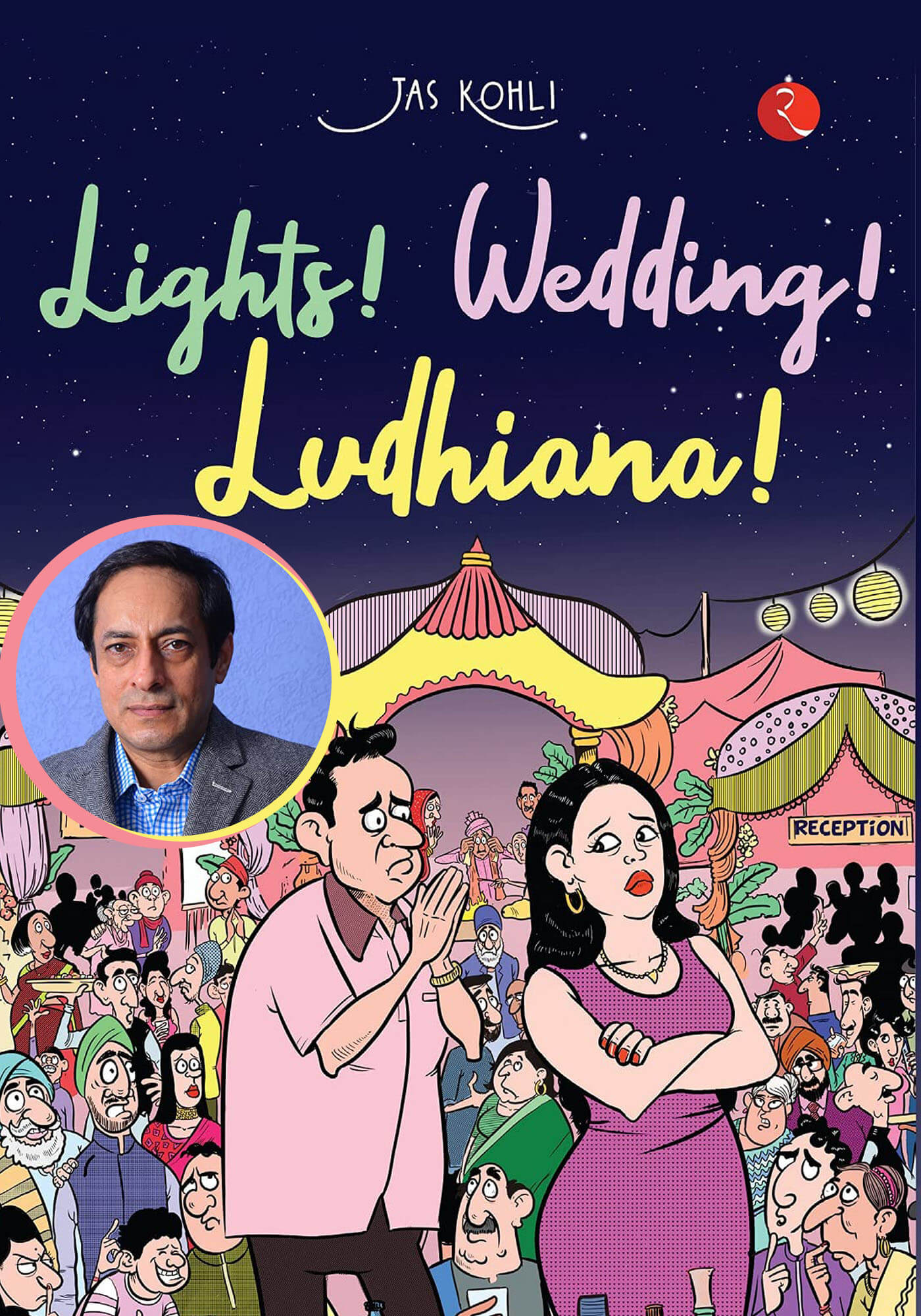 Marriage is an attempt to solve problems together which you didn’t even have when you were on your own.

Indeed, funny are the ways of life and this world, especially human relations. Marriage is perhaps not only one of the strongest but also the most comic relationships to adorn our lives. The wry humour that is created is entertainment at its rib-tickling best, I feel.

Indeed, the saying goes true that Keep your eyes wide open before marriage, half shut afterwards. That is, indeed, the first step to a successful happy marriage, eh!

Today, we wish to spotlight one such brilliant Author who has managed to capture this humour through the true Punjabi wedding vibes and also done so whilst giving an important message as well, related to the environment.

Jas Kohli, a doctor by profession, candidly confesses, this being his third writing endeavour, writing has always been there at the back of his mind right from the time he was in school, having written for school magazines. Having proceeded to Medical, he resumed writing after he got settled in his profession.

Ludhiana, his hometown, he feels is especially one place where people plan weddings months in advance, not only the close members alone but even the far off acquaintances. Right from what is to be worn to what all shall be a part of it, no effort is left unattended. Even the financial planning, he feels is done much ahead of time as this is one of the most important social activities in one’s life here. This surely, as he says is a social activity not only to show off to the whole world but rather a communion of two families, two life systems and much more.

Kushal, his book’s main character is the complete soul of the book, Kohli feels. Being an Anti consumerist, Kushal comes across as the odd man out in the tide of all the glitzy snazzy people, whose crowd he is a part of. Kushal metaphors an element that is in battle with a much bigger enemy mainly consumerism as well as materialistic societal attitudes.

Kohli also makes a very valid point, which I particularly resonated with. Sometimes, especially during marriages, people tend to give in to social stigmas, end up taking loans to be on even footing with society’s fake bandwagon pressures. A person should only indulge in as much as he can afford to spend, Kohli reiterates. The bandwagon has to be done away with and that is what Kohli has tried to subtly remind the audiences at large through this work.

FEATURED: Spotlighting Anu Kay: The powerhouse Author of Like the Radiant Sun

The comedy he confesses is tricky business to create. As it has a measurable parameter namely-Did this book make me smile? Did it resonate? Hence, one has to make an interesting mix of elements such as irony, satire, wry, situational humour and many other shades of comedy to hit it out on the funny bone of the readers.

Ask him about his hobbies and he confides that being a Cosmetic Surgeon, he has no emergencies usually. So once away from the clinic, he has many other activities he loves pursuing, Nature walks -watching birds and butterflies being one of them. He is a part of a Nature club too where he goes once a month to excursions fueling his Nature Love and also inspiring others to do so.

Astronomy too happens to be a favourite with him though he feels pursuing stars has become a difficult business, thanks to the increasing pollution in cities nowadays. Alongside this, he is a Bollywood movie buff too. Albeit being an old-time lover, his choices are the immortal Guru Dutt, one of the Pioneers of Cinema. He believes the yesteryears are the golden era containing the real entertainment and the real laudable talent.

He also enjoys reading books on Mountaineering and travelogues and such magazines in his free time.

Among International Authors, PG Woodhouse is his favourite. He loves to bask in the sunshine created through the characters created by Woodhouse. He also feels that Indian Authors are now coming of age where they are as good as any other global ones.

A message he gives for the budding writers is that they should not hurry through the publishing process. Instead, they should hone their writing skills by reading better books and also getting feedback from other Authors. He says that any Author needs to have a volume of work before the readers start recognizing him. Thus, being a longer process, he says that too much should not be put at stake for the first work. Take it slowly, swiftly and surely. Also, he says that one should try and create a work that has something in it for all to read and enjoy. Remain connected to your readers through blogs and other social media.

So that is it today from us at Booxoul. Celebrating the Big Fat Indian Wedding Punjabi ishtyle Chak de Phatte: Spotlighting Author Dr Jas Kohli. Stay tuned for the Best, freshest and the most updated, exciting and entertaining content with us here at Booxoul.