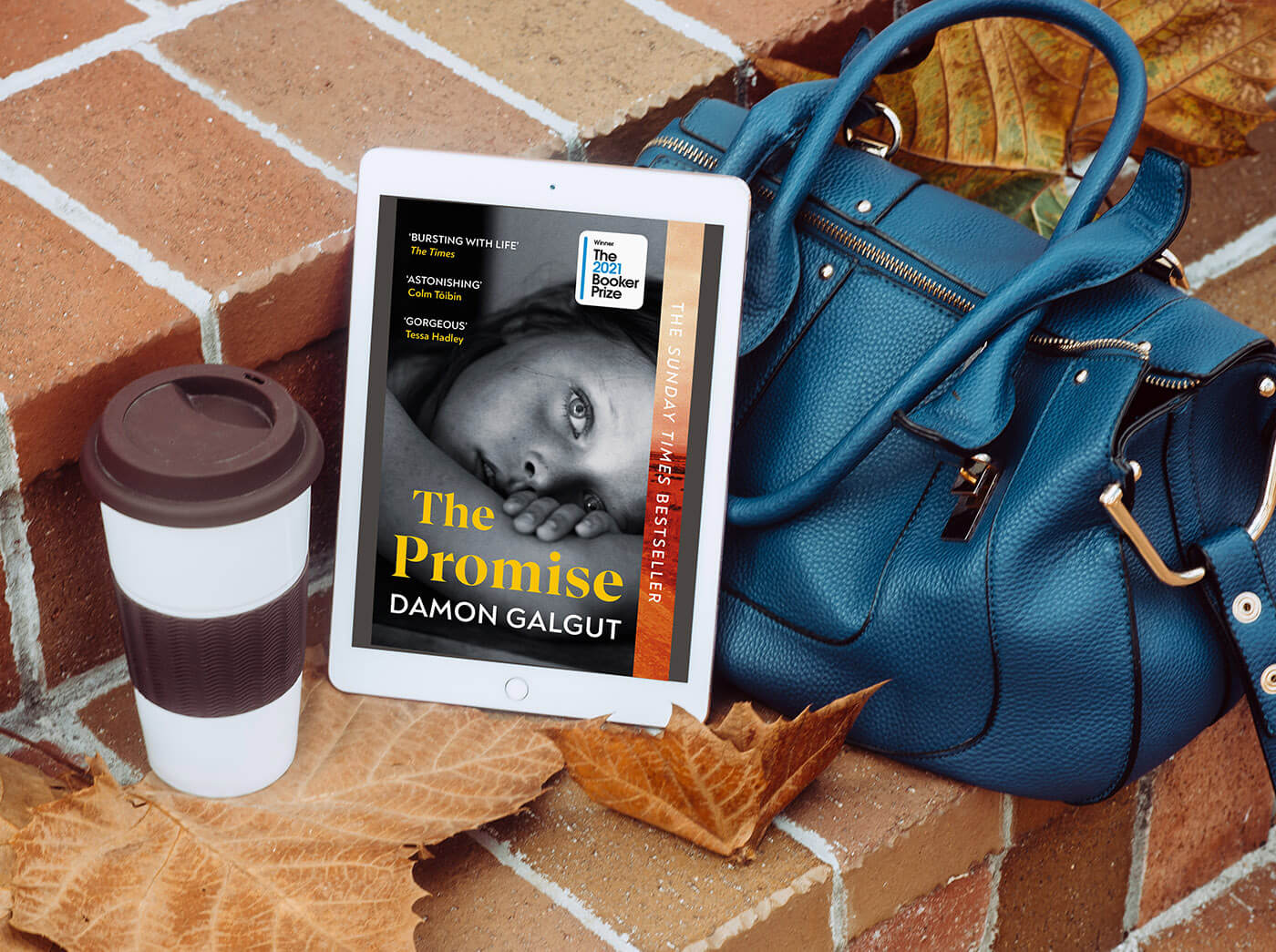 In Colm Tóibín’s words ‘Astonishing’
‘Discover the powerful prizewinning story of a family in crisis.

South African writer Damon Galgut who won the Booker Prize recently for his book The Promise, has minutely examined and mused upon the ergonomics of a dysfunctional Afrikaan family, over a period of 3 decades.

These 3 decades for me were melancholic labyrinthine where as I proceeded I felt completely blown yet intimidated by Damon’s style of writing. Right from the time, I started upon this unique narrative, I felt as if I was being physically pressed upon with heaviness, a kind of darkness borne of unfulfilled desires or rather promises made. Surrounding me from all sides. Overwhelming me, yet endearing at the same time. I know you guys will be like, Hey, it’s just a book! But no, this is not simply a book people. It is much much more… Damon has written this in such a form that I practically felt as though I was watching the story from each and every angle, drenching my soul with non-existent emotions which were not mere heartfelt but practically existential as if they were alive, breathing, their heart beating right beside me. in spite of being a title that is touted to be void of them.

READ: Book Review of His Voice by Rima Pande

Upon proceeding into the Swart family’s disintegration and perusing its dysfunctionality, I felt that surreal sense of deja-vu which is not common to come by. As the story continues, jumping from one character and subplot to another, I could virtually taste and fathom each and everyone’s stream of thoughts, resonate with their actions and also decipher their next course.

Each and every character, be it, Amor who is the youngest sibling and who is the one who carries the burden of the said ‘Promise’, a responsibility of the fulfilment. I completely could relate to her who was struck by lightning as a child and hence has been shown to be a bit slow and thus a sort of liability to the family. But in actuality, she is the one, who is getting incapacitated under the weight of this responsibility. Be it Manie, Salome, Anton or even Astrid, Galgut has structured out the narrative in such a manner that the hero of the plot remains the “Promise’ – the subject of Salome’s inheritance which has been passed on as the “promise” to be fulfilled by Manie at the beginning, which is then passed on by one to another as and how every character transcends onward to their next in the cycle of karma. Salome, who is the most important link in this entire cycle, is the confluence aspect bringing together all that Galgut has tried to impart through his writing. And she is the personification of the barbarity of the social standards that Galgut has tried to convey.

Galgut here has depicted a family that has no close links with one another. To create such a pattern and yet explore the individual perspectives, the squandered opportunities, infidelities, self deprivations all have been interwoven in such a seamless fashion that I could not help but marvel upon the style of writing adopted by Galgut.

An absorbing piece, Galgut minutely explores the rise and the fall of the White South African family in a tragicomic allegory, one that also highlights the barbaric treatment of Blacks during and after that period.

You may be enveloped by darkness, but sometimes that eternal melancholy is uncannily therapeutic, growing on you by leaps and bounds.

Galgut has managed to encapsulate the changing political scenarios very efficiently through the tonality of this narrative, intricately giving us a vantage point from different angles, sometimes even as trivial as through that of an insect or a corpse in the story.

For me, this omnipresent narration is a masterstroke of excellence, one which is surely the hero of this narrative, not to forget his uncanny writing resemblances to William Faulkner or for that matter even Virginia Woolf.

To explore humanity with all its boons as well as banes is no mean feat and for me, Galgut’s writing has withstood not only this vital litmus but several others which are essential but are never mentioned.

I mean it is easy to outline one’s vanity, virtues and good qualities. But, to highlight what is negative, detrimental and what actually denotes the faults of one is something that requires skill and expertise to pull off, I feel.

Brownie points to him for creating a novel that is stark, devoid of emotions yet happens to be a title which I enjoyed reading yet am very frustrated that I happened to pick, thanks to the aura of melancholy it dissipates… Yet, even after you finish with it, this book will compel you to think about it and haunt you till the time you leave pretence and decide to go back to it. Without revealing more spoilers, I want to say that this being a Booker’s Prize winner, for me, is no surprise, given the quality, Damon Galgut has encompassed through this stellar work.

A masterstroke work of excellence, pick this one if you want to be drenched in the dark, feel like watching a dense piece of cinema, sharing a vantage from multiple points of view.

So, this was my book review of The Promise by Damon Galgut, the Booker’s Prize winner 2021.

Hope you liked this review. Do let me know in the comments what other blogs you would like us to get for you in the coming days. Do not forget to tune in for your daily dose of entertainment, travel, leisure, lifestyle, tech and gadgets as well as all things bookish.