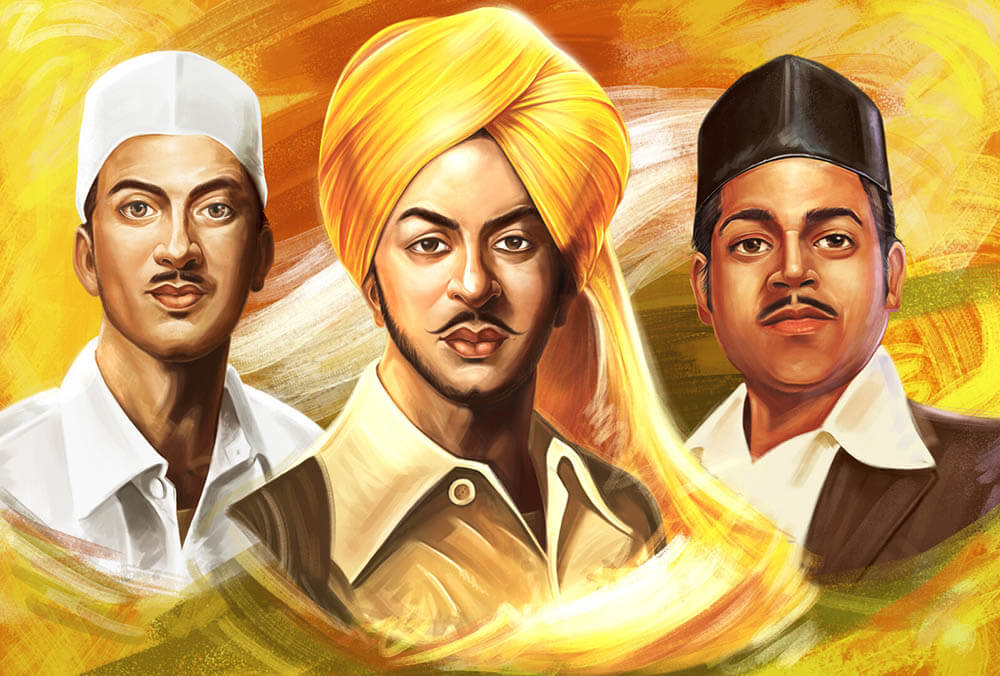 Ever wonder who Bhagat Singh Actually was?

What was your first thought after reading this quote? Let me guess! A revolutionary carrying a pistol? or simply a Nationalist?

Indeed, these words have adrenaline coursing through our veins as they have the true essence of patriotism which our beloved Bhagat Singh might have felt at that point of time when he decided to pen down such pain and power through his writing.

A visionary who held the word of revolution responsibly, sharpening it and whetting it on the stone of ideas and not merely flashing weapons and claiming to bring justice to the book.

So, tell me something before calling someone a revolutionary and a freedom fighter, let us take a minute to understand and clarify our thoughts on these concepts. What does a revolutionary mean to you? Simple. You will probably say a patriotic, Nationalist who possibly brandishing a weapon or two in his hands jumped in the battle to strive for India’s freedom from the Britishers and their rule. But is that all it actually is?

Well, today as we complete the 75th year of Indian independence it is vital to know who actually is a revolutionary, to know who Bhagat Singh actually was and also his thoughts and ideas on Independence.

First and foremost, many of you might not know that he was a writer too. A hero of the early 20th century Indian Independence movement, he was the freedom fighter involved in attacking high-profile British authorities. Fighting against the colonial rule then present in India. Prompting an urgent introspection in a successful campaign for India’s Independence, he also was involved in the symbolic bombing of the Legislative Assembly in Delhi and also hosted a hunger strike in jail which was responsible for turning him into a household name in Punjab. His subsequent execution at the tender age of 23 turned him into a martyr as well as a true Hero laying down his life and paving the way for India’s Independence.

So, now that we know how important a persona he was to the pursuit of India’s freedom, let me today give you 7 books you really should read to know who Bhagat Singh actually was.

Check out the following great pieces of writing on Shaheed -e-Azam Bhagat Singh below to know who he really was:

A biography was written by his nephew, this one is in Hindi and contains a lot of facts and unknown stories about the life of Bhagat Singh. Encapsulating and assimilating the data from his familial as well as near and dear ones, his nephew Virendra has done a fabulous job with this biography of the revered revolutionary.

Why I am an Atheist and Other Works by Bhagat Singh

The revolutionary enamouring his journey, his struggles and obstacles in his very own words. This one is a collection of 18 of his valued writings from within the prison walls and outside it, showing us his bravery and the valour in his actions. A must-read!

Another noteworthy biography of Bhagat Singh marks and chronicles his revolutionary in the Indian freedom movement.

The Trial of Bhagat Singh: Politics of Justice by A G Noorani

Outlining the details of one of the most controversial and notorious trials to take place under the British Raj, this one presents the transpiring with a lawyer’s insight, unveiling facts, depicting how Bhagat Singh and his peers were the victims of a travesty of justice that amounted to judicial murder.

A book portraying Bhagat Singh and his life as well as his revolutionary ideas in depth with not only fictional depictions but also documents as well as real-life incidentals not many other works have presented before, this one is a great book on Bhagat Singh.

A Revolutionary History of Interwar India by Kama Maclean

Understanding and exploiting the complex relationships between Congress and the HSRA (Hindustan Socialist Republican Army, shows how the same were far less antagonistic than is usually expected. A must-have for History buffs.

So, hope you guys liked these books recommended by me depicting Bhagat Singh and showing how he was as a person. Do stay tuned as we revel in the celebration of the completion of 75 years of Independence, celebrating the marked moment every year, an ode to the concept of our freedom.

Stay tuned to catch the latest in the field of entertainment, lifestyle, travel, food, fashion, tech and gadgets as well as all things bookish. Get together alongside us as we celebrate these joyous moments of freedom.