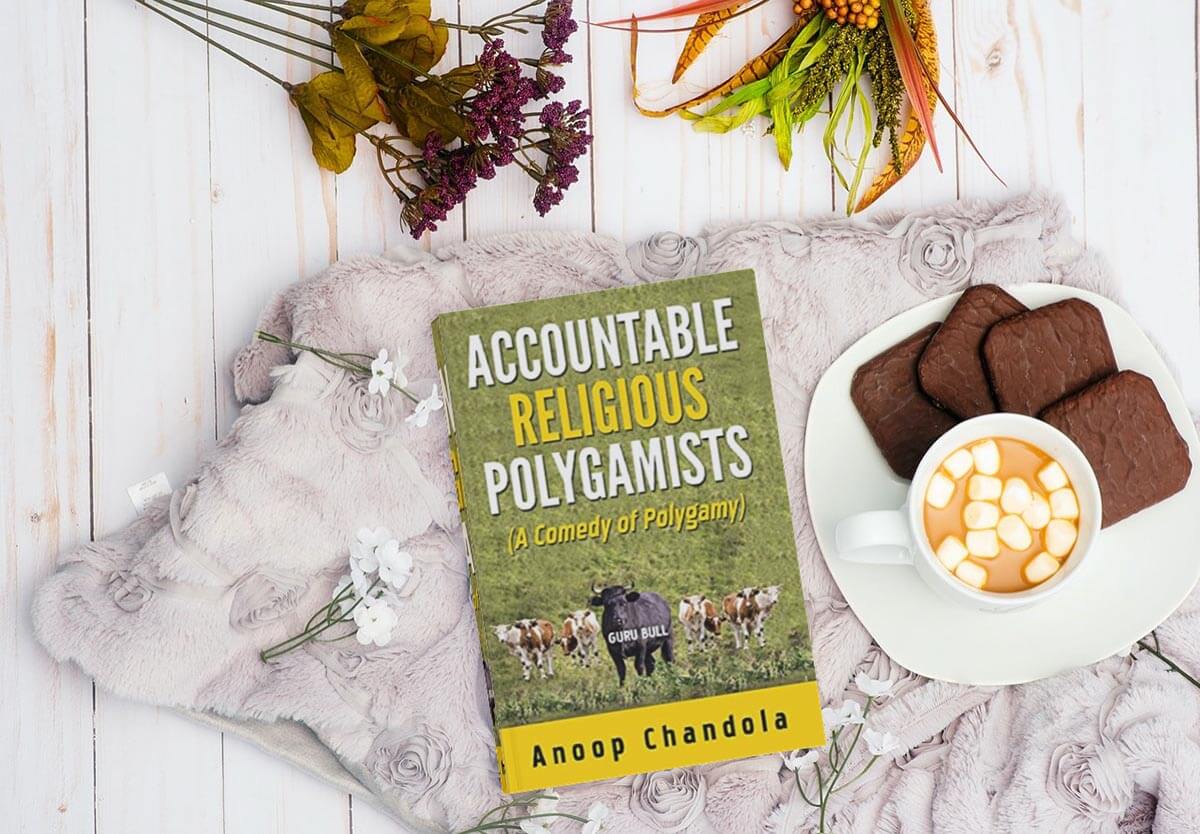 Blind worship of deities, polygamy… do you agree that these vices are termite-like, slowly eating away at the roots of basic human nature and kindness? Here is a perception by a writer who thinks so, different from the crowd he was a part of.

I never tell one client that I cannot attend his sales convention because I have a previous engagement with another client: successful polygamy depends upon pretending to each spouse that she is the only pebble on your beach.

Well, to be honest, I think this quote pretty much sums up the mentality behind the practice of polygamy-aka a person who has more than one wife or husband at the same time.

Polygamy as a practice has been present in society for hundreds of years. Having its roots right from the pre-Britishers era, it is a practice which speaks volumes about the contra-indicatory mindsets of the people back then. Whether it is a fair or a foul practice, whether right or wrong, hundreds of years have passed perusing the credibility and viability of the same.

When I first came across this title I assumed it was the Author’s foray into giving us an insight into an account of what all he has come to witness whilst growing up in a household where social malpractice like polygamy was practised.

Let me take a minute here to introduce the writer Anoop Chandola.

Anoop Chandola who is an American linguist-anthropologist is originally from Pauri where he was raised in a priestly Brahmin family. Although his father and uncle broke their ancestral polygamous tradition, Anoop presumably still happens to be suffering from the after-effects of polygamy which is evident from this piece of writing.

Not only has he narrated as well as bust the myths surrounding the practice of polygamy and mythologies back in that period, but he has also given a deep, first-person account of the suffering as well as the emotional trauma attached to this vile albeit shrouding it in a garb of wry humour which may seem a bit daunting to many. Written in a style which is unique-one of its kind, here is a write-up which is unsettling yet gives you a vibe to the aura which Anoop has tried to create through this version of enlightenment towards the vice of polygamy in the style which he has adopted.

I must say he has raised many issues, some of them notable, but cringe-worthy myths followed to the point of disdain have possibly led to this outburst of an extreme opinion with which many may not agree to. I would say that yes one needs to surely follow a religion but not to the point where it becomes a practice of blind faiths, making a travesty out of life.

Written in an infamous signature style, Anoop has tried to uncover myths related to deities as well as those figures which are worshipped as well as revered in society. Different in its portrayal, having not agreed with his style and idea of perceptions being put forth, the blend is nevertheless pretty powerfully put across by him.

It surely must have been a painful experience, a mental as well as physical torture for him to be staying in such a house, because of which he has proceeded the way he has in this narrative. It shows the dark side of his perception of the whole iconography put forward which has challenged and put multiple figures including deities in a questionable sort of stance. Having put it in a format of comedy, Anoop here has tried to shoulder and relieve the emotional baggage and burden he must have been withholding for a long, courtesy of his past experiences in close quarters with this devilish vice. The result is a piece of writing with wry humour at its savage, brutal highest.

I liked how the characters of Vajraang and Arnold have been interplayed out, surreptitiously putting across the idea that religion is often practised by mistaking myths for facts. A wry, dark portrayal again in the garb of humour.

An intense piece of writing.

Related: Aabha Rosy Vatsa’s Conquering the Enemy – Blessed by Ujjain By – A Spiritual Journey Towards Mahadev

Arnold, an American investigative journalist, goes to India to expose the practice of Hindu polygamy. He stays with Vajraang and his wife Chandni in an Indian Himalayan town. Vajraang, who was raised in a polygamous Hindu family, tells Arnold about several polygamous families wherein the wives lived in harems and were abused by their husbands. Some of the wives were as young as twelve, and some wives in these tales took revenge on their husbands. Vajraang and Arnold travel to several holy places where devotees practice their religion, mistaking myths for facts. Arnold discovers that religious icons and pictures of deities are marketed to these believers as if the deities depicted really look as ignorant artists have rendered them. An avatar’s picture with his several girlfriends and harem is considered so sacred that women are duped into worshipping that flamboyant kingly avatar; some women even wish to marry this being, who is believed to have died accidentally thousands of years ago. Arnold, Vajraang, and Chandni advocate against the adoration of any polygamist avatar or prophet. They hold that any polygamist’s claim that his harem is a peaceful haven for his wives is a big social-behavioral lie, and, therefore, a worldwide ban on this exploitation of women is required. The Indian protagonists Vajraang and Chandni support animal rights and oppose animal sacrifice in the name of non-existing deities. They watch some disturbing sacrifices about which the readers are warned. The novel ends comically as two brothers, retired from the Indian military, confess how under the influence of 3X-RUM they physically beat the hell out of their abusive polygamist brother-in-law.

So, I hope you guys agree with this review of Anoop Chandola’s Accountable Religious Polygamists. Please let me know in the comments below which other books you would like us to read and review. Stay tuned for the latest in the field of entertainment, travel, fashion, food, finance, lifestyle, as well as all things bookish. Only here at Booxoul, India’s best book review and lifestyle website.