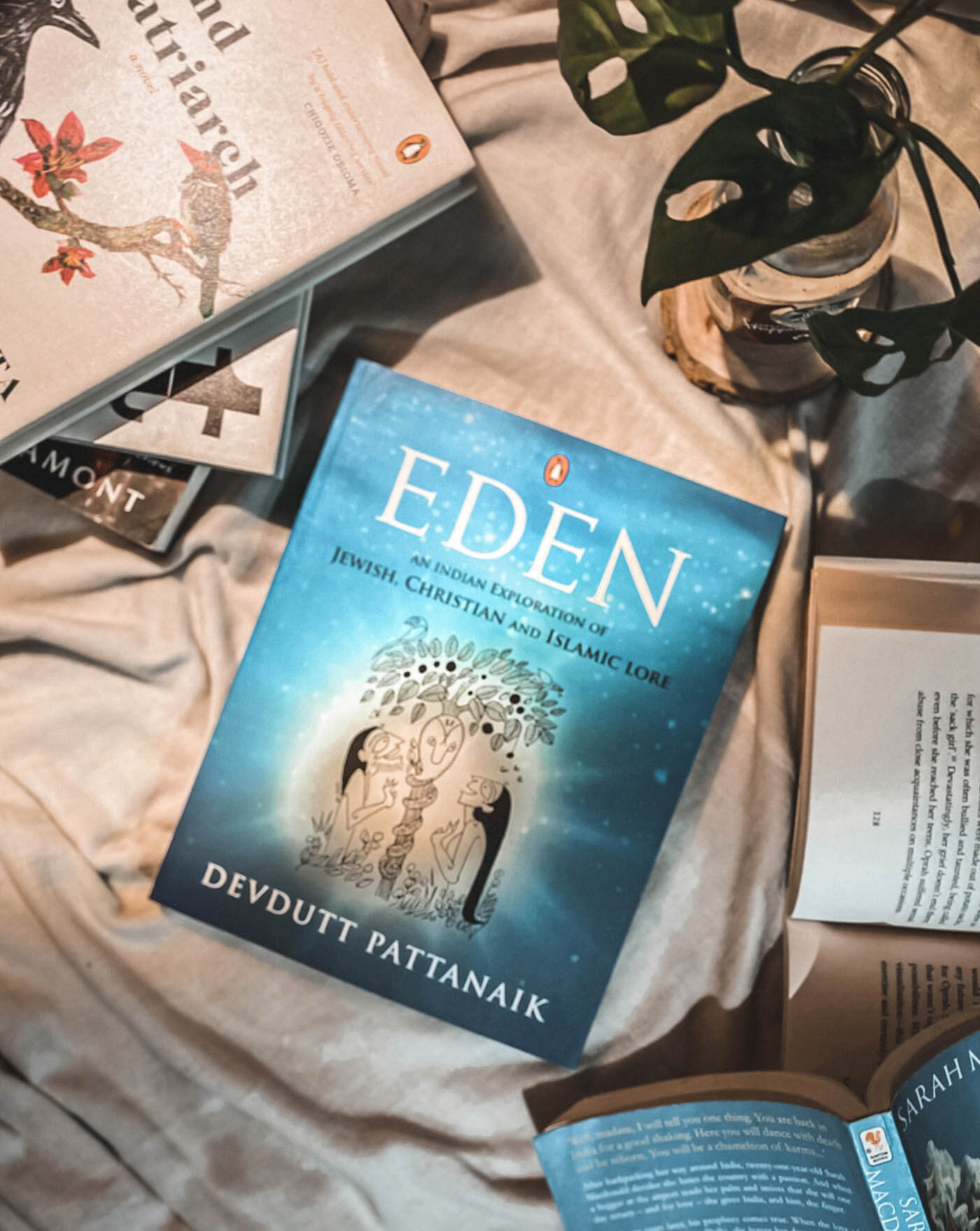 Eden: An Indian Exploration of Jewish, Christian and Islamic

Eden is the garden of happiness that humankind lost when Adam and Eve the first human couple, disobeyed the one true God, i.e., God, and ate the fruit of the forbidden tree. To this garden, all humanity shall return if we accept God’s love and follow God’s law. It represents paradise in Abrahamic lore, which emerged over 4,000 years ago in the Middle East and has since spread to every corner of the world in three forms: Judaism, Christianity and Islam.

Like the Ramayana and Mahabharata, Jewish, Christian and Islamic tales too are cultural memories and metaphors, i.e. mythologies. They seek to make life meaningful by establishing a worldview based on one God, one life, and one way of living based on God’s message transmitted through many messengers. But these stories contrast Indian mythologies that are rooted in rebirth, where the world is without beginning or end, where there are infinite manifestations of the divine, both within and without, personal and impersonal, simultaneously monotheistic, polytheistic and atheistic.

Eden explores the vast world of Abrahamic myths from a uniquely Indian prism, through storytelling that is intimate but not irreverent and introduces readers to the many captivating tales of angels, demons, prophets, patriarchs, judges and kings. It also retells stories from Mesopotamian, Egyptian and Zoroastrian mythologies that in? influenced Abrahamic monotheism over time.

A spiritually illuminated soul lives in the world, yet is never contaminated by it.

Indeed, as someone has rightly put, our soul intuition is a faculty of God. He has no mouth yet.

With the ultimate goal of life being to transcend culture and personality and achieve the pure unconditioned being, the means to do this is actually through our culture and way of life as David Frawley has rightly pointed out.

So whilst on to this pursuit of exploration of the different cultures, one name has always cropped up for me, more than the others, especially as far as Indian Mythology is concerned. Devdutt Pattanaik.

The fine manner in which Patnaik manages to weave mythology intricately, exploring and researching upon the facts as well as the folklore associated with the same and then presenting it, has always managed to enthral me with his writing. Compiling tales from Islamic, Christian as well as apostolic writings, supplementing them with the appropriate modifications from various sources, he puts across an eclectic mix of mythology which is both endearing as well as heartwarming to read as it has been compiled exhaustively, yet presented in a simplistic manner, relatable to not only those to whom relevant but appealing to even the masses.

While he is not at all supportive of sarcasm or defamatory narratives that might be supported in the present day, he attempts to nevertheless, confluence out the lore of Abrahamic cultures and also mute out their sharp impressions when they are looked at universally. Pattanaik, through his powerful writing, manages to bridge the gap between the cultural systems as well as mythological systems that seem to simply be clashing and diametrically opposed. His writing holds enough fact and lore to congruence out not only what he strives to tell but provides a whole new aura and scope, one that surely needs to be mulled upon and mused by all, regardless of what they wish to believe and stand with. It is surely very important to read as well as know all parts to any conversation or even all spectrums to any dimension one might wish to explore before coming onto a concrete result.

Book Eden: An Indian Exploration of Jewish, Christian and Islamic love by Devdutt Pattanaik is a true mixture of what can be called a mix of Islamic, Judaic and Christian lore, getting interesting titbits of information, chronologically as well as comprehensively. With stories ranging from those of Moses to Jesus as well as Prophet Mohammad, Pattanaik has envisioned providing stunning assimilation of information, as intimidating as it is compelling.

The illustrations are done very enticingly and so is the detailed explanation of all the lores which will make you not only sit back and read them with ardent fervour but will compel you to check out their captivating history as well. A treasure trove for fans of Mythology- you guys are going to be the happiest I tell you. Pattanaik’s writing is so multi-hued that one often finds themselves captivated as well as enthralled by the vivacity of his words, the flow of his narrative and hooked onto his perspective.

I, in fact, have always been one of the first in line to read his works as I strongly admire the manner in which he depicts and portrays every multitude of every single point of the object he tries to address with his writing. That is for me, the beauty of his writing- compelling yet not coaxing, leaving the reader free-spirited to soar ahead and master and attain his own views and vantage of the object in question.

A fantastic [piece of mythology, one you simply cannot miss and have to grab off the shelves.

I hope you like the book review of Eden: An Indian Exploration of Jewish, Christian and Islamic love by Devdutt Pattanaik. Do let us know what you think in the comments.

So, that is it from all of us at Booxoul today. Do tune in for your daily dose of the best book recommendations as well as the spiciest from the world of entertainment as well as travel, lifestyle and all things bookish.