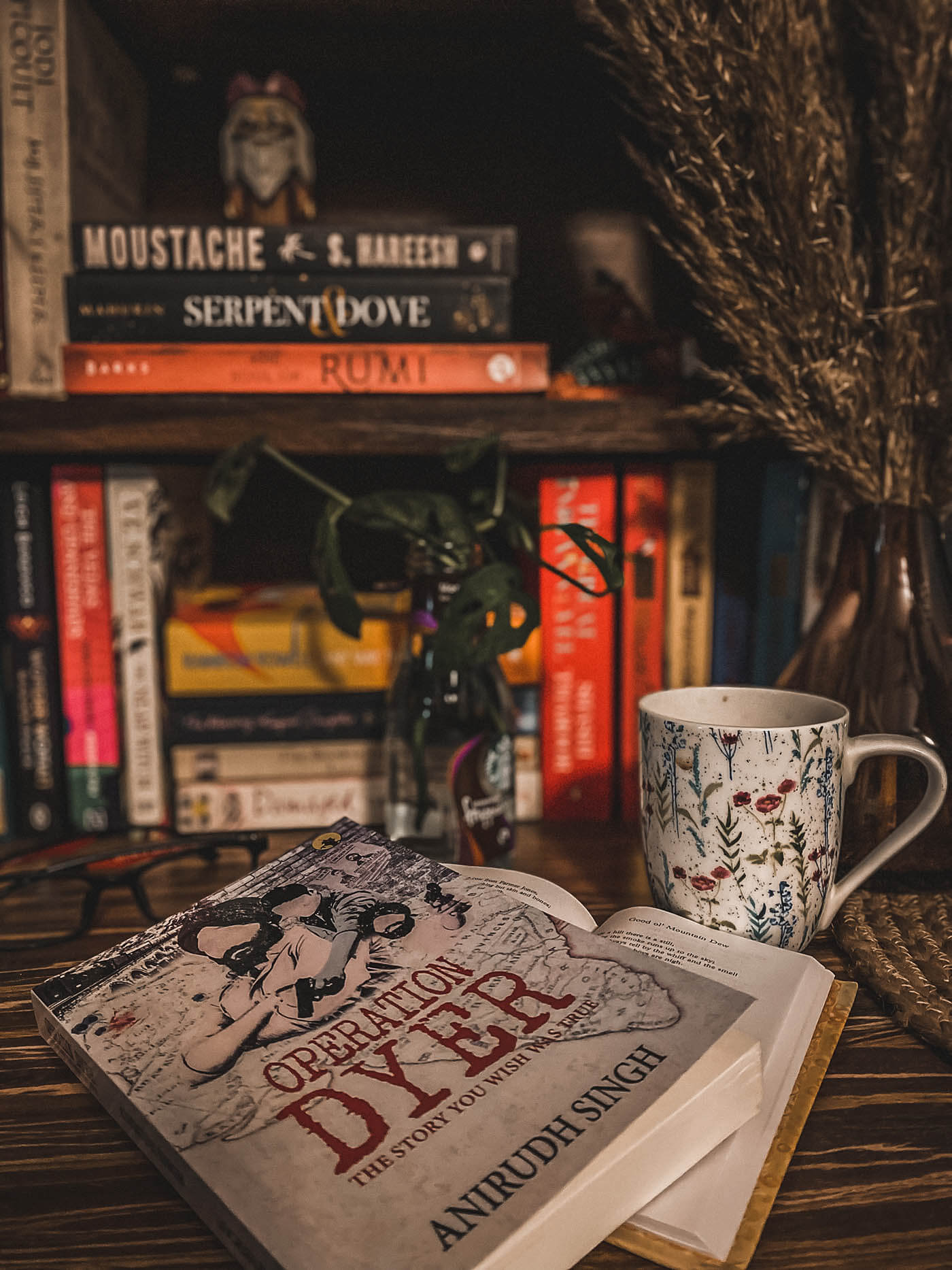 Amanveer Singh has joined the festivities of Baisakhi, with his family, at the Jallianwala Bagh. He is more excited than the others as his marriage is going to be fixed today with the girl of his dreams, Geet, with whom he has dreamt of spending his whole life and the lives after that. Smiles and laughter are on everyone’s face until… He wakes up scared and injured to find himself in a house with people he doesn’t know and one that he has never visited before. The storm has passed leaving behind nothing except death, pain and tears. But the misfortune is only to test the fortunate. He decides that the British Government needs to be taught a lesson; a lesson they won’t forget for a long, long time. Some valiant souls join hands with him and take an oath to send a message to the British Government that shakes the very base it stands on. Few men against the mighty British Empire? Will they succeed? The stakes are high and so is the risk.

If pain was an entity, I’d send it to the remotest corner of this wide world, If discrimination was an eventuality, I’d rather die than live to see that averse, fateful fate…

Indeed, discrimination, for ages now, right since the pre-independence era has been a matter of grave concern, be it India or even the rest of the world. Chastising someone, not treating them as equal is something which surely needs to refrain from big-time now. Unfortunately, such a simple thought barely has managed to find its correct place in the minds of the people.

I recently read “Operation Dyer” by Anirudh Singh and boy oh boy, was I gobsmacked …

Agreed I have read quite a few books to date in the Historical genre, especially the ones which highlight and speak of the Jallianwala Baug Massacre and also the Pre-Independence struggle. But this book took me by complete surprise. Amanveer Singh, his plight, his pain, is immeasurable. The way they are depicted throughout, the manner in which they plan their revenge on Dyer, the emotional upheaval they go through, each and every aspect has been meticulously, yet delicately and sensitively portrayed by Anirudh. The complete way that the plight of that time, the manner in which Anirudh has fused fact, reality and fiction is amazing. We have read several attempts in the past, each more powerful and compelling than the previous, bearing the harsh brutality and the bestial nature of the proceedings that transpired during that unfortunate period. However, Anirudh not only manages to do so in an intimidating way but does complete justice to his piece of writing, honouring fact, fiction as well as all in between.

I cannot even begin to express what I felt during reading a particular scene when Amanveer spots his niece alive amidst all dead and struggling with the circumstance. I felt as if I was a part of that moment, witnessing it there itself. It felt strange as if an empty yet knowing kind of void seemed to strike as it felt familiar, as if I had been here before, musing upon the pain inflicted, the barbarity committed, the hopelessness of it all. It took me back in a manner that was overwhelming and intimidating at the same time. I know you’d say, what’s wrong Neelam, why so emotional?

But guys, to tell you the truth, one always feels the pangs of pain whenever a mention crops up of such instances which have formed the basis, the foundation, the roots upon which rests the freedom we so supremely enjoy. We tend to completely forget the innumerable sacrifices the fore goings, the wrongdoings our ancestors went through, the valiant fight they put up so that you and I live this life, adorned with peace and sanctity. I mean just imagine for a minute not being able to live off your own accord. Scary, ain’t it?

The writing is amazing and keeps you gripped right until the end. Each and every aspect has been portrayed with alacrity, a startling clarity and at the same time, Anirudh has managed to give a nail-biting proceeding to the narrative compelling one to read it in a single sitting. Brownie points to him for achieving that, especially through this one.

A historical fiction, I feel that will resonate with every single Indian and also shall make you question the depth of pain one can be subject to. Yes, indeed coz our ancestors were subject to this one peep.

I hope you like the book review of Operation Dyer by Anirudh Singh. Do let us know what you think in the comments.

So that’s it today peeps from all of us here at Booxoul. Stay safe, stay masked and do not miss a single beat in the field of books, entertainment, travel, lifestyle and all things you love!! Because we here @ Booxoul do exactly just that and we never fail to give you what you love!!

You are invited to the Inlinkz link party! Click here to enter

This article is written as a part of The Bloggers League conducted by Vidhya Thakkar, Neelam Sharma and Siddhi Palande powered by Penguin India, Dreamland Publications and Acclidesign should not be repurposed, republished or used otherwise. The content herein is owned by the blogger. Hosts are not responsible for any infringement caused.”