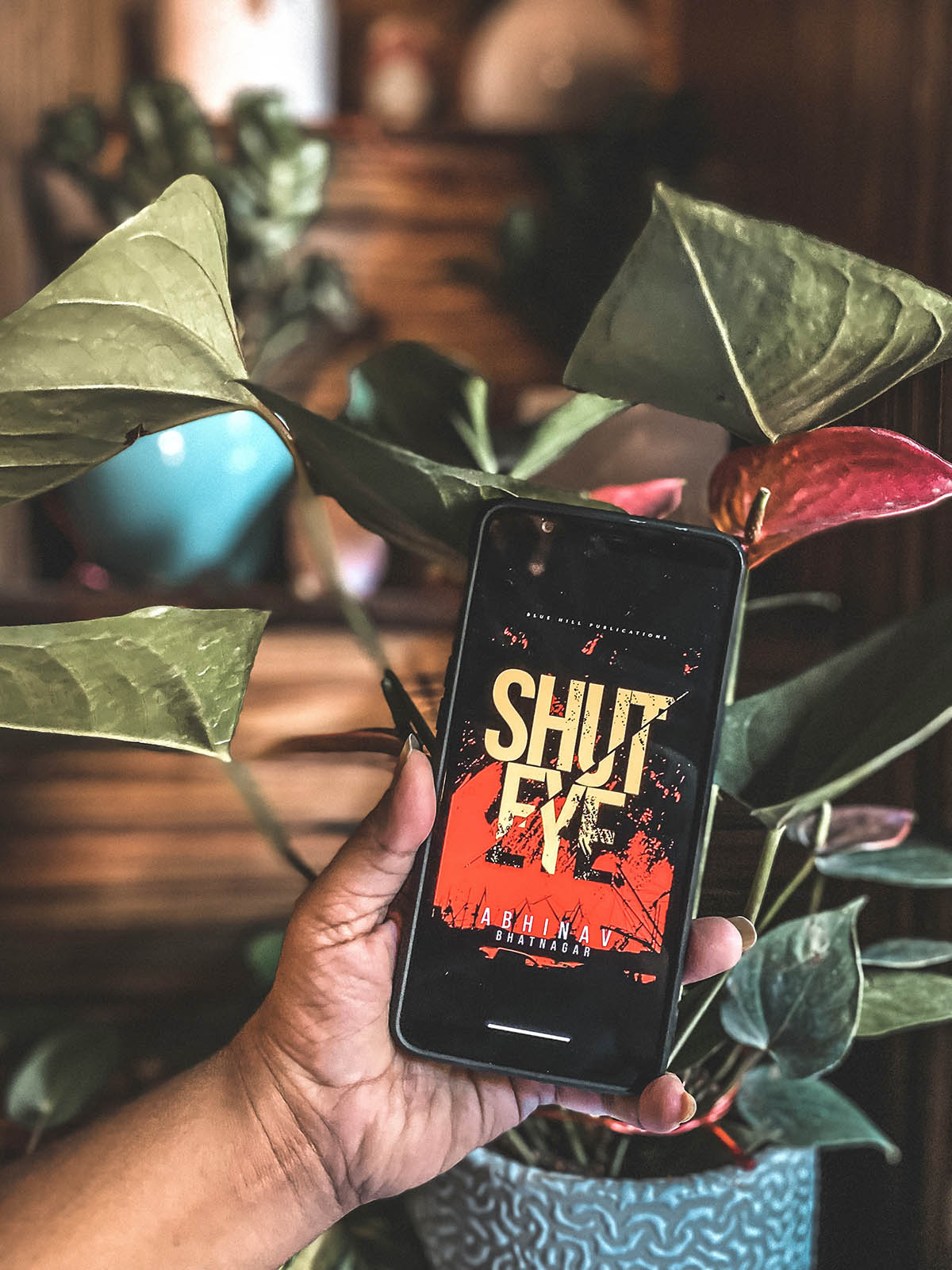 Mysteries are like cayenne for the brain. The senses do pick up. Who was Jack the Ripper? Who killed Judge Crater? How did I burn through my paycheck so fast?  Such questions can intrigue or infuriate, but the mind snaps to attention, from the introduction.

Aadil, a prisoner of mysterious paralytic condition, tries to find his family, missing for years. Settling into his hometown after a long span of time, Aadil is trapped in the cross paths of his search and the colossal diplomatic & institutional conspiracy set by an unknown man. As his condition worsens and the stakes get high, he has to decide whether to take on everyone or turn his ‘Shut-Eye’.

Indeed, true to the last bit each and every word of the above quote is guys. Rings a bell, doesn’t it?

Mystery, thriller, crime fiction happens to be that genre of reading that is perhaps one of the most sought and read ones, over the years. The simple reason for this being there is always a substantial amount of intrigue a writer manages to create through all those elements he puts in his story to make it viable and exciting for his readers. The classic ‘whodunnit’, ‘What happened actually?’ kinds of stories are the ones that tend to garner maximum reader interest.

Of course, in recent times, this has also been changing for the better. Now, it is simply not just these parameters but also several others that decide the true essence, fate and the response to a particular title.

Related: Book Review: Of Closets and Skeletons and Other Crime Stories by Kaivalya Ramnath

I happened to recently read and complete one such book that is a fast pace, pulsating thriller, intriguing enough to keep you on the edge of your seat as well as excellent potential material to be made into a web series which seems to be the latest trend nowadays.

Shut Eye by Abhinav Bhatnagar is the story of Aadil who seems to be suffering from a mysterious paralytic condition. He has lost a certain part of his memory and family, yet after getting out of the hospital tries to find his family. Umesh, who is his friend, helps him by getting him a photographer’s job in the forensic department with the Police. Still, his past seems to be coming back and haunting him incessantly in the form of certain mysterious signs and symbols repeatedly. Is destiny as twisted for him as it appears? Will Aadil be able to find his family? Will he be able to join the links which surreptitiously have made way into the line of his vision, compelling him to refrain from a Shut Eye? Read the book to find out more and complete this racy, saucy story.

Well, to begin with, there seems to be quite a bit of stuff happening as far as the main story goes.  Not only have the characters been created with the utmost alacrity, but they have also been given vitalities as per the need of the plot.

The plot itself is a wonderful box of twists and turns at every juncture making you sit back and think,” Now what”? There is superb drama, amazing suspense as well as action in this thriller.

Abhinav has created the characters taking care that they resonate with the readers realistically. Whilst doing so he has ensured the fine portrayal of the depiction of the balance of their personas and also that readers feel the complete rigmarole he has created first hand. There is emotion added in substantial measure to the narrative too, to make it approachable to the mass readers.

As I had mentioned earlier, this book surely is a superb material for being converted to either a movie or web series owing to its stellar plot and execution as well as its crisp discretion.

Nevertheless, a tiny grain of improvement from my side. Sometimes, I felt that Abhinav had given a bit too much explanation and detail, especially in trivial circumstances where that kind of an explanation was actually slackening the pace instead of adding to quality and value. I am sure he must have done so for a reason, however, in such fast-paced thrillers, the pace is something I always feel is paramount. Hence, he could do away with some details possibly the next time, is the advice I would like to give him. Still, being the creator, am sure he knows the best.

Overall, I’d say a very good thriller which surely should be contemplated into being converted into either a crime thriller movie or a web series.

So, hope you guys liked this review of Shut Eye by Abhinav Bhatnagar.

Get your Book Reviewed by Booxoul, one of India’s top book review blogs – Connect us Now.

Do keep tuning in to us @Booxoul daily for the latest in the field of entertainment, lifestyle, travel, tech and gadgets as well as all things bookish.