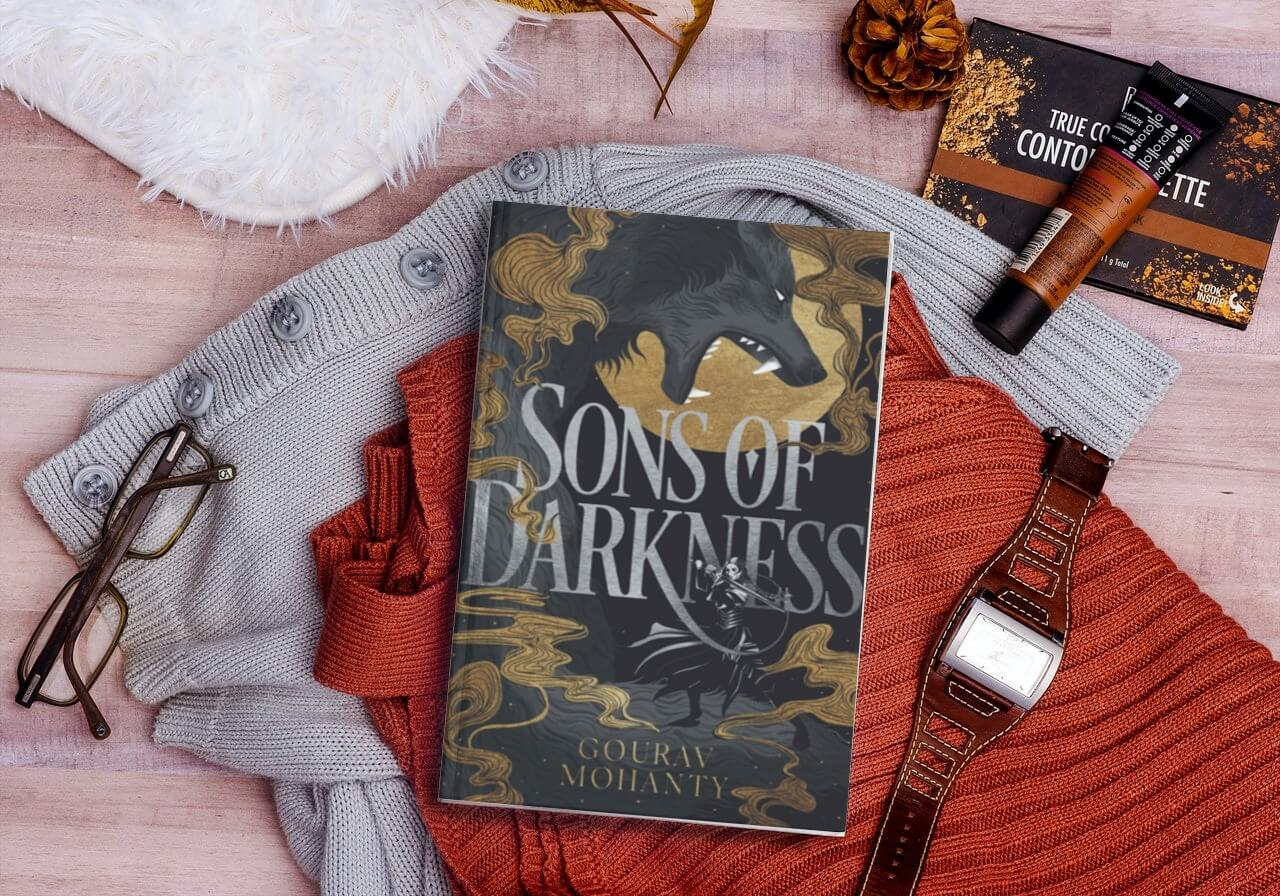 Bled dry by violent confrontations with the Magadhan Empire, the Mathuran Republic simmers on the brink of oblivion. The Republic’s Leaders, Krishna and Satyabhama, have put their plans in motion within and beyond its blood-soaked borders, to protect it from annihilation. But they will soon discover that neither gold nor alliances last forever.
They are, however, not the only players in this game.
Mati, Pirate-Princess of Kalinga, must mend her ways if she is to be a good wife. But old habits die hard, especially when one habitually uses murder to settle scores. Karna, the gifted son of a lowborn charioteer, hopes to bury his brutal past but finds that life is not generous in offering second chances. The crippled hero-turned-torturer Shakuni struggles in the maze of daggers, that is politics, leaving little time for him to plot the revenge he craves.
Alongside a cast of sinister queens, naive kings, pious assassins and predatory priests, these dubious heroes will converge where the Son of Darkness is prophesied to rise and break the World, even as forgotten Gods prepare to play their hand.

When the Author Gourav Mohanty had sent me the first email in our channel of communication, elucidating the details for his book, I thought that it was probably a retelling of sorts, in a Game of Thrones or possibly Lord of the Rings style. Little did I know that I would soon be transported to an era back in History which is not only grim but also full of colour and a riot which promises to be so full of life and its totalities that I would be submerged, full to the brim, till I reach the end of the first in the saga.

Come delve into the story of naïve yet experienced kings, dynamic yet malevolent queens, righteous killers as well as self-styled priests, retelling some long-forgotten albeit eagerly sought stories assimilating and portraying the world and times of forgotten Gods and heroes.

Come meet Krishna-who would prefer to stand alone and play the puppeteer as against choosing between other options such as being the one all follow, the leader all look up to or holding the sword of instilling fear in its opponents. An exciting encapsulation I’d say. Quite refreshing, an interesting retelling, I was absolutely entranced by his portrayal of Krishna, calm and composed even amidst chaos, consumed to the level that at the point where that particular chapter of this depiction stopped I was absolutely left off the hook, pining for more.

Same with Satyabhama’s character who is touted to be as hard as hammered iron and likewise as calm as deep waters, Stern and sensual, she is Krishna’s third wife, equally enthralling and enigmatic in silk as in shining armour. A co-puppeteer alongside Krishna, she was also a torch bearer of a group of discarded daughters whose pain she turned to power, converting them into a squad of soldiers by the name of Silver wolves.

Even with other characters such as Mati-the pirate princess or Karna or even Kalyavan, the manner in which Gourav has woven Mahabharata in such a fantastical, larger than life, yet grim portrayal left me absolutely smitten, absolutely yearning for more, with child-like glee. I have enjoyed series such as GOT in the past and Gourav, through his writing has ensured that this spin-off, this retelling is simply not a fusion of the old roots being fused with new shoots, he has actually attempted to regrow them with a vitality which is far more flamboyant, far more dynamic, with a thought process as enticing as it is magnificent, as gory and dark as it is vibrantly hued, as sensual as it is sensible and as unpredictable as it is grim.

With the turn of every page, I was transported to not only another land but another spectrum altogether of space and time, a continuum that not only superseded the walls of space, time and culture but of thought processes, of entities that ‘should’ or ‘would’ have existed. Reading about them gave me a new perspective, seeing them in a fresh new glow, a beacon which is as bright as it is blinding, yet illuminating in a strangely uncanny yet satisfying sort of a way.

Game Of Thrones was a gory, somewhere gross yet compelling read. However, this I’d say was a softer version and for me, it was onto another level altogether. Casting his charisma with absolutely enticing narratives, finely woven characters, and a compelling, intense plot this is one dark fantasy you must read and delve into, I’d say. Bookmark this stellar title on your next list coz fantasy fiction is something you might indulge in periodically at all points in time. But seldom comes a book which gives you a dip in a drip-style combining the most brilliant aspects of all time periods.

A larger than life fantasy yet a must-read and one of the best ones I have read in a long time. Eagerly awaiting to read his next.

So, this is it from Booxoul today. Do let us know in the comments how you liked the review of Sons of Darkness by Gourav Mohanty. Do let us know in the comments below what other books you would like us to read and review for you. Remember to stay tuned for the best in the field of entertainment, travel, food, lifestyle, health, tech and gadgets as well as all things bookish.