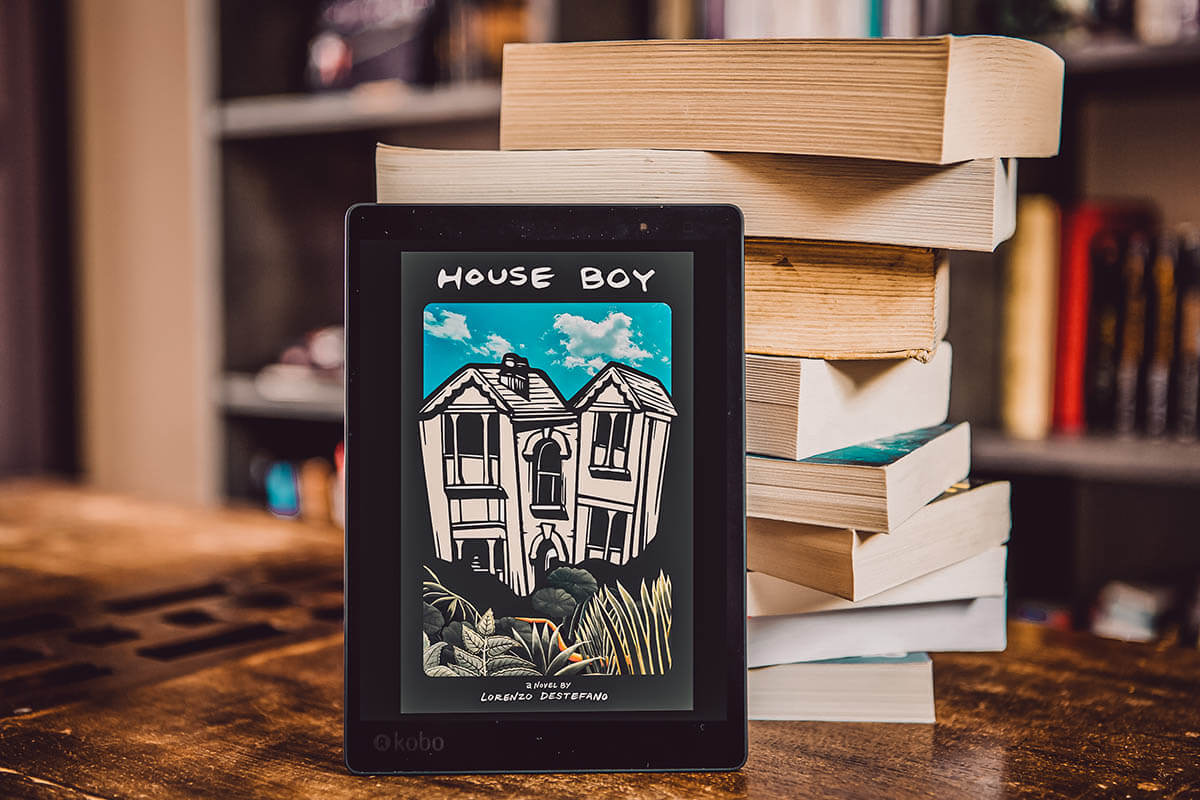 Funny World we live in-Sexual servitude is more appealing than priceless emotions. Do you agree? Book Review Of House Boy By Lorenzo DeStefano

An urban thriller with socio-political and racial overtones, HOUSE BOY by Lorenzo DeStefano is a fact-based tale that inhabits a shadowland where ancient traditions take root and prosper in our so-called modern world. In the polite suburb of Hendon, North London, in an undistinguished house at 321 Finchley Lane, the lives of a young man, Vijay Pallan, and a wealthy divorcee, Bindsa Tagorstani, intersect as if decreed by history. House Boy exposes readers to the harsh realities of human trafficking, the boundless capacity for human pain, and the ultimate blessing of even one man’s survival.

Have you ever read a book that left you so bewildered, so shattered that you are left gasping, skulking around corners, not to mention the kind of ‘explicit but does exist in reality?

Well, I just happened to finish House Boy by Lorenzo Destefano and boy, was I smacked on the head. First and foremost, a serious trigger alert! Kindly do not read further if you are averse to explicit language or strong, lewd content. Hmm, you must be like, now she is really intriguing us, what is it? Well, House Boy- is a fiction that is a daunting kind of the weird, yet strangely real story of a young Dalit boy, who undergoes exploitation which is beyond endurance and comprehension. A serf from Southern India, this is the story of Vijay Pallan, set against the backdrop of social-political and racial tonalities.

A tale based on the ruthless, harsh brutalities of human nature, that can get perverse to the point where it no longer remains a question of even being taboo and lewd, this piece of writing is powerful enough to shake the base of your thought process.

Vijay who happens to be a 24-year-old Dalit from Chettipattu, South India is lured into accepting the high-profile domestic job in England, promising him great wages and pleasant working conditions which will surely help him to uplift to a much better level than what he currently is living in. Little does he realize that it is all but a selfish trap of those flesh merchants who are inadvertently offering him as prey to one of those upper-class “obnoxious” individuals of England who are worse than the Satan himself, in the garb of the so-called elite.

Having been made to live in a cupboard beneath the stairs and subject to all kinds of humiliation and atrocities, nothing however prepares him for the fateful obscenity which he must surrender to, time and again, as and how his Missus aka employer Binda demands of him. Well, lewd content alert guys because beyond this point, many will be a bit flustered, reading the explicit details of the sexual horrors Vijay goes through to keep the Missus “satisfied” and happy. Having reduced to becoming a sexual rag doll, a serf who is all but fallen victim to this cruel twist of fate, impoverished, with absolutely no scope for fighting off this travesty and impoverishment, Vijay eventually does what is unthinkable, yet possibly the only way out. Read the book to find out more.

Having gotten over the initial shock of explicit, pervert sexual descriptions, I have to admit, there is something raw and compelling about the plot, about the innocuous character of Vijay, his unthinkable yet kind of “assumed” plight, thanks to our hypocritic society and its ways, which has never been just or fair, especially to those lower strata which are all but hand to mouth and which are naïve enough to not see through the society’s sham and false façade, but get sucked, owing to their weakness, into a vortex of slutty dirt which is all but a squeamish, never-ending quagmire, threatening to purge a poor soul of all that is bestial and uncalled for, in life. Caught in a rigmarole of being the “inferior” one, having to fight the socio-political, and racial discriminations, this book is a wake-up call to those brutalities of humanity which are shrouded but which continue to be rampant in a manner which is sad, shocking and shameful.

Kudos to Lorenzo for having brought forth the plight of the deprived class of the society for all to read, out in the open. We are aware of what transpires behind closed doors, we have an inkling of what occurs behind dark veils and yet well all but acknowledge the perils of the dark side of our own kith and kin, feeling the need to always “keep the skeletons within the closet”.

Not only is the plot powerful, but Lorenzo also ensures that each and every character is realistic, and true to life and all the elements created and used in the story are not only for representational purposes, they will resonate towards the end with you, compelling you to look at the horrible plight of the entire scenario in a glaring, yet unflinchingly honest light.

So, hope you guys liked this review of The House Boy by Lorenzo DeStefano. Do let us know in the comments below which other titles you would like us to read and review. We, at Booxoul, India’s best book review and lifestyle blog, strive to get you the best from the field of entertainment, travel, food, fashion, finance, tech and gadgets, lifestyle as well as all things bookish.