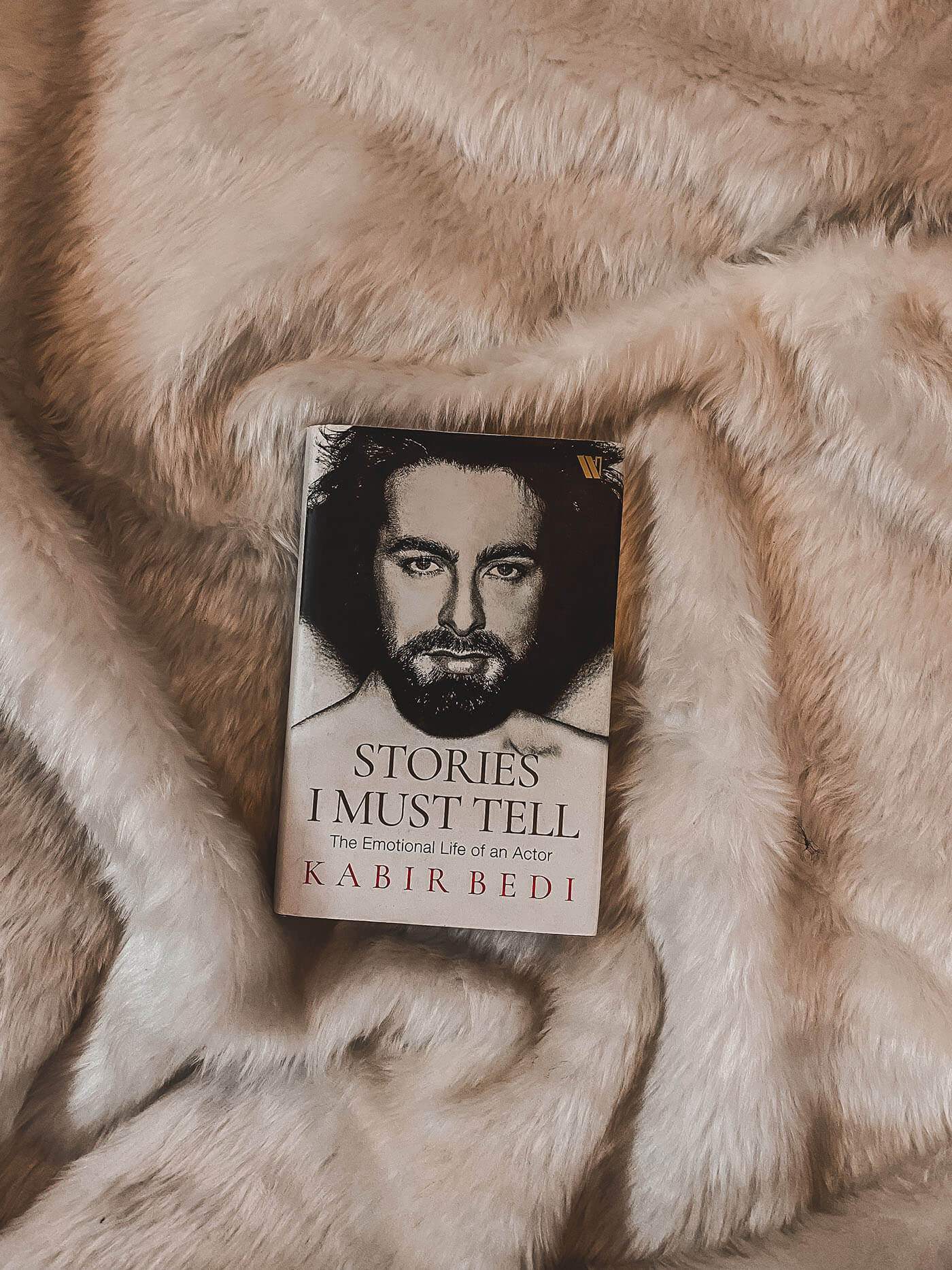 Stories I Must Tell

As Kabir bares his soul, the stories come tumbling out. That first magical encounter with The Beatles as a student in Delhi. The sudden move to Bombay, away from home, friends and college. His exciting years in advertising, his extraordinarily successful career abroad and his many painful setbacks. His relationships with the irrepressible Protima Bedi and the dazzling Parveen Babi changed the course of his life. Of the scars they left, and the trauma of three divorces, and how he finally found fulfilment. And why his beliefs have changed.

These are tumultuous stories set in Hollywood, Bollywood and Europe. The joys of blazing new trails abroad, and the dangers of them. He also tells the fascinating love story of his Indian father, a philosopher in Europe, and his British-born mother, the world’s highest-ranked Buddhist nun. And most poignant of all, the battle to save his schizophrenic son.

Stories I Must Tell is the unusually candid and compelling memoir of a man who holds nothing back, in love or in storytelling. It is the story of a middle-class boy from Delhi whose career now spans the globe. Equally, it is the tale of how he survived the roller-coaster journey of the making, unmaking and remaking of him as a person.

My business is to enjoy and have fun. And why not, if in the end, everything will end right?

Indeed, we have gotta live life for the moment because everything else is uncertain. For me, such a free spirit, such a Bohemian kind of vibe synchronizes with one of the true Greek Gods of the Cinematic World, the man I grew up being smitten by-Kabir Bedi. He for me has been that one person who is free-spirited, having least regard for the conventional rules and practices that threaten to challenge the core of our rational chain of thoughts. Indeed, Kabir’s life has been much sought after, spoken about and always been a point of interest, especially with the paparazzi. What has always intrigued me and kept me hooked on is the fact that in spite of being under that arduous limelight, the constant surveillance, bearing the brunts of being under the scanner at all times be it his personal life, his professional candour or even all other aspects, Kabir has never shied away from accepting or even corroborating any controversy. He has always been a man with a spine carrying his life achievements as well as his flaws with the most elegant grace, choosing to sieve and take the positive grains even from the most negative and atrocious quagmires life has subjected him to.

Growing up, I was always a true blue movie buff, laying my hands on possible magazines as reading and exploring the lifestyles of these larger than life stars was a passion. Kabir Bedi being one of my personal favourites, I always admired the way he carries himself but was also wistful of the piles of info related to his life especially personal which keep doing rounds on media at that time.

DO READ: Book review of Retrace Love by Malini Amaladoss

Fortunately, with this Memoir coming to my rescue, I can now say that all those murky bits of gossip have been put to rest as we have the true side of the story as far as this enigmatic personality is concerned. Not only is the writing candid and straight from the heart, but I also have come to admire the fearless, frank and open manner in which Kabir has laid bare the true facts related to his life for all to not only read but muse upon and take a leaf outta his experiences with life and its trysts.

I also am in awe of the fact that his writing is simply not a piece of an escapade written to put forward his side of the story, rather it is a seamlessly constructed flowing piece of aesthetic, ephemeral art, full of the colours of life, depicting the joy of living. To construe and depict life in such a manner shows not a religious inclination but also a spiritual transcendence as living whilst balancing out what life gives you is one thing, putting across that for others to get inspired from is another. It is absolutely no mean feat addressing issues that may not be so pleasant or favourable to one or one’s memory and doing so by way of sharing them as candid life experiences for others to muse upon. It takes a character of steel, a transcendence of the next level to do so. An honest self-reflection that is laced with so much that one cannot help but marvel at the iron fitness of his soul. Be it his parent’s story, his son’s unfortunate tryst with life, his love life or any other facet, all has been laid bare for all to delve and take note of the vitalities, one can gather from his escapades with life. Not only does his sincerity strike a chord, so does his vulnerability in this artful narrative which is a piece of his heart, overwhelming yet insanely contented at this point in his life. A lifetime journey full of everything, yet sweet nothings.

Kudos to him for writing such a piece.

My Greek god documented his life’s memoir in such an abstractly beautiful manner. Bravo!!

If I were to sum it up and brief you with 6 reasons why you simply must read Stories I Must Tell by Kabir Bedi they would be:

I hope you like the book review of Stories I Must Tell by Kabir Bedi. Do let us know what you think in the comments.

So that’s it from all of us at Booxoul today. Hope you liked this article. If you did, don’t forget to comment on and share the same.  Stay updated and never miss a dose from your daily dose of books, lifestyle, travel, entertainment and much more. Only here at Booxoul, India’s best book review and lifestyle blogs.