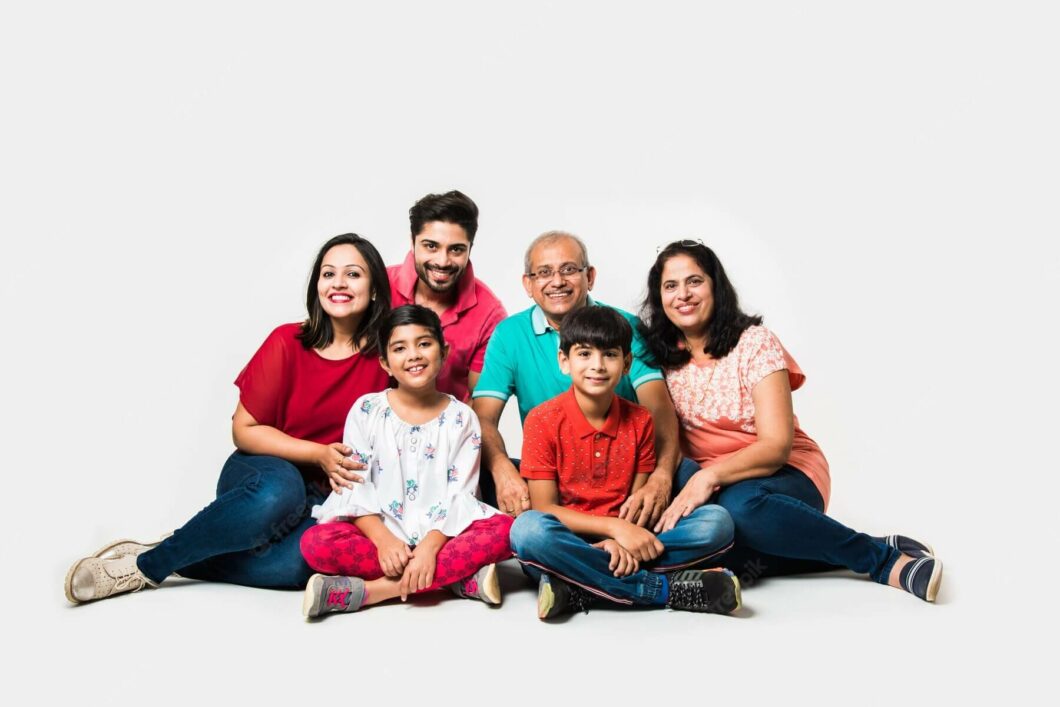 Why ‘Dhakna Zaroori Hai’ in the Sindhi Family Culture?

“TV pe kapda toh daalo,” calls out my mother-in-law from the kitchen. It has been 25 years since I stopped wincing at this seemingly bizarre order. Now, I am almost a co-conspirator in the cover-up that is so intricately woven into the tapestry of a Sindhi family’s existence.

In case you haven’t noticed, in the Sindhi Family culture, everything is veiled. It starts at the heart of the home – the kitchen. The refrigerator handle dare not stand in nudity. The mixer, when not in use, stands gracefully under a crocheted hood. This is still the tip of the iceberg. Welcome to the living room where even the TV stands veiled behind a delicate embroidered white sheet. The TV remote has a zip-around plastic cover. The washing machine wears a pullover around the year. And the dressing table and the dining table are dressed in the finest spring lace collection.

My early days with my in-laws were spent half in astonishment and half in annoyance. Coming from a Tam Brahm family where home was meant to be as undraped and unostentatious as my Appa’s bare chest, I needed constant reminders about leaving behind a trail of covered objects when I moved out of a room. Before I knew it, the sofas in my new home had covers garlanding their headrests. The tiny idols in our small temple altar wore little golden lace-fringed wrap-around skirts and tie-up shirts.

But what amazed me the most was that not a single piece of the linen at home was bought from a store. In every Sindhi household, making these covers is an elaborate ritual, almost like preparing for a year-round festival.

For the longest time, I searched high and low to find answers to this great Sindhi obsession. You see, I came from a value system that took the “You are dust and you shall return to dust” saying quite literally. Every day, we took turns dusting the house and when hours later, the dust would promptly return, we would just learn to cohabit.

But in my new household, dust was the cause of perennial worry. I assumed then, that these covers were the shields in a battle against dust. I even tried raising my voice against what I thought was a tedious ritual, which means I’d raise my eyebrows and they invariably went unnoticed. Like that time many years ago, when I had gradually shifted my one-year-old son to bottle-feeding. During his first feed itself, my mother-in-law threw a fit. Worried, I nervously tried to justify why I was bottle-feeding my son instead of breastfeeding him when she agitatedly pointed at the bottle and said, “Bottle pe kapda toh daalo.” Guess what the feeding bottle flaunted the very next day? A bright blue knitted warmer.

This made me even more curious. As a staunch disciple of Carl Jung and Freud, I turned to them for help. Unfortunately, there was no mention of Sindhis in any of their theses. But eventually, I realised that I didn’t need to depend on theorists to understand the peculiarities of my family when all the answers existed in its history.

The covers, while keeping the dust off the cherished goods, actually held stories in their weft and warp. Stories of anguish, of separation and loss.

My mother-in-law was barely in her teens when in the middle of a dark night, she was herded off with other members of her family into a truck and then on a boat. As a child, she saw her home in Sukur, Pakistan, fade away from sight, as the boat left the shores behind. Not only did her family leave behind a sprawling home, but they also left everything that it held within its walls – all their possessions.

Her life in a new, strange, crowded land was not easy. A makeshift tenement in a community was hardly home. But, gradually it became one and everyone in the family contributed to sustaining it. While her father sought employment as a salesperson in a cycle shop, her mother, sister and she made an occupation of their deft needlework. Over time, prosperity crept in, in the form of a radio. Bought with the sweat of their brows, it was taken care of like a prized possession. A portion of a torn bed sheet was cleverly designed to make a cover for the radio. Years later, it still occupies a place of pride on my mother-in-law’s mantlepiece, under an embroidered kerchief of course. Although it does not produce sound anymore, it succeeds in producing precious memories.

Through dint of hard work, the family’s fortunes improved, and the home began filling up with more creature comforts. With each new acquisition, a cover was created. The covers, while keeping the dust off the cherished goods, actually held stories in their weft and warp. Stories of anguish, of separation and loss. The fear of losing a home and everything in it, the habit of frugality, and the attempt at preserving things for posterity were outcomes of a hard journey through life. And these old habits have stayed alive decades later.

Through these stories, I realised that the little duvets dotting our house were more than mere cover-ups. They assumed an altogether new meaning and I began to value them. Slowly, I found myself checking on the covers and replacing them if they got dirty. What was once a ritual I followed, at best, with scant respect and slight mocking, turned into a happy habit?

When I go to visit Appa today, I make it a point to ensure that all the gadgets in their home are also lovingly covered. It started with the remote control, then the toaster. When I recently visited him, I made sure the TV got a lacy embroidered cover. I could see Appa cringe just the way I did 25 years ago. But he did not say much. Just an awkward smile that said half thank you, half why you doing this.

Amma tells me the cover-up lasts for as long as I am around. The minute I leave the house all the veils disappear. But I’m not complaining. I’m sure they’ll take to it eventually, just the way I did. There is a pure kind of joy in preserving.

Related: A Book Review Of Road To Abana By Lata Gwalani: Exploring The Angst Of Homelessness And Much More

Hope you like my article on Understanding the Sindhi Family Culture: Dhakna Zaroori Hai

Do go and catch this one on the silver screen, you guys. And stay tuned with us right here at Booxoul for the best in the field of entertainment, lifestyle, fun, fashion, finance, travel, tech and gadgets, fashion as well as all things bookish. Till then, go watch Kantara you peeps!