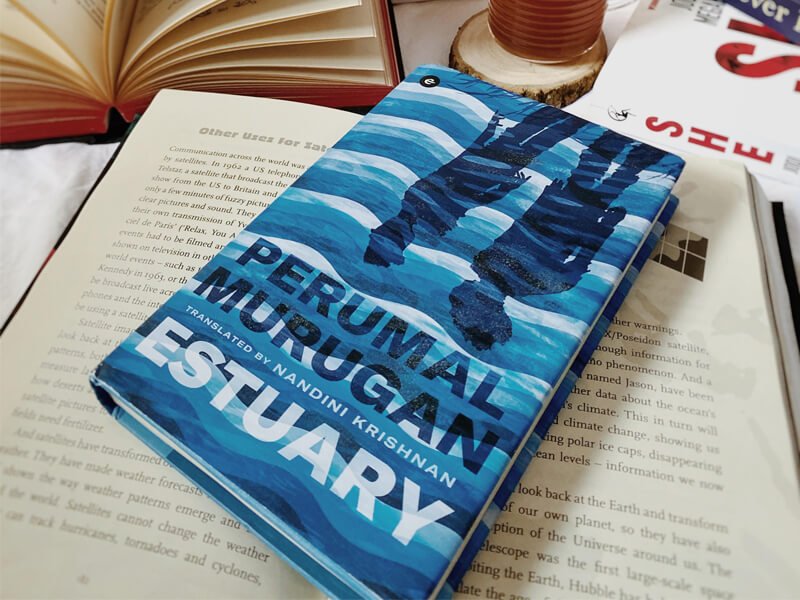 ⁣Perumal Murugan’s book Estuary, translated by Nandini Krishnan from Tamil is definitely something that can be called out of ordinary. Categorized as fiction, it has a slight fantasy side and yet, it is closer to reality than anything.⁣
In the current digital age, the protagonist Kumarasurar, a middle-aged middle-class man is frightened of technology. Even more so, he is frightened for Meghas, his adolescent son who clearly is part of the so-called digital and modern age. Sounds familiar, right?⁣
⁣
The discords between the two characters are what you call common. Kumarsurar, who wants Meghas to get admission in some renowned institute, is disappointed when he wishes for some other college that is not acceptable by him. When Meghas asks for a phone, he’s denied that because Kumarasurar has been clearly warned by his friends of how disadvantageous a mobile phone could be. These are some of the many father-son disagreements shown in the book (is it just in the book?)⁣
⁣
The character of Kumarasurar is the one you encounter very often. It is in the nature of parents to be concerned about their children. In the same way, Kumarasurar too analyzes everything said and done by Meghas microscopically in a very detailed way. He worries over each and everything regarding his son, even though how small it is. He repeatedly goes over conversations with Meghas in his head. He is upset because his son talks more freely with his wife rather than him. Altogether, he scrutinizes everything. The author has shown how parents are concerned and worried about their growing children almost every time.⁣
⁣
The author here has also made huge use of hyperbole. Most of the things that he describes in the book Estuary are coated with an extra layer of exaggeration which makes it enjoyable and even humorous. The writing style is amazing. It is witty. The irony here is that although the story is picked from a common way of life, the manner in which it has been written makes it entirely different. Once started reading you will want to finish it in a single go. It’s a total unputdownable.

Can’t wait to read this magical book? Buy your copy of Estuary using the link below

How did you like my book review of Estuary by Perumal Murugan? Let me know in the comments section