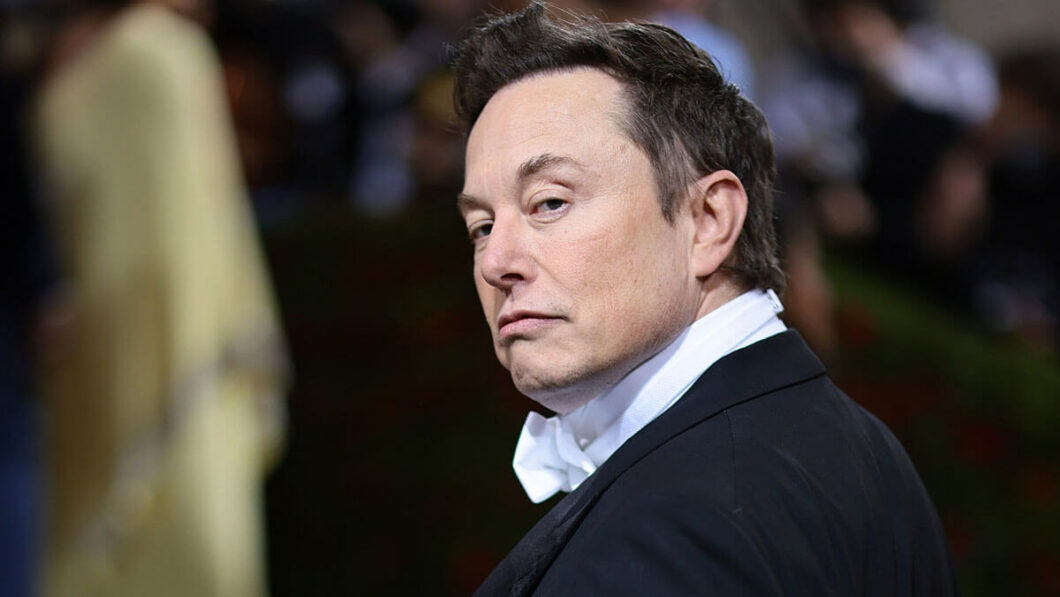 Did you know that Elon Musk, one of the most controversial men alive actually was the Time Magazine’s person of the year 2021? As he happens to be that one person who is capable of changing the direction of humanity and its overall development and how!  Well, quite a contraindicatory aspect, isn’t it considering he is currently under the fire for creating chaos and havoc at Twitter having acquired it in early November?

So, is Elon Musk a hero or a villain? We need to assess all of the data we have at hand to figure out this one

A dictum so powerful that it left me in a mind bend, a lurch I had not felt in ages. Challenging the limits of even the most boundless of minds, the recent controversies and the news emerging every minute, relating to Elon Musk-the so-called global villain, obnoxious infinito of the planet, I am compelled today to share with you guys some of the thoughts I have been harbouring in the back of my mind for the past few days.

Well, the overwhelming news flow that always has been coming alongside Elon Musk and his ventures seem to always bifurcate the entire argument for me into Two distinct categories- Tesla bulls and Musk fans v/s Tesla bears and Musk haters. Let us just say here that before being a hero or a villain -Musk is just this guy, essentially with much more money than what can be termed as “usual”.

Well, To be honest Musk is essentially a part of a tiny group of powerful, uber-rich men with a global reach which exceeds even governments. An excellent entrepreneur who champions green tech is launching Space-X rockets that one day is surely going to reach Mars and has recently paid $44 Billion just to acquire Twitter something that for me primarily defines him.

Walking into the office post the acquisition with mass layoffs and exodus in a manner which has rarely been seen before, as more controversy and scandal ensured for Elon’s latest acquired Twitter, hundreds of his employees also decided to resign on 18th November 2022. After confusion which came in the form of Elon demanding that the staff choose between working intense long hours or losing their jobs, it comes as no surprise that more trouble is boiling and ensuing as we speak.

Yes, the world’s richest man has come under fire for radical changes at the social media company as he has already fired the company’s more than 7500 staff, scraped a work-from-home policy and also imposed long hours, all this while he attempts to overhaul the delays and chaos faced by Twitter. Whilst a layoff is not something unheard of (Zomato having begun its own too, planning to cut down at least 4 % of its total workforce), his mannerisms and methods are what is spinning people’s heads off the axis.

What is being announced as an attempt to revamp the micro-blogging platform, Elon has also clearly stated that the “New Twitter policy is freedom of speech but not freedom of reach.” This roughly translates to the fact that whilst negative/hate tweets will be maxed de-boosted & demonetized, he also stated that “you won’t find the tweet unless you specifically seek it out, which is no different from the rest of the internet.”

What with the 8 USD per month policy which aims to keep your account blue tick verified, today I thought of presenting a for and against the case for this giant who is looked at, in both kinds of light and thus one of the most controversial personalities of our times.

So, tell me are you guys well-versed with Musk’s positive side and his fruitful endeavours?

Well, I first thought that if we need to argue both sides of the coin, trying to establish if he is a superhero or villain, we need to first list down his doings. So, here goes:

Blessed with the power of hunting out solutions, he is responsible for making the World’s first online bank in the form of x.com, a revolutionary internet banking system which overcame the flaws and challenges of the ongoing banking systems. A revolution without which our go-to sites such as Amazon and Flipkart would have been useless, this one later, moved on to become what we know as Paypal. Later in 2017, Elon bought back the domain of x.com from Paypal. Nobody knows what he plans to do with it since after the buyback he told the world that the reason behind the buyback is simply the retention of the sentimental value attached to it.

In 2013, he has written a paper where he outlined how through this project underlined herein, he proposes the making of tube trains which are friction-free and without vacuum, thereby reducing traffic and reducing the same by 75%, connecting big cities. Based on the same Virgin made its first hyperloop which is based on these papers only. Remember, the Mumbai-Pune hyperloop project connecting the 2 cities in a matter of 25 minutes? Well, Elon’s brainchild at work, you guys. Giving form to the future of connectivity.

Tapping the sun’s energy through solar panels installed on the roofs of houses themselves, Elon also advocates the use of the Sun’s energy as the next best source of energy. Did you know that the amount of energy that can be obtained using the Sun’s rays for over an hour is enough to fuel our energy requirements for over a year? Stunned, aren’t you? Well, that is exactly what Elon wants us to be, Stunned, enough to harness and incorporate the next-level use of technology. A complete self-dependence on our own selves to make and tap our own energy.

Musk’s company aims at providing internet to the remotest possible areas, Star link is a company which will provide internet in a stable form even to those isolated places in the world which still await the arrival of a decent internet set-up. That too, by employing more than 40000 satellites which are already orbiting in space, having been allotted this task of providing internet seamlessly to all parts they are connected to. The set-up of satellite internet with the use of the minimum possible infrastructure. A far sight in vogue, I’d say.

So, a philanthropist trying to solve the world’s problems, huh?

Considering his duty to take the human race forward, he also believes that colonizing space is the next important thing else for some reason when the earth becomes extinct, so shall the human race.

Now, for some FLIP side data, which portrays Elon Musk – The Villain

Tesla stock prices which shot up by 700% during the COVID lockdown made him the world’s richest man overnight. From this money, he purchased Twitter. Firing all major staff, he was ruthless to even dissolve the Board, retaining all control with himself. For monetizing Twitter better, Elon has introduced the following 2 tiers:

People can pay the creators money for watching their videos/content. Yes, social media rules can change and how.

Coming to another interesting snippet of info, did you know the creators of Paypal in the initial times also happen to be those who have founded many other successful companies after it namely SpaceX, Tesla, Linkedin, YouTube, Yelp etc? All these are together addressed as the Paypal mafia.

Yes, data being the new oil, these guys being pals, Neuralink which is their biggest ambitious project can go haywire if it is exploited in the wrong way. Incorporating data from a patient’s brain in order to develop and give him prosthetic limbs, also doing all sorts of medical help such as avoiding and averting even paralysis, this one advocates the use of a technique where data will directly be picked from the brain of the person to whom the chip of this one is connected. Imagine the kind of havoc that can be created if the chip decides to take all of our personal info including our secrets, passwords etc.

Sounds like being naked in your own mind and at the mercy of AI, doesn’t it? You know, in fact, Neuralink fiercely reminds me of Blake Crouch’s Recursion where humanity seems to cower and stand at the mercy of AI and its endless technology, thanks to the memory machine created which can bring back the dead too. In fact, I could relate to it strongly enough having read this one.

Well, that is exactly the point. Whilst Elon greatly stresses and advocates the use of AI, hailing it to be the next “prime” thing in vogue and practice, aided and abetted by the Paypal mafia, it is time that will surely tell us how and in what manner this “visionary” who had many plans up his sleeve to reform the world, will get his ideas to concrete results. Till that time, we can only hope that his thoughts, ideas, and visions are progressive and more poised towards constructive building than destruction as many have been quick to point out. The approach is what matters, I say. A person who on one hand wants to make fossil fuel, and electric cars as well as advocates a sustainable course of life, philanthropically and this other person who does not shy away from behaving this strangely by doing such a mass exodus.

Dumbledore has been a character who is synonymous with the “Greater good”. Yes, I realize people contradict and criticize him too. And yet, it cannot be denied that he remains one of the most powerful, influential wizards in the Potterverse. Yes, with greater power comes greater responsibility and I am positive that Elon will manage this power aptly. Yes, his ways might be erratic, his demeanour strong, his policies out of the box and yet seldom have I seen a philanthropist who has such an enigmatic vision for the entire human race. I mean come on guys, colonizing space is something so far-sighted and yet surely necessary in case we want to save the future of our species and not become extinct courtesy of our own fault and lack of sustainable diligence.

All I can say in summation today is a true BOSS is one who has the power of a “multiple X” transformation aka generating results multifold and in an all-round manner. Musk is a leader blessed with that vantage. About time we saw through the hard demeanour, into the far-sighted foray the man has.

And BTW, Trump’s back on Twitter! So, freedom of speech to all regardless!

Now, that is what I call the power of independent freedom of speech guys

Stay tuned with us right here at Booxoul for the best in the field of entertainment, lifestyle, fun, finance, fashion, tech and gadgets as well as all things bookish.