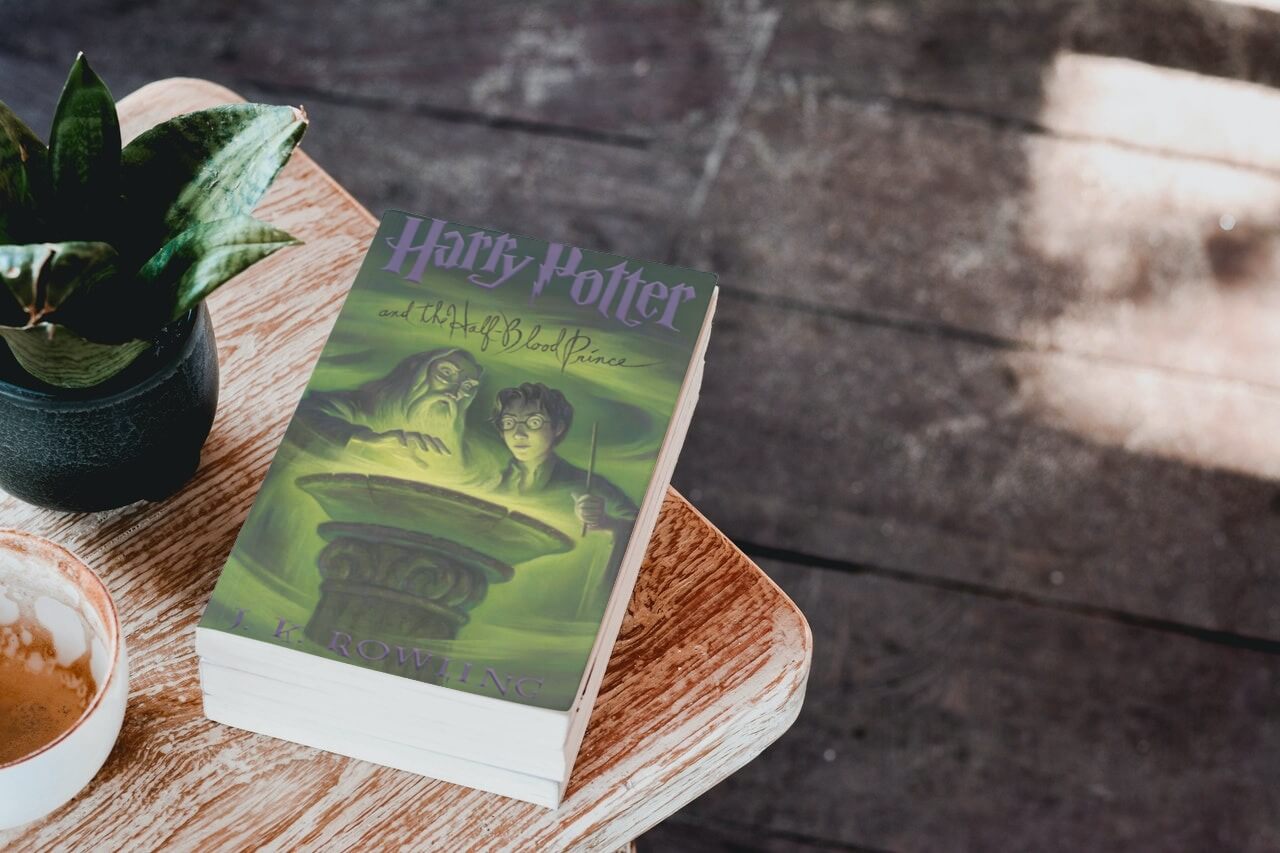 Harry Potter and the Half-Blood Prince

marks the first in the series to transition out the story in such a flamboyant manner, bringing it out the manifold and getting together a lot of loose ends at the same instant. A rigmarole of thrills, more magic, twists, near-fatal adventures and most importantly, pursuits of love and its mystique, here is one of the most unexpected and surprisingly dark books of the series. Not to forget mind-bending twists and a climax poised to sweep you off, knocking the wind out of your lungs.

When I spoke about Umbridge during our previous escapade into the Potterverse, I always knew looking at Book 5 that we were looking at a much more complex plot than what appears on the surface.

Voldemort has always been the bane of Harry’s existence, but as we proceed in the story, we realize that Voldemort too, seemed to be having a past of his own, so as to speak in a manner of sorts. A lineage which is questionable, a family tree which is full of dark doubts and qualms, controversies and conflicting theories.

As the story proceeds in the 6th book, we get to see more of the detail of that past, those things about Voldemort, which were not earlier brought to our sight. The story of his being “called and picked” by Professor Dumbledore to Hogwarts, his academic journey as a student, his background, the activities he dabbled in, the skeletons in his “closet”, the secrets from his past, all have been laid down by J K Rowling for us to understand and fully comprehend the mentality of Lord Voldemort aka Tom Riddle before he joined the world of dark forces.

The book begins with the introduction of Professor Slughorn and his inclusion to the staff albeit in his previous capacity of Potions master. Before you begin to comprehend and guess what will happen to Professor Snape at the EOY (remember the DADA post is jinxed and all professors before who have taken up the job have been “indisposed indefinitely “all of a sudden, let me remind you guys that there are several other things happening in this one to worry about rather than this triviality.

For starters, I sincerely feel this is the first book in the series that really marks the transition towards the darker, stranger lands as I call it-meaning the story along with becoming more complex, daunting also tends to drift away from being a children’s series altogether. I mean ya, we all definitely always knew that Harry was made for tougher things, the strange circumstances surrounding his death and the objects related to his fate having been ousted in the previous, this book feels like a bucket of ice cold water upon your head, washing away that tiny iota of hope too, that it is going to be easy for Harry herein onwards.

Not only are there several revelations done in this one which is startling, but what adds fuel to one’s worries is that Draco too, is as pestilential as ever, not helping matters by making Harry’s life hell. Then, of course, he is abetted and aided by Snape ALWAYS in this venomous task, whose presumable motto in life seems to be oscillating between humiliating and troubling Harry and “taking care” of Draco, which seems the most impossibly strange mission Snape is onto.

Then there is Professor Slughorn who seems to be holding a great deal of secrecy, perhaps the most important piece of info Harry and Dumbledore might need to thwart and defeat Voldemort but ah, he doesn’t seem to be relenting to part with that “memory” anytime soon. Ah, sad life, eh Harry?

Enter an old, second hand tattered copy of a textbook of Potions which seems to amaze, excite as well as aid Harry alternately, (much to Hermione’s disdain who keeps feeling it is just not right that Harry should beat her at Potions using the cheats in this book, Ummm P.S, the previous owner has penned down several enlightening, intelligent notes and shortcuts for the reader to be used to make remarkably better than the rest kinda potions).

So, when in the climax after Dumbledore finally deems Harry “fit” aka man to man marking, to accompany him on the pursuit towards finding and destroying a “Horcrux”- apiece of a dangerously tampered magical object which can act as a vessel to hold the fragment of one’s soul, Harry is more than eager to help Dumbledore do something that can finish off Voldemort FOREVER.

Will he be successful? Or does fate have other plans, perhaps some really cruel twists up its sleeve, waiting to unleash it’s evil and snuck the “life” out of his most trusted and dependable one, with the flick of a wand, at the hands of the most unexpected traitor? Well, read the book you guys cause the plot not only gets denser but unravels infinite layers of marvellous writing, spell-binding twists and most importantly the “transition” as I call it, of the story to a Universe of much higher, darker and stranger proportions and outcomes.

So, hope you guys too, resonated with my little discourse on Harry Potter and the Half-Blood Prince, the 6th book in the series which marks the switch and paves forth a much more complicated path which Harry must take to defeat his arch nemesis Voldemort.

Harry Potter and the Half-Blood Prince

There it was, hanging in the sky above the school: the blazing green skull with a serpent tongue, the mark Death Eaters left behind whenever they had entered a building… wherever they had murdered…

When Dumbledore arrives at Privet Drive one summer night to collect Harry Potter, his wand hand is blackened and shrivelled, but he does not reveal why. Secrets and suspicion are spreading through the wizarding world, and Hogwarts itself is not safe. Harry is convinced that Malfoy bears the Dark Mark: there is a Death Eater amongst them. Harry will need powerful magic and true friends as he explores Voldemort’s darkest secrets, and Dumbledore prepares him to face his destiny…

Having become classics of our time, the Harry Potter eBooks never fail to bring comfort and escapism. With their message of hope, belonging and the enduring power of truth and love, the story of the Boy Who Lived continues to delight generations of new readers.

Stay tuned right here at Booxoul, India’s best book review and lifestyle blog to catch the best in the field of entertainment, lifestyle, travel, food, fashion, tech and gadgets and all things bookish.

For now, in the famous HP style, Nox (aka lights off) and

Wingardium Leviosa(aka fly off the middle of my sight you Muggles..:))