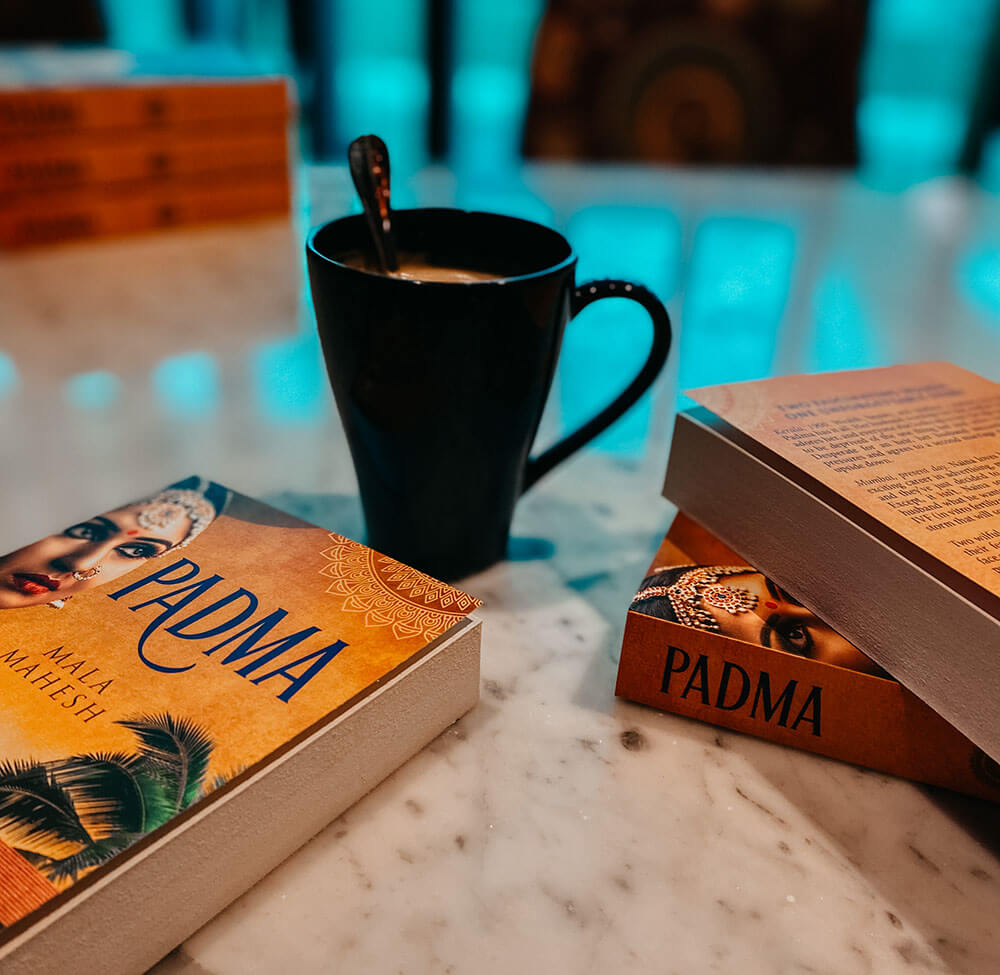 Padma by Mala Mahesh: Two powerful women, facing a similar kind of fate, separated by time, yet united at the hands of a common societal practice. A travesty of the gentler sex, very much existential yet coyly ignored-Padma a tale of striking, stark revelations. A brilliant debut by an Author who has put a voice to a question we have been debating for ages-Why do we need to ask for a status quo in the first place in society alongside the male gender? Isn’t equality the ideal way to be adopted always? Then why the bias, the prejudice?

There comes many an instance in life when you are left speechless for words. These are those junctures when a sort of realization dawns upon you. It is not like you have discovered something you didn’t know earlier, it was staring at you in the face all this while. Yet, the impact of it is so hard-hitting that you feel as if hit by a glass of cold water right on your face, dousing your senses in a sharp sense, bringing you back to that reality you have been avoiding and surreptitiously ignoring for quite a while now.

So, for me, such a rare experience came in the form of this read where I was completely stumped given the magnanimity of the plot, the intricacy of the characters as well as the plethora of all those things which have not been written but carved in a manner of sorts, by the debutant Author Mala Mahesh.

Yes, indeed Padma is one such extraordinary piece of writing that is simply not a life story, it is a mirror of sorts, a mirror delving into the societal mindset and its patriarchal forces fighting and dominating the entire balance of equilibrium.

The story runs parallel on two timelines-one encapsulating the story of the Padma, another of Naina. Both tend to fall prey to the atrocities of societal pressures, and orthodox norms which forever challenge the integrity of their self-esteem and cause them to step back from addressing their innermost desires.

There is Padma’s tale, on one hand, a story set in the 1900s, in Kerela, where she in spite of being privy to practically almost everything in life such as beauty, wealth as well as intellect is deprived owing to being childless. Desperate for an heir, when her husband Seshadhari finally succumbs to familial pressures and agrees to a second marriage she knows that her life is about to turn into a never-ending abyss of storms that will only continue to blow themselves her way until eternity, robbing her of all mental peace, contentment, love and most importantly happiness and her self identity.

Then there is the story of Naina in the present day who has it all-an exciting career, a loving husband Naveen and all the things she can possibly desire in this life. Though when faced with the prospect of starting a family, she realizes she cannot get what she wants. Yet, determined she and Naveen pin their hopes on science choosing IVF as their saviour to get them out of this predicament. Yet, Naina’s troubles seem far from over because she doesn’t know what is in store for her in the process that will rip her life apart, threatening even the most precious of her existing blessings in life. Can she handle it all or should she make peace with her fate? Difficult as she doesn’t seem to be the type to give up without a fight with destiny. Result? Well, more trouble brewing than she can ever imagine.

Me, personally, I could completely identify with both the characters, their anguish and pain, their qualms, the identity crisis they feel time and again, and the struggle depicted against patriarchal forces, reducing them to a pile of suffering wrecks. Agreed, both the women have been depicted to be wilful, each headstrong in her own frame, undaunted by what lies in store for her in the future, yet what blew me completely about the narrative was the subtle fact put across by Mala Mahesh. For that being-why do women need validation each time they decide to alter the course or predicament of their lives, their destiny? Why can’t they honour their deepest desires as per their wish, even if that means going against the pre-set norms for the same?

Womanhood has always been a topic of sensitive debate, for ages I feel. However, a small quick question-why do we need to prioritize it, giving feminism special attention when all women are worthy of is simply a status quo which should have been existential right from the beginning of time instead of being sought after and pleaded for. Women are equal to men and thus it is only fair that they are not looked down upon, rather they are treated as equals with respect as well as an equal shoulder. To give as much importance to their word against a man’s is the ideal way I feel society should disperse itself. However, that seems a subject matter of the distant future, thanks to the male-dominating patriarchal forces that rule the societal mindsets. About time that changed and this work by Mala Mahesh is such a piece that is a stark voice of clarity giving readers an insight into this progressive mindset. I personally want to congratulate her for challenging these norms and helping to break the shackles of these societal demonic mentalities. Kudos to her for writing such a powerful story, for creating such a Padma and Naina who is not all flowery and the example of the idealistic, perfect woman, rather she is the one who has chosen to follow the unconventional, thinking about a progressive way towards the future.

An exemplary piece of writing, a superbly written story with brilliantly splayed characters and a voice that subtly nudged me to see past what is being written and conveyed, Padma surely is one of this years’ s finest works.

Kerala, 1900. Wealth, beauty, and intellect – sixteen-year-old Padma has it all. Her husband worships her, her mother-in-law adores her, and everyone else looks up to her. Yet she continues to be deprived of the one thing her soul aches for: children. Desperate for an heir, her husband succumbs to familial pressures and agrees to a second marriage that turns her life upside down.

Mumbai, present day. Naina loves her life the way it is – an exciting career in advertising, married to the love of her life, and they’ve just decided to start a family. Sounds perfect? Except, it isn’t. Naina soon discovers she cannot give her husband what he wants. Determined, they put their hopes in IVF (in vitro fertilization). But this is only the beginning of the storm that will soon rip Naina’s life apart.

Two willful women, separated by the chasm of time, negotiate their feminine identities, struggle against patriarchal forces, face accusations of crime, and resurgence of old wounds – all in pursuit of fulfilling their innermost desires. Powerful and unflinching, Padma offers an intimate portrait of womanhood in India that will captivate you from the very first page.

So hope you guys liked the book review on the latest Padma by Mala Mahesh.

Stay tuned right here for the latest in the field of entertainment, lifestyle, food, finance, fashion, tech and gadgets as well as all things bookish.