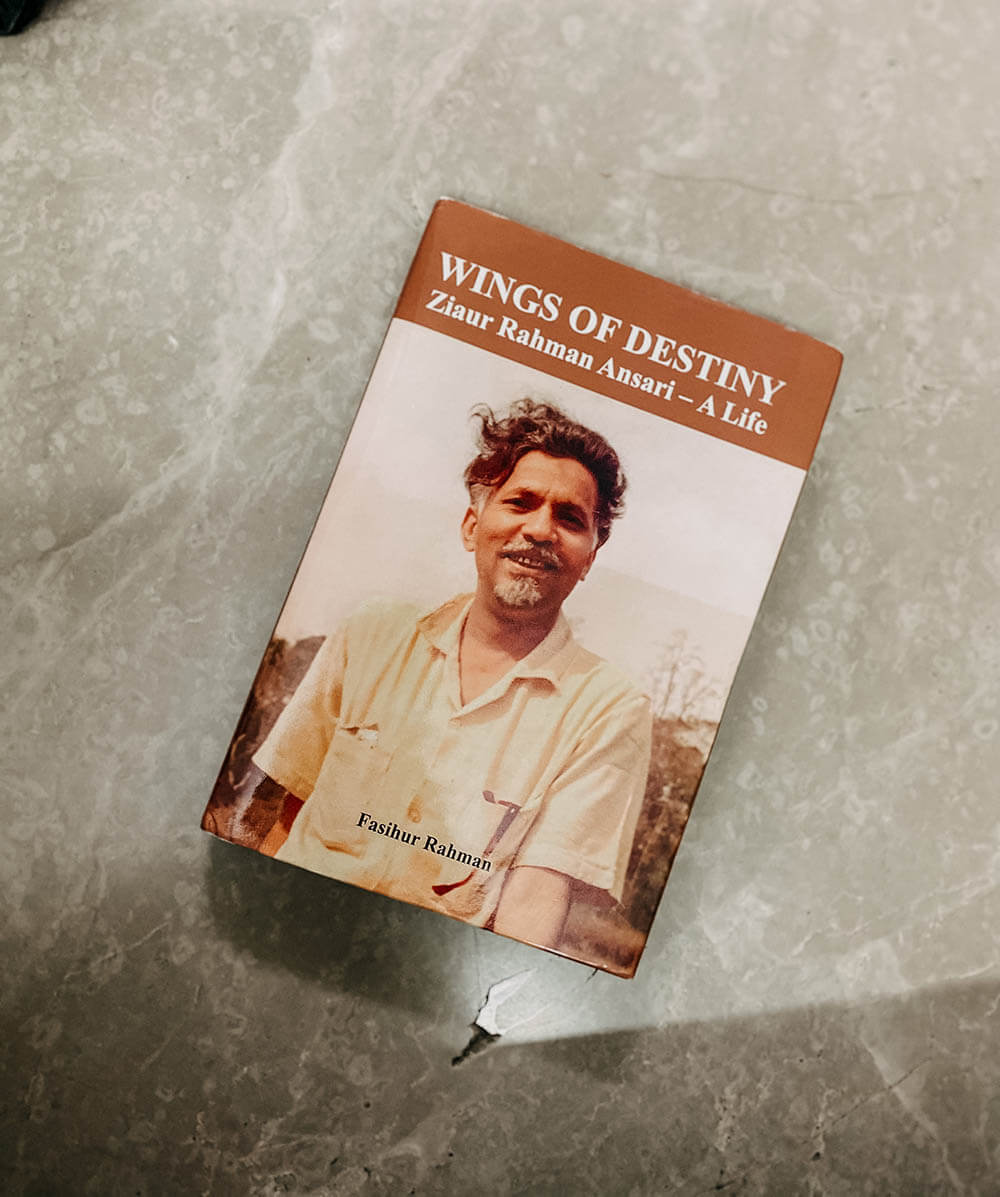 Ziaur Ansari was a prominent political figure, having served as the Union minister in the council of 2 Prime ministers Indira and Rajiv Gandhi. Wings of Destiny written by his son Fasihur Rahman is an ode to his entire political career spanning more than three decades and highlights the stalwart’s remarkable, inspirational life as well as clears the air around the controversies surrounding him.

When the truth stands coy in a corner, visible and yet under the pretence of being unknown and unacknowledged, you know that something somewhere is unfair.

Indeed, many times in life, there comes a threshold where one needs to understand and realize that truth which is the most supreme of all, can be an eye opener, as well as a beautiful and also a terrible thing, many a time. Terrible because there may be more to the situation than what meets the eye.

Yes, we all know and have read about the countless hardships that all of us underwent during the Indian freedom struggle. But, surely not all has come to light as far as the involvement of all parties, be it left or right is concerned. Yes, Muslims too were an integral part of the struggle towards Independence, their contribution being extremely indispensable. A prominent figure among them is Ziaur Rahman Ansari who served as Union minister from 1973 to 1977 and from 1980 to 1989 during the council of two Prime Ministers -Indira Gandhi and Rajiv Gandhi, this book which is written by his nephew Fasihur Rahman is a memoir cum biographical sketch of Ziaur Ansari’s life.

Ziaur Ansari was primarily in the spotlight in the year 1985, when he participated in a debate on a private Member Bill related to the SC judgement on the Shah Bano case, which to date remains one of the most debated issues in India as well as abroad. Having been often misquoted, misinterpreted and improperly perceived, Fasihur has taken it upon himself to finally take the opportunity to tell the world the true story behind Ziaur’s life.

The book which began with giving an ancestral account of Ansari primarily spoke about his father Habibur Rahman Ansari’s invaluable contribution to the freedom movement. What followed was the journey through Ziaur Rahman’s pursuit of politics which was turbulent and spanned a period of almost three decades, showing how he contested 9 elections.

Ziaur, not only being a man of strong ethics and politics, nevertheless was a man with a passion for fine arts, poetry, literature and music too. Ziaur was also inspired by Abul Kalam Azad’s legacy which was one of the cores of Rahman’s life. The hardships suffered by the Ulamas aka the religious scholars after the Mutiny of 1857 have also been explored by Fasihur here highlighting the true role of Darul Uloom Deoband in the Indian freedom struggle. I, for once, was amazed by this one since like mentioned earlier, I realized that many religious scholars, many freedom fighters have remained unsung, unacknowledged in their role in the struggle against the British rule for reasons which were, are and perhaps will always be something we shall never be able to comprehend fully. Racism, unfortunately, in the most erred way possible, nevertheless, Fasihur has brought forth a lot of undeciphered and unknown details forward.

Have you ever known or read about the famous Shah Bano case and the subsequent judgement of 1985? Well, the book explores the same in its entirety giving us Ziaur’s intervention in the Parliamentary debate on the SC judgement.

Ziaur Rahman was the president for a tenure of almost three decades at the All India Momin conference. The book provides a complete walk through the evolution, historical significance, mandate, and contribution of the conference in the complete socio-economic upliftment of the Muslim artisans. It also highlights their contribution to the freedom movement in India.

The last two years of Ziaur’s life were traumatic as Amyotrophic Lateral Sclerosis, an incurable neurological disorder, marked them. Characterized by loss of speech this is one of the most painful possible diseases and indeed Ziaur’s pain and anguish must have been sheer agony.

This Urdu couplet which was used by Ziaur himself to express the trauma of the condition he was reduced to was something that shook me personally, making me fathom and realize the kind of inability and pain the disease might have led him to. It was heartbreaking to read the complete scenario, especially since Fasihur has revealed how even being the prominent voice he had been, Ziaur was unable to speed track the path to going abroad and procuring the treatment which would have cured him.

A brilliantly written book, this one is a memoir you surely should not miss. Fasihur Rahman is impeccable in detail, immaculate in expression, not shying away from portraying facts as well as refraining from giving any kind of a judgmental tonality to any of the data he has provided. A crisp narration, this one will give you a lot of detail especially as it delves into pre as well as post-independence happenings and thus will be of interest as well as use to readers and historians too alike.

A memoir and biography which gives an unfiltered, unbiased view of a political stalwart’s life highlighting his remarkable and inspirational achievements as well as clearing the air around the controversies surrounding him

So, I hope you guys liked my book review of Wings of Destiny – Ziaur Rahman Ansari – A life by Fasihur Rahman.

Stay tuned with us right here at Booxoul for the best in the field of entertainment, lifestyle, food, fun, finance, fashion, education, tech and gadgets, and all things bookish.