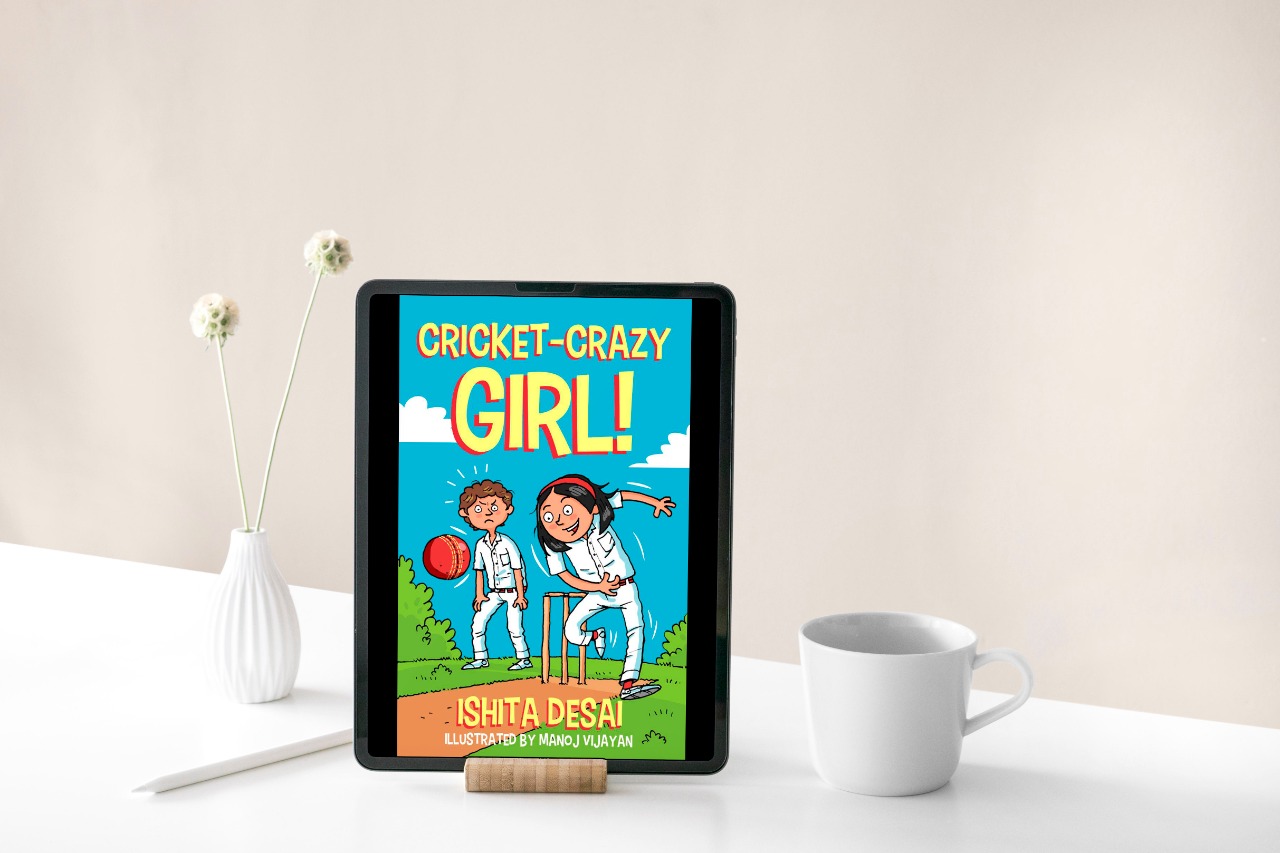 The Internet Moguls Of The World

When Coach Ravi comes up with the idea of a mixed team for the interschool cricket tournament, the only girl who turns up for practice is Class 7 student Tania Pareek. But it isn’t the game that will put Tania to the test so much as a gang of rowdy boys who think girls can’t play cricket!

High-and-mighty Rahul, the leader of the boys, wants to make sure that Tania’s place is amongst the spectators and not on the team. To make things worse, her marks in maths are going down and her teacher is on her case! Matters turn nasty for Tania on and off the field, and the question everyone is asking is: will she make it to the cricket team?

People are much deeper than stereotypes. That’s the first place our minds go. Then you get to know them and hear their stories and you say, I’d have never guessed.

Exactly. I mean isn’t that the whole point of multi-dimensional, rational thinking? To not typecast or stereotype people? Instead of sitting down and trying to ‘lord’ and decide which thing pertains to whom and does not cater to whom, we should rather be investing our energy towards breaking free of such a narrow, limited kind of mindset.

As James Forbes has rightly pointed out, When people rely on surface appearances and false racial stereotypes, rather than in-depth knowledge of others at the level of the heart, mind and spirit, their ability to assess and understand people accurately is compromised. I’d add social and practically all other stereotypes to this one. Judging, typecasting and targeting seem to have become a very strong, inherent part of our mentality not only leading to a regressive effect in terms of our actions but also creating a very backward glancing sort of a culture that is absolutely detrimental to the growth of any society.

In such a scenario, a book that has recently come in a milder form of fiction namely pertaining to Children and Teens promises more than mere refreshment and entertainment. It is a purpose-driven title, with a shout out towards subtly addressing a major setback existing in our societal system namely social stereotyping.

Yes, you heard that right. In such an advanced age when we have actually proceeded way beyond Moon (Mars for that matter!), holding social biases towards something as backward as discriminating against women entering and scoring success in certain fields is not what we should have been really doing at all! I mean come on, so what if it is Kiran Bedi who is a much better super-cop than another? Or for that matter is it really important that Sugar Cosmetics or even major pharma giant companies like Emcure Pharmaceuticals are not genuine, ‘traditional millennial’ companies simply because their founders are successful women like Vineeta Singh and Namita Thapar. Or is it like Literature and writing shall tend to lose their true meaning, impact and sheen when iconic female writers like Arundhati Roy or Sudha Murty put a piece of their mind forward?

No Sir! The problem lies in the regressive mindset. The mentality that women cannot enter or be in certain fields. These norms have been pre-set ages ago, and still, continue to be prevalent biting away at the core insides of the progression of any economy like a termite.

But why is it so? Simple. Be it a man or a woman. Fundamentally, both have been equipped with the same knowledge, intelligence and expertise. There is nothing genetically or otherwise too, that separates them in the manner of deliverance, be it professionally, aesthetically or from an entrepreneurship point of view.

Yet, women are type casted. Chastised unnecessarily for crimes we have not committed huh?

Time we shunned such mindsets and look forward to a more broad-minded, incorporating kind of perspective towards both the genders.

Having recently come across this Children and Teens book by Author Ishita Desai-Cricket Crazy Girl! Which is the story of Tania Pareek, who against all odds and bottlenecks hurled at her by the regressive, backward male dominant society (you heard that!) manages to fight for her dreams and pursuits towards cricket, a so-called Man’s play. With a captivating plot, a fun storyline and a light narrative, I feel Ishita still has managed to subtly but surely put across a very important message in terms of breaking the social stereotypes and looking multidimensionally at all aspects rather than treating the opposite gender with chastisement. Not only have the characters in her book been created to resonate with this one, but I also feel that as responsible individuals it is essential that we incorporate such ideas in our teens and youngsters right from an early age itself, thus helping them break the shackles of such a regressive mindset and cancel culture of sorts.

Ishita has written a fabulous fiction. But more importantly, she has addressed an issue that is a major hindrance in the overall progressiveness of any society at large and needs to be done away with. I rarely come across such simple yet purpose-driven pieces of writing. Kudos to her for fusing purpose with entertainment via fiction. Do grab a copy of this one, sharing it with teens too so that they value the importance of an all accommodating mindset.

So hope you guys liked this review of Cricket Crazy Girl! By Ishita Desai.

Do let us know in the comments below your thoughts on this one. So, tell us what blogs you would like us to get for you and we at Booxoul, India’s best book review and lifestyle blog shall be glad to bring them over for you.